Welcome to one of the most exotic islands in the world

Socotra, a Yemeni island in the Indian Ocean known for its vast biodiversity, seeks to regain its strategic role to support the country’s economy. 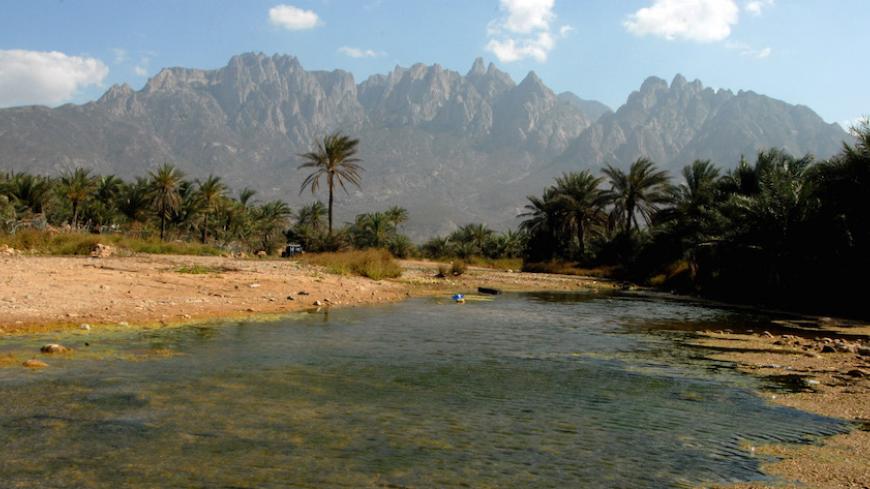 A view of the untouched Yemeni Island of Socotra, a site of global importance for biodiversity conservation, located in the northwestern Indian Ocean, March 27, 2008. - KHALED FAZAA/AFP/Getty Images

ADEN, Yemen — The Yemeni island of Socotra offers diverse and unique scenery. It is a place where history and culture meet in a magnificent natural setting with high levels of biodiversity. The island is home to a rich flora and fauna that includes rare species of birds not found anywhere else in the world.

The island’s geographic location has a strategic importance. Located on the international sea lane that links the Indian Ocean to the Arabian Sea through the Bab el-Mandeb Strait and just 300 kilometers (186 miles) from the southern shores of Yemen, the island grabbed the attention of colonial states. It was occupied by Portugal from 1507 until 1511 and by Britain from 1886 to 1967, along with other cities in south Yemen.

The Soviet Union also had a military presence on Socotra during some of the Cold War, when the island belonged to South Yemen.

Historically, the island was known for the production and export of sacred goods. It was famous for the trade and production of agarwood, which is a variety of incense used in religious rituals of ancient civilizations. 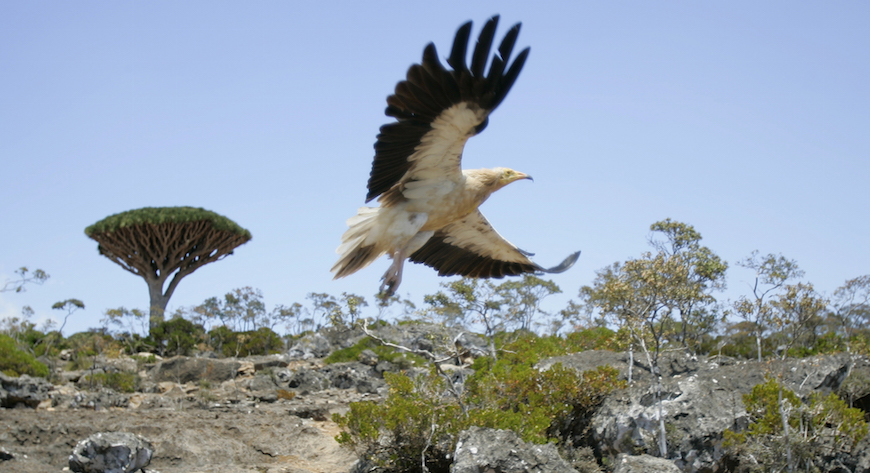 Dragon's blood trees (L) and Socotran "desert roses" stand on a hillside in the protected area of Homhill on Socotra Island, Feb. 1, 2008. (photo by REUTERS/Alistair Lyon)

Ramzi Mahrous, governor of Socotra archipelago, told Al-Monitor, “Socotra is among the wonders of the world, as it features a spectacular nature rich with rare trees and other unique flora, not to mention the clearest beaches in the world.”

He added that the island includes various touristic locations and attraction sites, which represent substantial financial resources for the state’s budget and underscore the island’s significant economic role.

Socotra Island is the largest island of the Socotra Archipelago, which also includes the islands of Samha, Darsa and Abd al-Kuri.

Mahrous further added that Socotra is currently witnessing harsh and bitter circumstances, despite being relatively isolated from the ongoing conflict in the country. It was hit by two consecutive cyclones, Chapala and Megh, at the end of 2015, which inflicted human and material damages.

He also pointed out that since the island is relatively far away from the Yemeni mainland, many of the citizens find it hard to have all their needs met. Flights to and from the island have been suspended in the wake of the country’s ongoing turmoil.

On the other hand, Socotra Island is one the four most important islands in the world in terms of biodiversity and vegetation, as it is home to thousands of endemic plants, animals and birds. 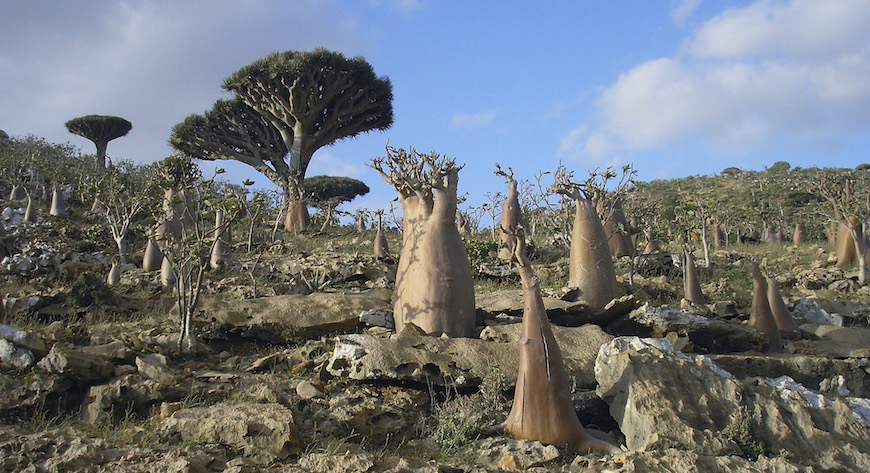 Ismail Mohamed, an independent researcher who has studied and written about Socotra, told Al-Monitor, “The island of Socotra has a dense vegetative cover, with more than 850 species of plants, 40% of which are rare and endemic, and 11 species of birds that do not exist anywhere else in the world.”

According to Mohamed, there are three valuable endemic plant varieties in the island, including the following:

Mohamed explained that the island is known for its religious diversity. He pointed out that before the 15th century, three churches were built, but today only their ruins remain.

He also noted that there are archaeological sites dating back centuries, bearing Sabaean and Himyarite inscriptions and others bearing ancient Syriac inscriptions that have yet to be deciphered.

The island of Socotra is characterized by the diversity of its economic resources, as one of the important areas for fishing and a center of tourism because of its enchanting natural landscapes. The island is also rich with various types of soil, such as histosols, composed mainly of organic materials, floodplain soil, laterite soil and others, which contribute to the revitalization of the agricultural sector, especially the cultivation of dates. This is in addition to the favorable climate for beekeeping

The cultural customs and traditions of the island are perhaps similar to those of the eastern and southern areas of the coast. The Socotran society uses within the island a special language, Socotri, alongside Arabic.

Although the island is far from the raging conflict in Yemen, the United Arab Emirates has shown particular interest it. In the wake of the two successive cyclones that wreaked havoc in the island, the UAE intensified its relief activity by sending aid to the island.

Some Yemeni media outlets even speculated that Abu Dhabi is providing aid and relief based on its intention and ambitions to take over the island, which has a huge natural reserve, and turn it into an investment destination under its influence.

The people of Socotra want the island to regain its position as a strategic island, taking advantage all of its resources to serve the national economy and achieve broad development. This would turn the bitter reality of the island’s residents into a bright one.