Despite stepping back from its military role in Yemen, UAE influence remains strong in the country's south, especially on Socotra island. 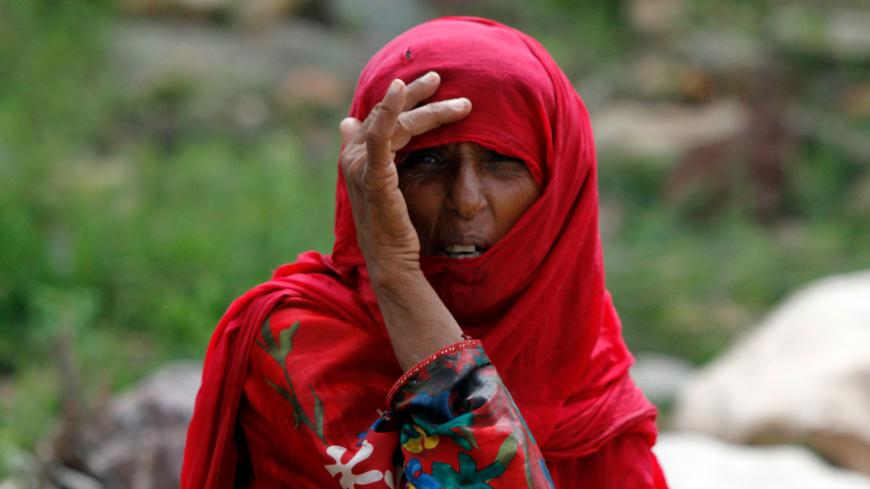 A woman sits on the road to Homhil on the island of Socotra, Nov. 21, 2013. - REUTERS/Mohamed al-Sayaghi

Yemen’s Socotra island has become the center of a power struggle between the Yemeni government and the secessionist Southern Transitional Council (STC). Tensions have been running high, especially since two government battalions defected last month and joined the STC. The defections clearly indicate that Socotra is contested and polarization will continue, despite Saudi-led peace efforts in Yemen’s south.

Moreover, more US Marines arrived on the island March 7, raising new speculation that the United States wants to establish a military base there. Some Marines also had deployed in December to the island southeast of Yemen's coast.

The United Arab Emirates (UAE) is part of a Saudi-led coalition formed in 2015 to fight Yemen's Houthi rebels. But coalition relations became strained as the UAE began supporting the STC's movement to secede. The Saudis want a united Yemen.

Tensions continued to escalate this month. On March 2, STC and UAE forces reportedly kept Saudi military forces from entering the southern port city of Aden. On March 12, the coalition denied STC leaders permission to land in Aden as they prepared to return from Jordan. Then, on March 15, STC and UAE forces allegedly closed off the presidential palace in Aden and refused to allow Yemeni government officials to meet there.

This is all despite a power-sharing deal mediated by the Saudis in August between the southern separatists and the UN-backed Yemeni government of exiled President Abed Rabbo Mansour Hadi. The deal sought to resolve the struggle in the south and unite war efforts against the Iran-backed Houthi rebels in the north. But discord continues in the south, and Socotra is a case in point.

Socotra, the largest island in the archipelago of the same name, has seen two recent cases of military mutiny against the Hadi government. The first occurred in early February when a coast guard battalion rebelled and declared allegiance to the STC. Soldiers hoisted the flag of the former independent state of South Yemen and brought down the flag of unified Yemen. Socotra Gov. Ramzi Mahroos accused the UAE of supporting the battalion's rebellion, warning in a Facebook post Feb. 4, “This matter instigates conflict and division in the province.”

The same month, another battalion defected, adding to the tensions on the island. The mutiny of military battalions has deepened the divisions on Socotra and could sow new confrontations between the Hadi government and the STC.

Mokhtar al-Rahbi, an adviser to the Hadi government’s Ministry of Information, tweeted Feb. 27 that UAE money has pushed the STC to begin a rebellion in Socotra to consolidate the UAE’s influence.

Since war broke out in Yemen in 2015, the UAE has established a substantial presence on the island through its charity projects and military activities. The humanitarian projects are conspicuous and include health, education and housing facilities. According to the Emirates News Agency WAM, the UAE offered $6 billion in aid to Yemen from April 2015 to February 2020. Socotra has received a considerable share of that aid.

In addition to its economic and humanitarian assistance, however, the UAE's military forces on the island challenge the government’s authority. The UAE opened military bases without coordinating with Yemeni authorities. It seems the Emirates' formula in Socotra is to give people aid and get sovereignty over their land. In 2018, Yemeni government officials described the UAE military presence as an “occupation” and “act of aggression.”

Seeing the UAE's ambition in Socotra, the Yemeni government has repeatedly slammed the Emirati role, demanding its expulsion. As the schism between the two has widened, mutual understanding and trust have become frail.

In July 2019, the UAE confirmed it would withdraw many of its forces from Yemen and change its strategy from the military approach to a diplomatic one. Since then, the UAE has indeed cut its forces on the mainland but has continued to deploy UAE-trained Yemeni forces on Socotra.

The UAE legacy will endure on Socotra, and loyalists — including the STC — will continue to consult closely with Abu Dhabi. The UAE may not have boots on the ground in Yemen's mainland, but it maintains powerful leverage in the south through its local allies whose military and political muscle has grown stronger since 2017 when the STC came into existence.

Mohammed Abdu, a Yemeni political journalist, told Al-Monitor the UAE plays a vital role in directing the scenario in Yemen’s south. “The UAE is a big player in southern Yemen and Socotra," he said, "and it will use its potential and temptations to at least keep influence on this island.”

Abdu said the battalions' recent defections clearly indicate the fragility of the Yemeni government, and its weakness has allowed the STC to emerge as an influential actor on the island. He added, “I don't think the STC is hugely popular on the island now, but if the government's fragility continues, the STC will be stronger and will take over Socotra, just as it did Aden.”

Critics of the Hadi government say it is responsible for the Socotra volatility, not the UAE. Majed Aldaare, editor-in-chief of Moragboonpress, told Al-Monitor the government's corruption and physical absence, as well as its continuous defeats by the Houthis, pushed the battalions to defect.

The government, by itself, isn't capable of eliminating the secessionists' presence. As political talks flounder, the conflict has disrupted the peace of Socotra, a UNESCO World Heritage Site known as the "Galapagos of the Indian Ocean." Its strategic location will make ending the power struggle a difficult task.