Will the true culprits surface in Lebanon's infamous Internet racket?

Officials are investigating claims of corruption and espionage in Lebanon's Internet management. 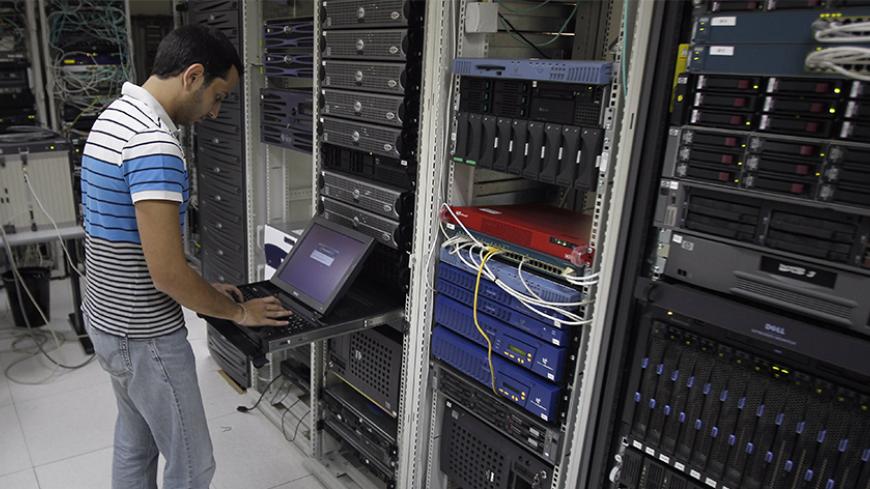 An engineer works in the network colocation center of the Internet Service Provider Terranet in Beirut, Oct. 13, 2011.

BEIRUT — Lebanon's illegal Internet scandal has been a hot topic since it fell under the public spotlight last month. Illegal transmission stations have been dismantled and legal and judicial investigations are ongoing. But what remains to be seen is whether the investigations will be completed to ensure the prosecution of everyone involved.

The Ministry of Telecommunication had informed the parliamentary Communications and Media Committee of legal, financial and security dangers related to companies illegally providing Internet services through fiber optic transmission stations and receivers not subject to state supervision. Following the committee's March 8 meeting, committee head Hassan Fadlallah of the Shiite Hezbollah party announced the information during a joint press conference.

Owners of an estimated seven stations have been buying bandwidth at a low price from outside the Lebanese network, specifically from Cyprus and Turkey, and then selling it to Lebanese subscribers at prices lower than the official rate, officials say.

Lebanon's Internet sector is run by the state-owned company Ogero, whose director general and general manager Abdel Moneim Youssef has more than 52 complaints, lawsuits, warrants and warnings issued against him. The Progressive Socialist Party has called for an April 20 protest against his alleged corruption.

The Communications and Media Committee has been holding weekly meetings in parallel with other security meetings to follow up on the issue. The latest meeting was held April 11 with concerned ministers and officials representing the main security services. Following that meeting, Telecommunications Minister Boutros Harb announced that four people had been arrested with the help of Cyprus on the grounds of having illegally brought communication hardware into Lebanon from Turkey. A warrant was issued for a fifth person.

Also, the public prosecutor for financial cases, Ali Ibrahim, has filed legal actions against 22 people implicated on counts of illegal installation, sale and investment, embezzlement, wasting public money and tax evasion. Investigations are underway to find the owners of the illegal stations and all involved parties. So far, Cyprus has not issued an official position on the issue.

Four huge illegal stations that were inspected and uninstalled were equipped with the latest technology devices and set up in Faqra and Eioun al-Siman.

Security sources following up on the case confirmed to Al-Monitor that ongoing investigations show a much higher number of illegal stations, some dating back to 2009, but that their owners managed to uninstall them immediately after the scandal was revealed.

The scandal came to light when a group of licensed Internet service providers (ISPs) filed a complaint Jan. 25 with the Telecommunications Ministry against 12 companies, licensed by the ministry, for allegedly selling Internet services illegally.

Finance Minister Ali Hassan Khalil said during a Communications and Media Committee meeting March 30 that 30% of activity in the Lebanese Internet market is illegal, causing the treasury to lose of as much as $200 million a year. A technical investigation by Ogero concurs with those figures.

Fadlallah warned that the situation exposes the Lebanese people to piracy and espionage, especially since numerous state institutions and security services —- most notably the president's palace, the parliament and Lebanese army departments — have been unknowingly using the illegal systems. The ISPs they have dealt with are licensed by the Ministry of Telecommunications. However, the most dangerous implication is that these Lebanese official headquarters may have been using Internet connected to Israel, which represents a breach of state sovereignty and an act of espionage.

Many questions came up during one of the meetings about how the illegal Internet companies managed to bring in the large equipment for their stations through legitimate border crossings, airports or ports without being caught by customs officials, especially since such imports usually require Telecommunications Ministry authorization.

Other questions were also raised about how people or entities managed to install equipment to receive the Internet illegally under the nose of the security forces — hinting at a major corruption scenario.

Security sources told Al-Monitor that “most of the equipment that entered Lebanon was imported into Syria, and then smuggled over land to Lebanon, and the remaining part passed customs inspection by being labeled as computer devices, which unlike communication equipment, do not require an inspection by the Ministry of Telecommunications.”

The sources said that data service providers (DSPs) provide global Internet gateways, while ISPs connect their clients, whether companies or individuals, to the Internet through the DSPs licensed by Ogero that operate the landlines in Lebanon.

“38 ISPs operated in Lebanon before 2014, but when Minister Boutros Harb assumed the communications portfolio this number rose to 115, since he licensed 67 new companies,” the sources added.

“The problem is that a number of ISPs sought to get Internet services illegally through companies in Cyprus and Turkey, at a lower cost. These licensed ISPs were thus operating through legal and illegal channels at the same time.”

Ogero is entrusted with leasing access to international capacity on behalf of the government. However, the companies in question get their access lines through Cyprus and Turkey at the giveaway price of $30 each, and then resell the service in Lebanon for $100 to $150.

“Who are the companies that offered discounted prices? What is their interest in all this?” the sources asked before continuing, “This is the security dimension of the Internet scandal. Fingers are pointed toward Israel, the enemy state of Lebanon, which of course may benefit from this and is always seeking to breach Lebanon's security and strengthen its espionage capacities over its territories. This won’t be Israel’s first espionage attempt; back in 2009 an illegal Internet transmitting station was discovered in the mountainous Tallat al-Barouk region, and it turned out to be connected to Israel.”

The latest chapter of this scandal involves an underwater cable spotted at the mouths of two rivers, Nahr al-Kalb and Nahr Ibrahim, which are roughly about 17 kilometers (10 miles) apart; Youssef revealed the presence of the cable and indicated during a parliamentary meeting that the line is used for illegally distributing Internet access. On April 12, the Lebanese army inspected the cable in the presence of Ogero technical units.

The Telecommunications Ministry issued a statement saying, “The underwater cable connecting Nahr Ibrahim and Nahr el-Kalb is a fiber optic cable of a large capacity that allowed the transmission of different communication services: sound, data, Internet and images."

However, the statement added that 40 days passed between the time the news hit the media and when the cable was inspected — enough time for the violators to cover up their activity.

Ziad Aswad, a member of the Communications and Media Committee, told Al-Monitor, “What is happening is wrong [on many levels], since no progress has been made on the issue.” Aswad fears the corruption will not receive appropriate judicial treatment and will be covered up to hide the real culprits, whose identities are yet to be revealed.

He said the crime would only be properly dealt with “before the judiciary and not the parliament, which is not performing its duties as it should.” 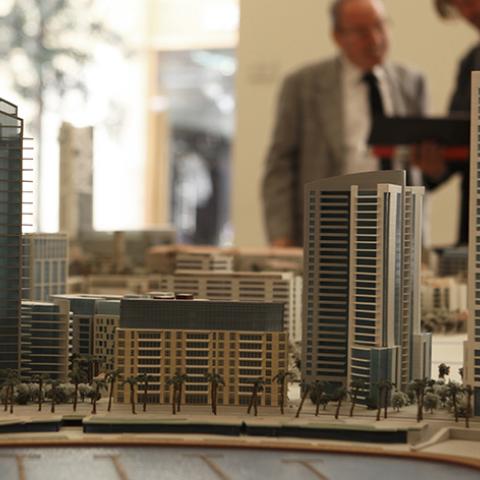