Is inequality rising in Rouhani’s Iran?

With the nuclear deal in hand, President Hassan Rouhani’s greatest challenge in the run-up to the 2017 presidential elections appears to be ensuring not only that the dividends of his foreign policy focus are reaped, but that they are evenly distributed. 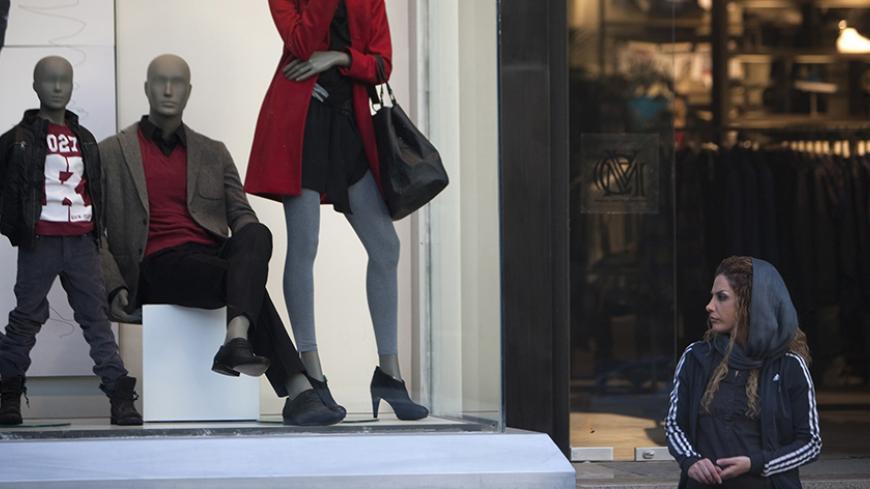 An Iranian woman looks on as she stands next to a Benetton shop window in northern Tehran, Oct. 24, 2010. While ordinary Iranians were struggling to survive the deepening economic uncertainty of international sanctions, the gap widened between the most disadvantaged and the wealthy. - REUTERS/Morteza Nikoubazl 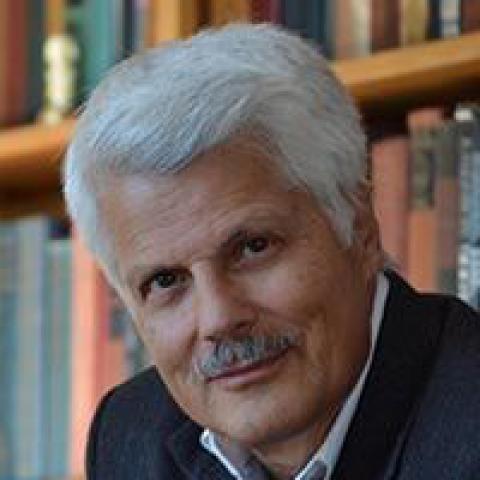 Last month, the Statistical Center of Iran (SCI) released a report showing that economic inequality had increased during the Iranian calendar year 1393 (March 21, 2014 - March 20, 2015). The rise in inequality comes after four years of continuous decline.

The news is unwelcome for President Hassan Rouhani, whose program of economic reform is under fire from his political opponents for failing to improve life for ordinary Iranians.

The Rouhani administration has been credited for turning Iran’s battered economy around, registering a modest 3% growth in 2014. However, the economy appears to have been at a standstill last year. Indeed, another report just released by SCI shows that unemployment in 2015 was up by half a percentage point, to 11%.

There is little doubt that with continued reintegration into the global economy, Iran will experience more robust growth. All expectations are for a growth rate of 5% in 2016. However, given the rise in inequality in 2014, when the economy experienced a 3% growth, important questions should be raised about whether future economic growth under Rouhani will be (in)equitable.

A more detailed examination of the household expenditure survey for 2014, on which the SCI report was based, shows clearly that, at least in terms of personal consumption, growth was highly unequal. Unlike gross domestic product (GDP) per capita, which grew by 1.5% in 2014, average per capita expenditures actually fell by 1.5%. More importantly, the rate of decline was sharply higher for lower income groups. 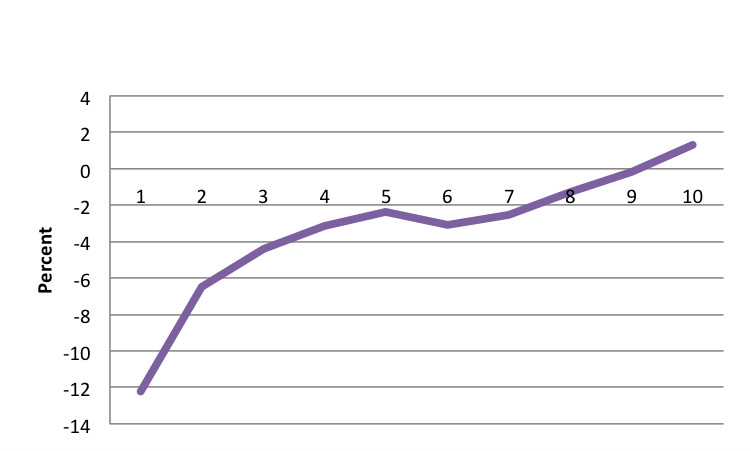 The same surveys show that poverty in 2014 was higher than it had been in four years. Nationally, 6.21% of the population was under the $5 per person per day poverty line (measured in international dollars), up from 4.14% in 2012. Most of the increase in poverty stemmed from rural areas, where growth usually takes longer to reach. In 2014, 9.27% of the rural population was poor (using a lower poverty line of about $3 purchasing power parity), compared to 3.74% in 2012. Iran does not have an official poverty line, so these are lines that are appropriate for Iran’s level of GDP per capita. Changes in poverty over time are not sensitive to where the poverty line is set.

Of course, a one-year increase in inequality is not a trend. Inequality, like other economic indicators, fluctuates. In the past 30 years, half the time when inequality increased, it decreased a year later. The Generalized Entropy index, known as GE(2), which is more sensitive to income at the upper end of the distribution, fluctuates even more. Figure 2 graphs the GE(2) index for the entire period for which we have micro data. It also charts Iran’s Gini index, the most commonly used measure of inequality. (Note that the GE(2) is the Generalized Entropy index, which is more sensitive than the Gini index to changes in higher incomes.) 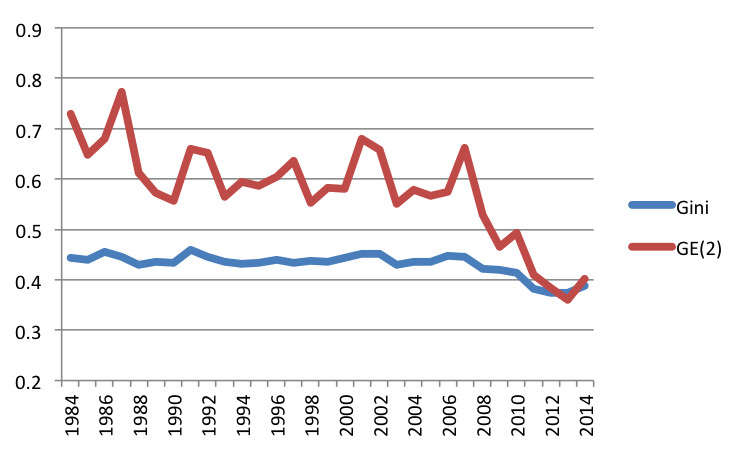 A critical fact revealed by the long-term trajectory of the Gini index is that, given the egalitarian promises of Iran’s 1979 Islamic Revolution, inequality remained too high and for too long. Even during the eight years of the left-leaning administration of President Mohammad Khatami (1997-2005), the Gini index failed to fall below 0.43. This failure was the fundamental appeal of the promise by President Mahmoud Ahmadinejad (2005-2013) to try something different, or in his words, “to take the oil money to people’s dinner tables.”

Indeed, during the last four years of Ahmadinejad’s tenure, inequality did come down. Was this the long-awaited fulfillment of the Islamic Revolution’s egalitarian promise, or a mere populist ploy achieved by the distribution of cash? His critics have contended that it is the latter.

There is little doubt that cash transfers reduced inequality. It is also true that sanctions and economic mismanagement hurt incomes at the top of the distribution more than at the bottom, as evidenced by the sharper decrease in GE(2). Yet, neither is a desirable way to improve equity.

But as Michael Ignatieff observed in his perceptive New York Times essay written shortly after Ahmadinejad’s initial election in 2005, lack of attention to equity can undermine confidence in moderate and liberal rule in Iran. Rouhani’s pro-market economic philosophy is considerably to the right of Khatami’s. Will it thus blindside him to this potential danger?

One possible reason for the rise in inequality in 2014 is the more than 30% increase in energy prices without any compensation in the form of increase in cash transfers. Rouhani’s allies and close associates have not minced words in putting down cash transfers, equating them with “fostering beggars.” An increasing number of leading development economists believe that cash transfers are an effective way to reach the poor.

There is also a warning in the fluctuation in the GE(2) index. Inequality appears to increase nearly every time oil income fuels economic growth, as it did during the oil price increases of 1990-91, 2000-2001 and 2006-2007. As I noted in an article in 2009, published in the Journal of Economic Inequality, rising oil income generates economic growth but trickles down unevenly. The rise in inequality in 2014 coincided with the (limited) inflow of foreign exchange due to the sanctions relief under the Nov. 24, 2013, Joint Plan of Action. Will future inflows then mean further increases in inequality?

Perhaps not. But in the polarized political environment of today’s Iran, even a one-year increase in inequality can be quite disconcerting. A rumor, attributed to Ahmadinejad’s followers, floated last week that were he to come back to office cash transfers would increase five-fold! Thus, with the nuclear deal in hand, Rouhani’s greatest challenge in the run-up to the 2017 presidential elections appears to be ensuring not only that the dividends of his foreign policy focus are reaped, but that they are also evenly distributed.