Why Israel supports US monopoly on peace talks

Egypt, the Palestinians and even the United States itself favor greater involvement by Quartet members in restarting a more even-handed, two-state solution process. 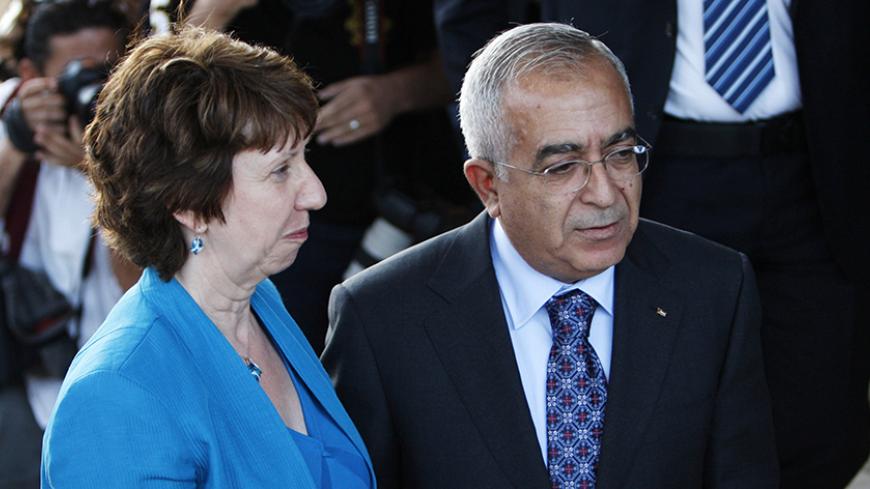 The Middle East Quartet’s decision to prepare a joint report on the obstacles to a two-state solution with recommendations for how to renew a Middle East peace process is probably a turning point in the international community’s diplomacy on the matter. The United States is gradually moving away from being the sole mediator in the resolution of the Israeli-Palestinian conflict.

This change is acceptable to the US administration, given Secretary of State John Kerry’s failed efforts in spring 2014 as well as President Barack Obama’s preference for collective diplomacy (as in the Iran and Syria negotiations). The news is also welcome in the Arab world. Despite Obama’s strained relationships with Prime Minister Benjamin Netanyahu, the Arab states concerned with the Palestinian quest for a state continue to be suspicious of America’s traditional pro-Israeli stance. Adding the European Union, Russia and the United Nations as actors in this quest, the Arab world believes, would balance future peacemaking.

A senior Egyptian official told Al-Monitor on condition of anonymity that President Abdel Fattah al-Sisi spoke recently to French President Francois Hollande and Russian President Vladimir Putin of the necessity to create international support for Palestinian President Mahmoud Abbas, by way of an international initiative for a realistic two-state solution. Egypt is concerned that without it, the Palestinian Authority will destabilize in favor of Hamas.

Egypt favors a Security Council resolution initially suggested by the French that would also freeze settlement construction and declare Palestinian statehood. The Egyptian official claimed that there is already international consensus on most, if not all, relevant issues to a permanent status agreement.

This statement is partly correct. All the major international players favor a resolution to the conflict based on a new border on the 1967 lines with mutually agreed-upon land swaps. The 2002 Arab Peace Initiative is accepted by all, including the United States, as an important basis for future regional peacemaking. There is consensus on “an agreed and just settlement” to the Palestinian refugee problem. These parties agree that there must be stringent security and anti-terror measures that do not infringe on future Palestinian sovereignty. The international community is united on the need for a settlement freeze.

On two issues, however, there is a divergence of views. On the sharing of Jerusalem as two capitals for two states, the United States hesitates on defining the scope and place of the Palestinian capital in the Jerusalem area. On the issue of mutual recognition, only the United States favors the recognition of Israel by the Palestinians as the homeland of the Jewish people.

The Palestinian leadership is very much in favor of eroding the US monopoly on mediating a two-state solution. A senior Palestinian official who has been involved in virtually all previous Israeli-Palestinian peace efforts expressed to Al-Monitor on condition of anonymity great frustration about American attitudes toward a two-state solution, saying, “The US administration, in all its diplomatic peace efforts, is not an honest broker, but mostly represents Israel’s interests. Every administration is influenced by the powerful Jewish lobby." He sharply criticized Kerry, who during the 2013-14 peace talks mostly presented to Abbas Netanyahu’s positions and not those of the United States, explaining, “It has always been the American approach, even during the Oslo process, to first explore what the Israeli side is ready for and then to exert pressure on the Palestinian side to accept these positions. With this type of mediation, Israel will always have the upper hand.”

The official predicted an even more one-sided American position with the next administration beginning in January. He therefore concluded that it is essential for the success of a two-state peace process that it involve other international players, especially the EU, UN and Russia, which are, in the Palestinian view, more even-handed.

The Israeli view is very different. A senior Israeli Foreign Ministry official told Al-Monitor on condition of anonymity that the Netanyahu government rejects the efforts to create a wider forum in favor of a two-state solution, saying, "Every negotiation must be bilateral and unconditional. The only legitimate facilitator able to bring this about is the United States.”

The Egyptian and Palestinian points of view to enlarge the international support system for a two-state solution are legitimate and have clear advantages in an era of collective diplomacy. Yet, the Palestinian side would be better served to deal in a more balanced way with the American administration. It remains, given its relationship with Israel and its international efforts, the main international peace broker. All in all, it is difficult to accuse Obama and former President Bill Clinton of not being supportive of Palestinian statehood.