Will Israel throw Erdogan a lifesaver?

The roles appear to have been reversed, with Turkey more keen on mending fences today than Israel. 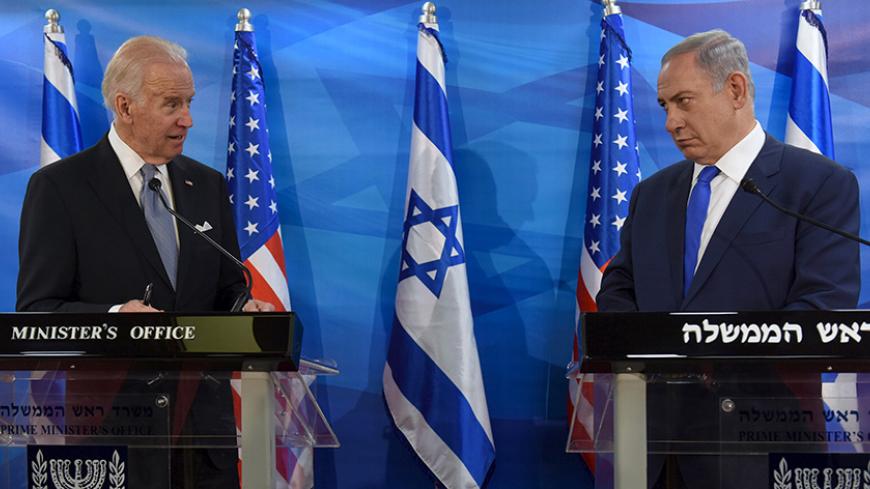 Recent months have witnessed much talk, suggesting the long-awaited reconciliation between Turkey and Israel is around the corner. Uncharacteristically positive remarks about Israel from President Recep Tayyip Erdogan and upbeat statements from Turkish government officials have also increased expectations.

Yet the rapprochement has not happened yet, and it is not clear when it will, despite reports that senior diplomats from the two countries are working to finalize the deal. There also seems to be a slight reversal of roles, with Israel less keen now than Turkey to conclude a deal without reportedly securing assurances on some “red line issues.”

This emerged again with reports in the Israeli media that Washington is actively encouraging Prime Minister Benjamin Netanyahu to normalize ties with Turkey as soon as possible. According to daily Haaretz, Vice President Joe Biden, who was in Israel on March 6, told Netanyahu that Erdogan wanted to conclude a deal with Israel as soon as possible.

Biden, who reportedly is ready to mediate to achieve this goal, is said to be encouraging the two countries to also cooperate in the energy field by arguing that Turkey provides the most economical route for Israeli natural gas exports to world markets.

Turkish analysts believe Washington wants to “consummate” the Turkish-Israeli relationship with a strategic deal in the energy field.

Diplomats in Ankara have also noted the more positive tone Erdogan is employing toward Israel in recent months. Erdogan told reporters in January, as he was returning from an official visit to Saudi Arabia, that Turkey and Israel are two countries that need each other.

“Israel is in need of a country like Turkey in the region. We have to admit that we also need Israel,” Erdogan said, adding, “This mutual need is a fact of the region.”

This is a far cry from when he was openly vilifying Israel as an adept killer of Palestinian children, an accusation he flung in then-Israeli President Shimon Peres’ face at Davos in January 2009.

Erdogan, who was prime minister at the time, went on to reduce Turkey’s diplomatic representation in Israel after Israeli commandoes killed nine pro-Palestinian Turks on the Mavi Marmara aid ferryboat in May 2010 as it tried to run Israel’s Gaza blockade. Relations took a nosedive after these events.

Considering the sensitivities of his Islamist supporters, Erdogan, until recently, was reluctant to appear keen on any reconciliation if Israel refused to formally apologize for the Mavi Marmara raid, pay compensation for those it killed or lift the siege of Gaza.

As to the Gaza blockade, this remains on the table, but Ankara has toned down its demands. Rather than calling for a full raising of the blockade, it is ready now to accept an arrangement where Turkey is given special access to the enclave to provide goods and services, including the provision of electricity and water.

A foreign ministry source in Ankara, who wanted to remain anonymous due to his sensitive position, pointed out to Al-Monitor that the situation in the Middle East, especially after the Syrian crisis, has also become equally pressing for both countries.

The cost of Ankara’s foreign policy mistakes has also started to rise sharply, given the new spate of Kurdish separatist and radical Islamist terrorist attacks in Turkey that the crises in Syria and Iraq have spawned directly or indirectly.

The foreign ministry source also confirmed Ankara’s uneasiness over its diminished ability to influence events in its immediate neighborhood, which are having a growing negative effect on its security interests.

“This requires that Ankara mend fences with estranged regional countries including Israel,” he said.

Meanwhile, Erdogan and Netanyahu have consolidated their domestic positions following recent elections and will clearly be around the foreseeable future. Diplomats are aware that if reconciliation between the two countries is predicated on the departure of these two leaders, this will mean a very long wait.

Given this relatively opportune backdrop for reconciliation, one would expect Turkey and Israel to work hard to overcome their differences as soon as possible. But there is still no clear sign as to when this will actually happen. Officials in Israel cited by the local media say that Turkish official statements suggesting that reconciliation will come soon “are overstated.”

So what lies behind the delay?

Burhanettin Duran, the General Coordinator for the Ankara-based Foundation for Political and Economic Research, a prominent think tank close to the ruling Justice and Development Party, believes reports that Netanyahu is demanding Turkey close the Hamas office in Istanbul could be one reason.

Erdogan has to tread cautiously with Hamas, given the sympathy for this group among his innately anti-Israeli supporters. Duran says, however, that the real reason delaying the reconciliation is Moscow.

“Why does Israel appear so hesitant when there are solid interests involved, such as the exporting of natural gas? The answer to this question must be sought in Moscow,” Duran wrote in a recent article for daily Sabah.

Referring to the downing of the Russian fighter jet in November, he said, “Russia is maintaining a cold war against Turkey,” adding that “[Moscow’s] maneuvers are the main reason for the lack of enthusiasm in Israel” for a rapid rapprochement with Turkey.

Soli Ozel, from Istanbul’s Kadir Has University, believes the underlying reason behind Netanyahu’s apparent reluctance on reconciliation is his continuing mistrust of Erdogan.

“In Israel they believe it would be a mistake to throw a lifesaver to Erdogan, because they can’t be certain that he will not start vilifying Israel again in the future,” Ozel told Al-Monitor.

“Israel is also establishing new links — for example, with Greece and Cyprus — which probably makes it question whether it really needs to hurry to improve ties with Turkey,” Ozel added.