If Syria cease-fire fails, what is Plan B?

The United States said it was encouraged that the Syrian cessation of hostilities appeared to be holding, with no significant violations reported in the past day, as analysts said Russia was backing the truce because it feared a quagmire and talk of a US "Plan B." 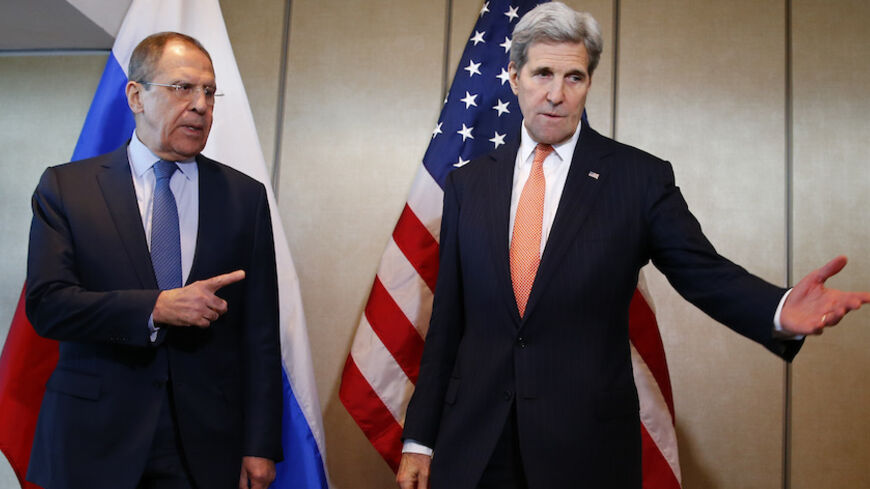 WASHINGTON — The US State Department said March 1 it was encouraged that a partial cease-fire that went into effect Feb. 27 in Syria appeared to be largely holding, with no significant violations reported over the past 24 hours. The cautiously optimistic assessment of the three-day-old cessation of hostilities came as UN Syria envoy Staffan de Mistura announced that he would host resumed talks between Syrian government and opposition delegations in Geneva starting March 9, which would last up to three weeks.

“Over the last 24 hours, we have not been apprised of any claims of additional violence of any significance,” Kirby said. “For the first time in five years, you can actually see a notable reduction in violence of an organized nature.”

The cautiously upbeat assessment came amid signs that the United States and Russia were largely satisfied with each other’s implementation of the partial cease-fire deal to date and the UN plans to relaunch a political reconciliation process to try to put Syria on a more lasting path to de-escalation and stability.

"We are delaying it to the afternoon of [March] 9th for logistical and technical reasons and also for the cease-fire to better settle down," de Mistura told Reuters. A resident correspondent at the United Nations in Geneva, Dina Abi-Saab, said a Geneva motor show was taking up most of the city’s hotel space, making it too difficult to hold the Syria negotiations before then.

“Overall, things seem to be moving in the right direction,” a diplomat involved in the international consultations on the cease-fire, speaking not for attribution, told Al-Monitor on March 1. “The US and Russia appear to be working well together. Clearly there are issues that require more careful attention … but my impression is that they both want to make things work.”

“The news we are receiving from inside Syria is that the people are optimistic,” the diplomat said.

“This is critical for the [cessation of hostilities] to hold. There has been a significant drop in air raids and shelling as well as in casualties.”

“Having said that, things can still go wrong,” the diplomat added. “The next few days will be critical.”

This is arguably the most complex cessation of hostilities that anyone has attempted to implement, with over 100 armed groups on the ground in Syria fighting an asymmetric conflict, another diplomatic observer said on condition of anonymity. It’s to everyone’s benefit to use the ISSG and UN processes to thoroughly investigate any allegations of violations while not letting unconfirmed reports derail the progress made thus far.

“As we have said from the beginning of this cessation of hostilities process, challenges are to be expected,” a senior US administration official told Al-Monitor on March 1. “But the United States, the UN and other partners are working hard to defuse violence where it arises. It is in all of our interests, and especially the interests of the Syrian people, to give this process a chance. This is a real opportunity to reduce the violence the Syrian people have endured for far too long.”

After the White House last week said that Russia was “on the hook” for the success of the partial Syria cease-fire, US confidence appeared to be growing somewhat this week that Russia was serious about trying to make it work.

Randa Slim, a Middle East Institute Levant expert who attended discussions in Russia last week, said Russian officials appear to want to seize the Syria diplomatic opportunity now because they fear a quagmire, their aims have largely been met and they fear what the United States might do if the current peace effort fails.

“They are really worried,” Slim told Al-Monitor on March 1, referring to Russian officials. “They are starting to realize they need this to work; otherwise, they will be stuck in a quagmire.”

The experts meeting in Russia last week were led to believe that it was Russian President Vladimir Putin himself who made the decision that Russia would not make a big fuss about some jihadi groups, such as Jaish al-Islam and Ahrar al-Sham, not being included on a list of armed groups that would be formally excluded from the partial cease-fire, along with the Islamic State and al-Qaeda-linked Jabhat al-Nusra, Slim said.

Russian officials also expressed concerns about recent American talk of a Plan B if the current process collapses.

“'We don’t have a Plan B,'” Slim cited Russian Deputy Foreign Minister Mikhail Bogdanov as saying. “'We are concerned about Plan B.'”

Russian officials were apparently alarmed by media reports of Secretary of State John Kerry testifying at congressional hearings last week and talking about a partition of Syria being the potential outcome if current Syria peacemaking efforts fail.

Kirby reiterated at State Department press briefings this week that what Kerry was describing was not the desired US plan but what Kerry feared could happen if the current peacemaking effort fails, the war escalates and the country’s factions become further irreconcilable.

Kerry was describing “his fear of what could happen,” Kirby said March 1. “Not what he wants to happen.”

“There is only one goal: That is a whole, unified, nonsectarian Syria, administered by a government the Syrians had a hand in choosing, that does not include [Bashar al-] Assad,” Kirby said. “Partition is not Plan B.”