The United States and Russia are trying to salvage an increasingly fragile Syria cease-fire. 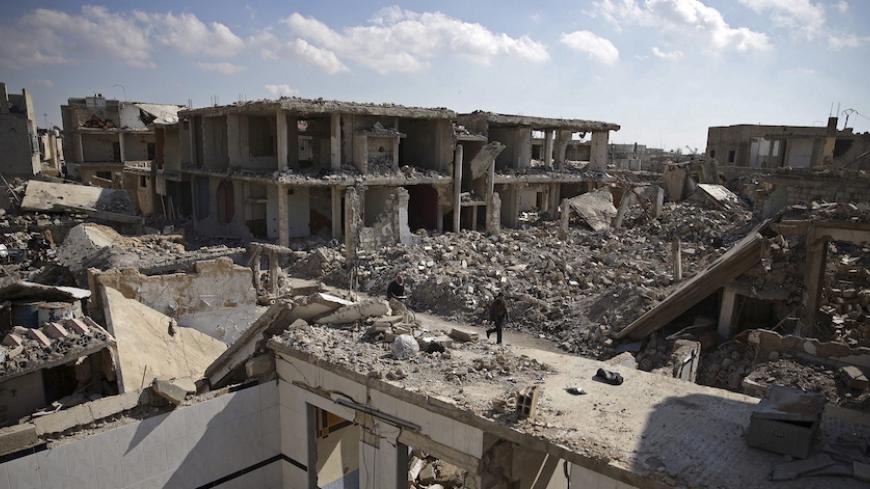 WASHINGTON — The United States expressed deep concern that a possible Russian- and Iranian-backed Syrian army operation against al-Qaeda-linked Jabhat al-Nusra militants near Aleppo could escalate hostilities with rebels and unravel the fragile 6-week-old cease-fire just as new Syria peace talks are set to resume in Geneva April 13. The warnings came amid increasing violence threatening to unravel the partial cease-fire and as diplomats said that the Syrian regime was increasingly blocking humanitarian aid deliveries.

“We are very, very concerned about the recent increase in violence, and that includes actions we believe are in contravention to the cessation of hostilities,” State Department spokesman Mark Toner told journalists at a press briefing April 11.

“The cessation of hostilities has not been perfect, but it has brought about a substantial decrease in the level of violence,” Toner said. “And to have it go off track right before the next round of proximity talks, we feel … could potentially harm the success of those talks, and we need to see real progress.”

US and Russian officials have intensified discussions about the increasing fragility of the cease-fire, including in a phone call between Secretary of State John Kerry and Russian Foreign Minister Sergey Lavrov April 10. Among the concerns are that some of the rebel groups who have signed on to the cease-fire operate close to Jabhat al-Nusra near Aleppo.

Russian officials have told the Americans that they are committed to sustaining the cessation of hostilities. Indeed, after Syrian Prime Minister Wael al-Halqi was cited telling a visiting delegation of Russian lawmakers April 9 that a Russian-backed Syrian army operation was soon to get underway to liberate Aleppo, the Russians told the Americans don’t listen to him, he’s “irrational,” a Syrian opposition contact in touch with US officials working on Syria told Al-Monitor.

UN Syria envoy Staffan de Mistura traveled to Damascus April 11 and to Iran April 12 for consultations on resuming the Syria peace talks, which he stressed should focus this round on sensitive political transition and governance issues. His consultations come also as Western diplomats say there has been a deterioration in Syrian cooperation to allow humanitarian aid deliveries and zero progress in the release of detainees in Syrian prisons, as well as no progress in a political transition.

“What we discussed was how the future intra-Syrian talks … can be effective,” de Mistura said after meeting with Iranian Deputy Foreign Minister Hossein Amir-Abdollahian in Tehran April 12. “We agreed that what is very important is that cessation of hostilities continues, that humanitarian aid reaches every Syrian, … [and] that a political process leading to a political transition is now crucially urgent. And I think it is very important for me to consult Iranian authorities because they do have an influence.”

US Ambassador to the UN Samantha Power, after a video briefing to the UN Security Council by de Mistura from Tehran, implored those countries that have influence with the Syrian regime to use it now.

“Those who can influence the regime, now is the time,” Power said.

“On Syria, we are pretty much at a crossroads,” a European diplomat, speaking on condition of anonymity, told Al-Monitor. “There is fragile momentum. The cessation of hostilities is really fragile. It can unravel.”

“We need to see if we are in position to convince the Russians to help us engineer a credible transition in Syria,” the European diplomat continued. “They have a big influence on that. … The Russians may be tempted to do some kind of fake shuffling. Take three or four opposition guys … and put them in the government. … Keep [Bashar al-] Assad there … a kind of fake transition.”

“We have to convince them to move,” the diplomat warned. “To stop the chaos in the region, we need some transition. … If Assad keeps control of the army, security services, forget about transition. … If you organize constitution reform, elections with Bashar still in control of security, I don’t think it will work. There would be a problem of credibility. The opposition will walk away. I think the Russians know that. But they want to know the Plan B.”

“Sustainable governance … needs to be prepared in advance,” the diplomat said. “If we lose the current momentum, if we don’t soon enter a credible political transition, the situation on the ground will unravel, and fighting will resume.”

The Syrian opposition High Negotiating Committee (HNC) has told the United States that the cessation of hostilities is breaking down, humanitarian aid is not being delivered, no detainees have been released and there has been no real movement on a political transition, Bassam Barabandi, a former Syrian diplomat who advises the HNC, told Al-Monitor April 12.

According to Barabandi, the HNC told US officials, “If all three items are not working well and there are not tangible results from the political negotiations, then we cannot survive, our people will reject us.”

“We will not be able to go forward. The regime is not serious for any of these four items.”

Barabandi said the HNC also told the United States that during the cessation of hostilities, the Free Syrian Army was able to fight the Islamic State in north Aleppo, and they won, liberating 27 villages. “So if you do not keep the COH [cessation of hostilities] working, you will be empowering all the extremists, the Syrian army, everybody will attack, to collapse the negotiations.”

He added, “The Americans are telling us that they understand all these points, they feel it and they are working with the Russians in order to give the cessation of hostilities and bring back the situation as it used to be two or three weeks ago, when there was a huge reduction in killing. So they try to bring it back to the way it used to be.”