Are Israel's new travel measures for Gazans a blessing or a curse?

Palestinians living in the Gaza Strip are hoping Israel's decision to ease travel procedures could be a light at the end of the tunnel. 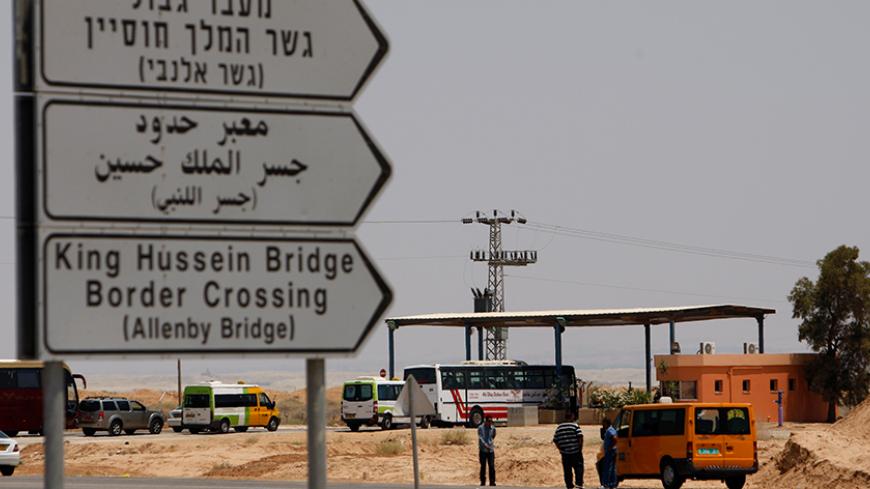 Israel is promising to loosen the noose on Palestinians wishing to travel from Gaza, but make no mistake, the noose is still there.

Gazans have suffered under an Israeli blockade since early 2006. There are only two border crossings, both of which are heavily restricted: the Beit Hanoun (Erez) border crossing with Israel, north of the Gaza Strip, which is managed by Israeli authorities; and the Rafah border crossing in southern Gaza, which Egyptian authorities have kept under near-constant closure. Gaza officials said in February that 25,000 Palestinians registered as urgent cases are waiting for passage there.

The Israeli Haaretz newspaper revealed March 10 instructions issued by the Israeli government at the end of February to allow Gaza’s residents to travel via the King Hussein Bridge (Allenby Bridge) between the West Bank and Jordan. The Israeli decision has two difficult conditions: Travelers from the Gaza Strip must gain Jordan's permission to enter, and they must stay abroad for one year before they will be allowed to re-enter the Gaza Strip.

Gazan travelers will be escorted in groups to the Allenby Bridge, accompanied by a military or Palestinian Authority escort.

Recently, Jordan became more restrictive than usual. Palestinians seeking to travel have had to wait two months for a response from Jordanian authorities instead of the usual two weeks, and they were given no explanation for the delay.

Jihad Ayed, a Palestinian from Gaza who received a scholarship to study in one of Turkey’s universities, told Al-Monitor, “Though they came late, the Israeli measures have somewhat relieved Gaza’s citizens. The travel ban has harmed thousands of people. I personally lost my chance to study abroad because it took me a long time to enroll in the university.”

Adel Mansour, a Palestinian businessman with a Saudi residency permit that is about to expire, told Al-Monitor, “The Israeli decision will facilitate the departure of many Palestinians from the Gaza Strip, but the conditions seem impossible to fulfill, especially in terms of getting approval from Jordan to enter its territories. Jordan has been strict about granting approval to Gaza’s Palestinians.”

A Palestinian official at the Civil Affairs Ministry in Ramallah told Al-Monitor on condition of anonymity, “The ministry was informed of the Israeli new instructions, [which mostly] benefit Palestinians initially residing outside the Palestinian territories and who have been stuck in Gaza after visiting it. This Israeli decision will also be beneficial to those who want to get married outside the Gaza Strip or are planning a long trip.”

But for the most part, only the Palestinian elite in Gaza can afford Israel's requirement that they must stay abroad for an entire year, given the dire economic conditions in Gaza. More than 15,100 Palestinians from Gaza traveled through the Beit Hanoun (Erez) border crossing with Israel in February, according to statistics from the Gaza Coordinating Committee of Crossings. These were businesspeople, traders, sick people, Al-Aqsa Mosque visitors and international organization employees, as well people visiting Palestinian detainees in Israeli prisons.

The Israeli decision also raises questions about the fate of would-be travelers from among the cadres of Palestinian factions banned from traveling for security reasons. Most of them cannot use the Beit Hanoun crossing for fear that they will be arrested. In the past few months, Israel arrested several Palestinians who used the crossing to commute between Gaza and the West Bank. They were suspected of aiding armed Palestinian factions in Gaza or of transferring money to these factions from Gaza to the West Bank.

Some Palestinians fear getting stuck abroad. Some are even concerned that Israel might be intentionally trying to get rid of Gaza's citizens.

Rami Abdo, director of the Euro-Mediterranean Human Rights Monitor in Gaza, told Al-Monitor, “Through its decision, Israel wants to reverse its image as a besieger of Gaza and free itself from the accusations leveled against it by the international community. The decision aims at emptying Gaza of its citizens by allowing hundreds of Palestinians to travel weekly. Any citizen who leaves Gaza is required to remain abroad for a one-year period, during which he would probably get settled there.”

In 2012, HAMOKED Center for the Defence of the Individual revealed that between 1967 and 1994, Israel banned 250,000 Palestinians from Gaza and the West Bank who traveled abroad from returning home.

Iyad Bezm, spokesman for the Interior Ministry in Gaza, told Al-Monitor Israel's move is welcome but insufficient. “The ministry supports any humanitarian travel facilitation for Gaza's population. Although the Israeli decision remains insufficient and does not meet the minimum requirements to alleviate the difficult conditions, we will take any offered facilitation.

"But at the same time, we reject any commitments obliging the Palestinian travelers to stay an entire year out of Gaza, because we are dealing with the decision based purely on humanitarian grounds.”

As for dealing with Jordan's restrictions, a Jordanian source who spoke to Donia al-Watan news site March 16 on condition of anonymity said there is no official Jordanian decision to ban Gazans from entering Jordan. He said he continues to receive and answer letters of no-objection for travel permits. He further noted that since the beginning of 2016, 755 Gazans have been allowed into Jordanian territories, including humanitarian cases, transit, students, patients and businessmen. In all of 2015, 11,421 Gazans were granted permits to enter Jordan.

Alaa al-Batta, head of the Governmental Committee for Breaking the Siege and Delegates Receiving in Gaza, told Al-Monitor, “The Israeli decision is a positive decision since it carries an acknowledgment of Israel’s occupation of Gaza, which makes it responsible for it under international law. We support the new procedures to facilitate the lives of Palestinians in Gaza who are overwhelmed and on the verge of breaking out, in light of [Egypt's] semi-permanent closure of the Rafah crossing." Batta said the crossing has only been open for 25 days since October 2014.

The Israeli step to facilitate Gazans' travel will probably defuse any threat of an imminent breakout. The decision imposes harsh restrictions, but then, there is no alternative for Palestinians.