Will Kerry be able to salvage Syria peace talks? 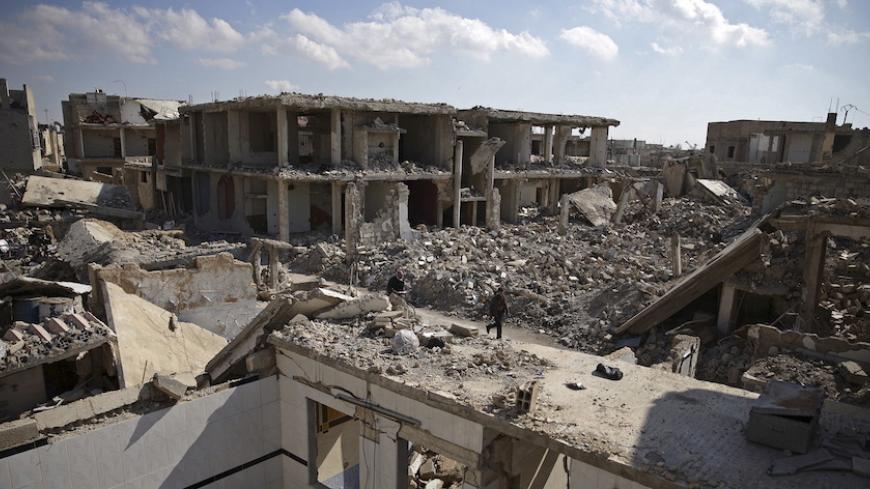 MUNICH — US Secretary of State John Kerry said he was preparing to test Russian seriousness about a Syria diplomatic solution after he and Russian Foreign Minister Sergey Lavrov spoke by phone about possible cease-fire arrangements ahead of an International Syria Support Group (ISSG) meeting here; the Feb. 11 meeting comes after Russian-backed Syrian army advances on Aleppo last week collapsed Syria peace talks in Geneva just days after they had begun.

“What we're doing is testing their [Russian and Iranian] seriousness," Kerry said in an interview with The Washington Post. "And if they're not serious, then there has to be consideration of a Plan B. … You can't just sit there."

The latest high-stakes effort to cobble together common ground on Syria comes as the United States faced growing criticism from European and regional allies about its perceived shirking of leadership on Syria to stem the violence and slow the exodus of millions of refugees that could further destabilize the region and that increasingly risks fracturing European political unity.

"We don't have the feeling that there is a very strong commitment that is there,” French Foreign Minister Laurent Fabius told Reuters, referring to the US role in Syria, as he announced his retirement from the ministry Feb. 10.

“There are words, but [US] actions are different and obviously the Iranians and Russians feel that,” Fabius said.

Germany’s envoy to the United States also expressed concern that the United States has been too slow to realize the degree to which the Syria refugee crisis is spurring a backlash that could threaten the European political order.

“The United States has been slow to recognize this is a much bigger thing than anything else we’ve experienced since the beginning of the European Union,” German Ambassador Peter Wittig told The Washington Post. “We’re not blaming the United States. It takes time for this country to realize that it’s really that serious.”

The sharp words were striking for the unusually frank, and on the record, criticism by some of Washington’s closest allies. They expressed frustration that US credibility in the face of Russian action on Syria had been diminished, and thus reduced leverage going into new negotiations.

“There are words, but [US] actions are different and obviously the Iranians and Russians feel that,” Fabius said. “When you add [Assad's] brutality, Russia and Iran's complicity and the ambiguity, you get the drama taking place in Aleppo.”

The outgoing French foreign minister also said that despite Kerry’s tough talk of a plan B if Russia reneged on a Syria diplomatic road map, he had doubts that US President Barack Obama would be pushed to take further action.

"I'm not sure that the end of Mr. Obama's mandate will push him to act as much as his minister [Kerry] declares [publicly]," Fabius said.

Amid the expressions of doubts by European allies, Kerry and Lavrov spoke by phone Feb. 10 as they prepared to hold a meeting of the 20-nation ISSG in Munich on Feb. 11.

Kerry and Lavrov “concurred on the need to ensure a speedy cease-fire and humanitarian access to all residential areas under siege,” a readout of the call from the Russian Foreign Ministry said.

Washington has been reviewing a Russian cease-fire proposal for Syria, Lavrov earlier said.

"Without disclosing details, I will note that … we have suggested an absolutely concrete scheme in contacts with Washington," Lavrov said in an interview with Russian newspaper Moskovsky Komsomolets on Feb. 9. "I hope that very simple proposals it contains will not take too long for Washington to consider them.”

The Russian proposal would reportedly call for a halt to Russian bombing March 1, The Washington Post said.

Kerry arrived in Munich late Feb. 10 and was due to meet with Saudi Foreign Minister Adel al-Jubeir and UN Syria envoy Staffan de Mistura after his arrival. He is expected to meet Lavrov and hold several other bilateral meetings on the sidelines of the ISSG meeting Feb. 11 before attending the Munich Security conference, largely focused on the related issues of global disorder, Syria, and the risk posed to Europe by Russia and the refugee crisis.