Why did Riyadh cancel $4 billion in aid to Lebanon?

Saudi Arabia and Hezbollah provide different reasons for the cancellation of billions of dollars in aid that the Gulf state had pledged to Lebanon, until it decided otherwise on Feb. 19. 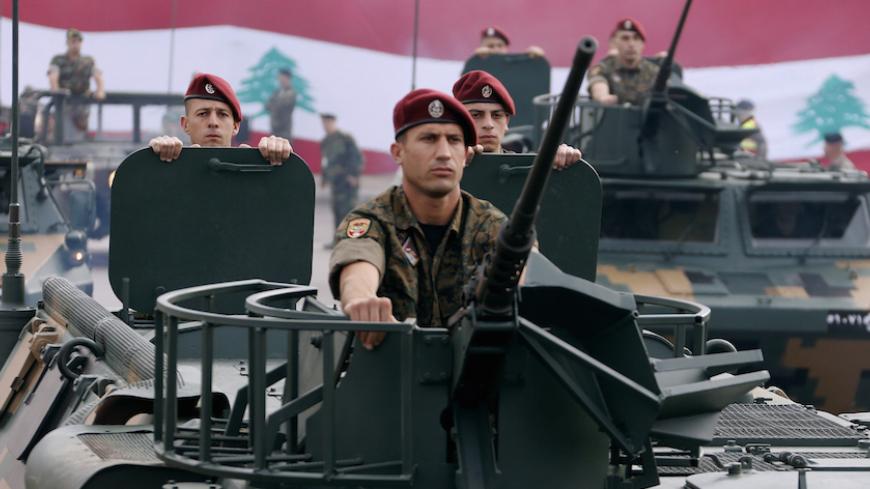 It was only a matter of time before the latent tensions brewing between Saudi Arabia and Lebanon boiled over, given the current rivalry between Riyadh and Tehran and the rising influence of the Shiite Hezbollah in Lebanon.

But it seems Saudi Arabia is truly acting in an erratic manner that, instead of bringing Lebanon back into its sphere of influence, is likely going to create more of a rift in an already-strained relationship.

On Feb. 19, the Saudis announced they were canceling $3 billion in aid to the Lebanese army and a further $1 billion for security services. The money had been earmarked to buy military equipment from France for use by the Lebanese military. The announcement stated that the punitive measure was a response to Lebanon’s failure to condemn the attack on the Saudi Embassy in Tehran in January.

Hezbollah, however, blamed the cancellation on financial concerns, citing Saudi Arabia’s expenditures in Yemen and the low price of oil.

A couple of days later, the Saudi Foreign Ministry asked its citizens not to travel to Lebanon. Soon after, Kuwait, the United Arab Emirates, Qatar and Bahrain announced they supported the move.

A Saudi investment official announced that Gulf nationals started selling their assets and holiday estates in Lebanon. He said there are about 300,000 Lebanese workers in the Gulf states and Saudi Arabia specializing in middle management for construction companies, hotels and other sectors.

Given the range of Saudi commercial, political and media networks managed by the Lebanese, both countries will be affected by this drastic Saudi decision, although the Saudis are convinced only Lebanon will feel the pressure. Lebanon has always been important for Saudi Arabia despite the former’s small size and lack of resources. In addition to Lebanon’s former position as the banking capital of the Middle East before its 17-year civil war, Lebanon has mediated Saudi political interests since the Saudi state was established.

Because it is small, in the 1960s, Lebanon became a buffer zone between big Arab hegemonies. During the Arab Cold War between nationalist regimes and traditional monarchs, Lebanon was where the tension unfolded. The country was a place where Saudi Arabia could operate to shield itself from inflammatory and empty revolutionary rhetoric. Although the Beiruti and Sidonian Lebanese Sunnis were strong Arab nationalists, their commercial and trading interests with Saudi Arabia overcame their enthusiasm for revolutionary action against the monarchs in Riyadh. They relentlessly promoted Saudi interest among their communities and tied Lebanon to a subservient relation to the kingdom.

But the assassination of Lebanese-Saudi Prime Minister Rafik Hariri in 2005 and the subsequent weak premiership of his son Saad reflected a serious drawback to Saudi influence in Lebanon. Lebanon had already been sliding slowly but steadily into the camp of Saudi Arabia’s arch enemies, namely Iran and Syrian President Bashar al-Assad.

The final straw came during the 34-day Israeli-Lebanese war in 2006 that resulted in several hundred deaths and the destruction of Lebanon’s infrastructure. While Hezbollah, the Lebanese government and the majority of Arabs from Morocco to Iraq considered this war an onslaught on all of Lebanon, the Saudi regime saw it through the prism of sectarianism and tense relations with Iran. Hezbollah leader Hassan Nasrallah emerged as an Arab leader at the time, making the Custodian of the Two Holy Mosques nervous in Riyadh. Nasrallah maintained this glorified position until his latest intervention in Syria in support of Assad, which resulted in many Arabs rethinking their early enthusiasm for the “Hero of Resistance,” as he came to be known.

The Saudis blamed Hezbollah for provoking Israel after the kidnapping of Israeli soldiers that preceded the war. Saudi religious scholars issued opinions outlawing charitable donations to the Lebanese Shiite, who came under heavy bombardment in southern Lebanon and the southern Beirut suburb of Dahiyeh. Saudis who denounced a sectarian interpretation of the war at the time, such as intellectual Muhammad al-Ahmari, came under Salafi Wahhabi attack, labeled as misguided individuals who had fallen under the spell and charisma of Nasrallah.

While in 2006 there were still reasonable nonsectarian voices in Saudi Arabia, today the platform is open for intolerant opinions when it comes to Lebanese relations.

The worsening tensions are not only a geopolitical time bomb waiting to explode in new locations — in addition to hot spots in Syria, Iraq and Yemen — but they also threaten cohesion between and within Arab states. Lebanon is the last casualty of this ongoing tension. The cost is high for a small country like Lebanon, which depends heavily on expatriate remittances from Saudi Arabia and the Gulf states.

Under the new leadership of Deputy Crown Prince Mohammed bin Salman, Saudi Arabia seems to have abandoned diplomacy in favor of a hawkish approach to relations with historical Arab allies like Lebanon.

Perhaps the prince can learn lessons from simply looking at how superpowers are often compelled to use diplomacy instead of punitive force. Managing and containing difficult political crises may be more conducive to re-winning old friends than simply using aid as pressure to force other countries to succumb to the Saudi agenda.

A regional power like Saudi Arabia whose sectarian policies are so divisive can benefit from abandoning its “discipline and punish” approach in dealing with Lebanon. Let us hope the Saudi leadership will realize before it is too late that might may not always be right.