Israelis view corruption as the price for getting things done, but it’s in all layers of the governance, despite the economic, social and moral consequences. 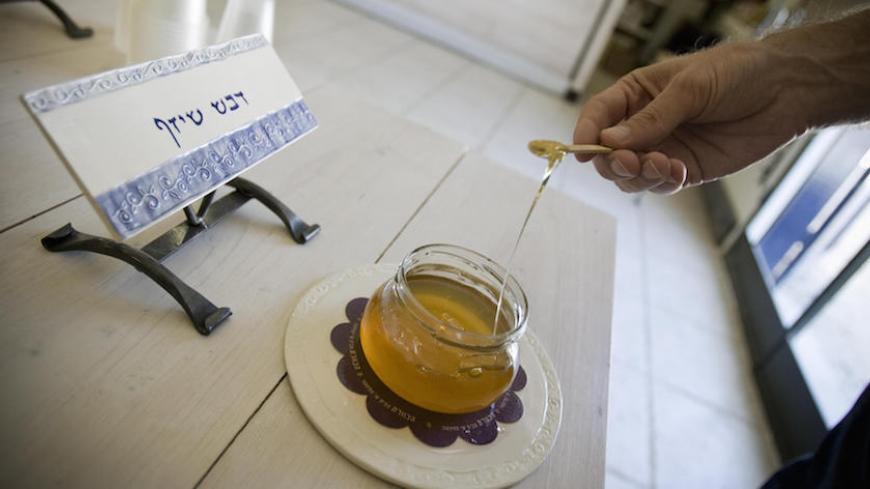 An Israeli man tastes honey at a store in the town of Kfar Ruth near Tel Aviv on Sept. 10, 2009. A government official’s role on the council has raised allegations of a conflict of interest in Israel’s honey’s industry. - JONATHAN NACKSTRAND/AFP/Getty Images

Given the series of corruption scandals that have recently captured the headlines in Israel, exemplified in a Supreme Court decision that will send former Prime Minister Ehud Olmert to prison for 18 months for bribery, the general feeling is that corruption is seeping ever deeper into state institutions. This is reflected in a survey conducted Jan. 8 for Israeli TV Channel 2 revealing that 72% of respondents believe their elected public officials are corrupt.

International rankings on corruption published in recent years have been far from flattering to Israel in comparison to other Western countries. According to the 2015 corruption perceptions index just released by Transparency International, Israel ranks in the bottom third of Organization for Economic Co-operation and Development members — that is 24th out of 34 for corruption.

Yet regardless of the general feeling that corruption continues to spread at the national and municipal levels, the Israeli public and the political system seem to be indifferent to the situation, if not actually tolerant of public officials suspected or even convicted of corruption. The most blatant example of this tolerant attitude is the return of Shas leader Aryeh Deri to head the Interior Ministry. He had been forced to resign this same position in 1993 over bribery charges and his subsequent conviction, for which he served two years in prison. Other public officials have enjoyed the same indulgent attitude by the public despite being implicated in corruption scandals. Shlomo Lahiani, the former Bat Yam mayor currently serving eight months behind bars, remains one of the most popular mayors the city has ever had.

Experts interviewed by Al-Monitor emphasized that the indifference the Israeli public displays toward the detrimental economic, social and moral consequences of corruption is nothing less than an existential threat to the state. Eitan Erez, a veteran attorney and anti-corruption activist, said, “The damage to Israel caused by corruption is by far more dangerous than any damage done to us by Hezbollah in the past decade.”

Eli Sulam, CEO of the Movement for Quality Government in Israel (MQG), also warned against the destructive repercussions of public corruption, saying, “With regard to corruption, Israel is headed for the dire state of a Third World country. Our movement believes that the real existential threat to the state is posed by corruption, which is liable to unravel the social fabric. The ever-widening gaps in income and the loss of morality we witness in Israeli society these days are more dangerous than any security threat.”

The experts note that in Israel, corruption, in particular at the municipal level, is perceived at times by residents as a constructive process that speeds up matters and bypasses bureaucracy. Yuval Feldman, member of the Faculty of Law at Bar-Ilan University and a senior fellow at the Israel Democracy Institute, told Al-Monitor, “Some of the corruption affairs at the municipal level can be traced back to the blurred lines between the interpersonal arena and the professional field. In fact, Israelis seek direct contact with their mayors. The latter, for their part, are interested in promoting the city and attracting investors and contractors, and to that end, they take a series of measures apparently in good faith. As it turns out, however, in doing so, they bypass the rules and from there, it's a short distance to indictment.”

Sulam, who believes the Israeli public is unaware of the danger inherent in corruption, added, “Corruption is perceived as legitimate. And the moral damage caused is most serious.” He drew attention to the difference between Israel and other countries in their view of corruption, asserting, “In law-abiding countries, a senior official [implicated in some unsavory affair] would take responsibility and resign, even when no criminal offense is involved. In Israel, the norm is quite the opposite. If corruption charges are brought against a senior official, and he emerges from the criminal proceedings with a not guilty verdict, or is even only partially acquitted, then the public and he himself deems it a certificate of legitimacy.”

What's more, although Israelis may be unaware of it, corruption affects the pockets of each and every resident. Sulam offered an example, explaining, “Our movement has found that some fishy partnerships were forged in the vegetable and honey industries. These bodies get together to fix exorbitant prices at the expense of the public.”

Honey prices in Israel are 35% higher than in the United States because the local market is controlled by a cartel dubbed the Honey Council. Contrary to what its name might suggest, it is not a government agency, but a private association that has extensive powers and, in fact, enjoys a market monopoly, having successfully eliminated virtually all other competition, with two exceptions. In this case, what gives rise to suspicions of corruption and conflicts of interest, according to the MQG, is that the government representative on the council is also a shareholder in one of the companies that dominates the honey market.

Having pointed out the problems with corruption, the experts proposed measures for dealing with the issue in Israel, including public denunciation of corruption and harsher punishments. “Why do we, as a society, give those convicted of corruption the privilege of becoming celebrities starring in reality shows and gossip columns? The public should steer clear of any event attended by any person convicted of corruption,” Erez said.

Feldman suggests a different approach. He said, “We Israelis have developed a penchant for criminal proceedings and are constantly looking for the rotten apples in the cart. We don't even try to understand what it is in the situation that drives honest people to end up as corrupt felons. What's needed is a broad-minded approach that goes beyond the strict boundaries of the criminal code. Every effort should be made to get to the bottom of the situation.”

As noted, the general feeling among Israelis is that corruption is worsening in state institutions, but Israelis appear to be indifferent to the situation and the inherent dangers. Israeli politicians have led them to believe that the real danger they face is posed by security threats, so any public debate on the serious consequences of corruption should therefore be left aside. The geopolitical developments in the region are thus likely to continue to set the public agenda, thereby enabling the ongoing spread of corruption.