Rouhani calls for more Iranian women to 'lean in' to politics 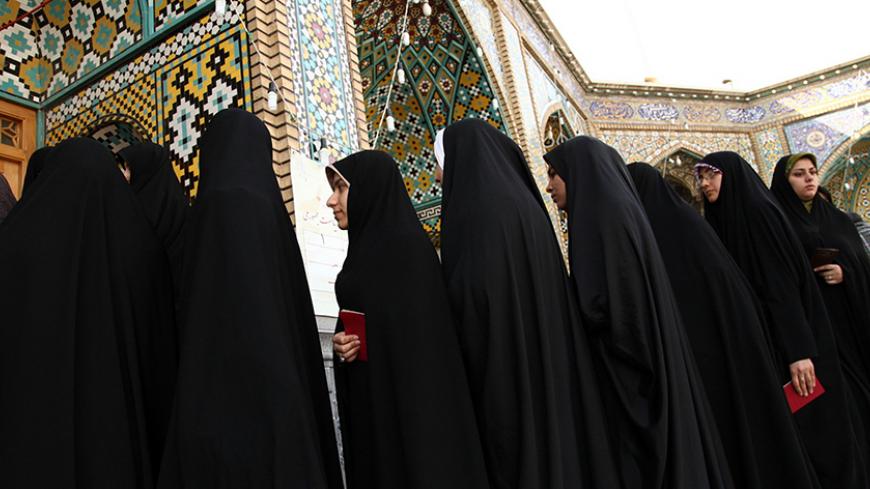 Rouhani said that women’s rights in Iran have come a long way since the first days of the 1979 revolution. He recalled that during those days, there were some clerics with “extreme ideologies” who had religious objections to women participating in protests. The clerics had gone as far as asking women to not chant slogans so that their voices would not be heard by unrelated men. Rouhani said that the founder of the Islamic Republic of Iran, former Supreme Leader Ayatollah Ruhollah Khomeini, had rejected these extreme opinions and said that women were encouraged to both protest in the streets and chant slogans.

Rouhani also recalled how after the revolution, some had objected to female participation in the elections and female anchors sitting next to male anchors during news programs on state television. He said that Iran has now “passed this phase.” Rouhani also said that this view toward women is not unique to Iran, that even in the 20th century in Europe some women were not allowed to attend college or vote. He added that in Iran, “We do not accept feminism, but we also do not accept fanaticism.”

Despite the progress, according to Rouhani, women must now push for their role in society. “Women must themselves enter the arena and show their capacity and capability,” he said.

Rouhani did not specify how he expected women to become more involved in politics. According to Ashraf Borujerdi, president of the Association of Female Reformists, female Reformists attained the highest rate of disqualifications (up to 60%) by the Guardian Council in the parliamentary elections. Borujerdi said the reason for the high number of disqualifications is because female Reformists are more outspoken on their political positions, while female conservative candidates express their opinions less often.

He warned, “If we do not allow women to use the opportunities that God and society intended for them, it would be a great oppression against women and the future of the country.”

On the parliamentary and Assembly of Experts' elections, Rouhani said, “If at times the elections become challenging, under any conditions we have to go to the ballot box.” He said, “We know that if we vote, there will be a benefit — even if it’s small — but by not voting, then certainly it will be to our detriment and we know that in this situation, we would choose small benefits.”

He added, “Women have a big responsibility on their shoulders and as in all fields must fulfill a significant and influential presence.”