How much change do Iranians really want?

Iranians want a lot of things. What they don’t want is to be told that their vote doesn’t count or that it doesn’t matter. 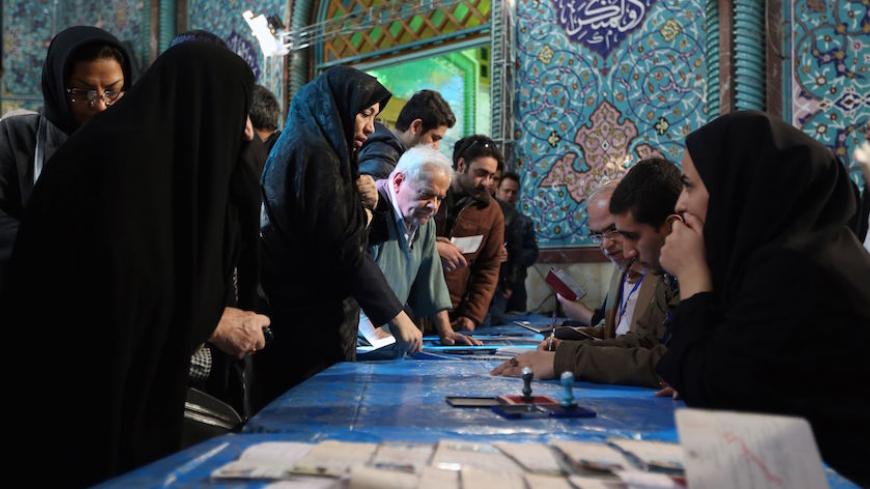 Iranian voters queue to cast their vote for both parliamentary elections and the Assembly of Experts at a polling station in Tehran, Feb. 26, 2016. - AFP / ATTA KENARE 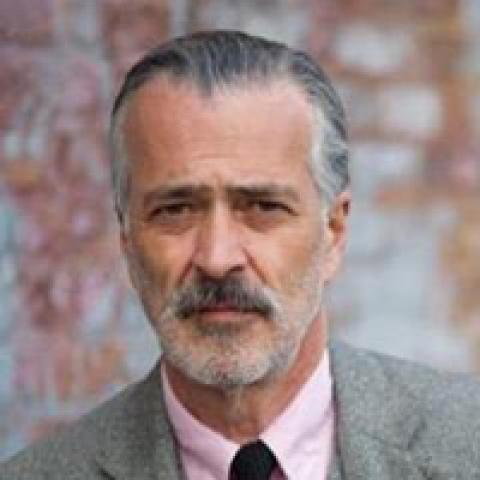 Wash, rinse, repeat. If you’re a politician in Iran running for election or re-election, your best bet is to have the endorsement of Khatami. Mohammad Khatami, that is. In another era, Khatami was twice elected president, but today he is banned from leaving the country and his name and face are banned from the domestic media. No matter, his hands suffice these days: Election posters for the Reform and moderate list of candidates running for parliament last week showed only them, recognizable from the ring on his finger. People knew what that meant. Simultaneously, a reminder that he was backing the candidates and a “bilakh” (the finger) by the Reformists to those who insist he is so dangerous that his very features must remain hidden from the public.

Iranians are good at giving the finger: They collectively raised it almost three years ago, too. The same Khatami, only days before the 2013 presidential election — enough time for a message to register, but not enough time for hard-liners to counter it — endorsed the lesser-known Hassan Rouhani and urged the electorate to make their voices heard. They followed, if only to give the finger to those, inside and outside Iran, who claim Iranian elections don’t matter. This time, he endorsed a long list of candidates — whose names would have to be handwritten on ballots by voters — via video on the popular messaging app Telegram. To be safe, the video was also uploaded to YouTube, which is censored in Iran but available to those who want to access it via VPN. Wash, rinse, repeat.

There was always something unclean (haram) about certain members of parliament. Members who Iranians and outsiders alike call hard-liners, some who even threatened Rouhani’s Cabinet members — not with censure for making a nuclear deal with the West, but with death, buried in concrete, as one member of parliament, perhaps channeling Tony Soprano, suggested, and not in jest. As of this writing and where the vote count stands, parliament appears to have been washed and rinsed of that particular stain. Representing Tehran province, which has 30 seats in the parliament, the hard-liners have all but disappeared. There will be quite a few left in the body, of course, but they are somewhat defanged, if not fully declawed. And as with any bad stain, repeated washing and rinsing will eventually fade even the most stubborn. That is what voters seem to want, judging by how they also approached voting for the other state body — the Assembly of Experts.

Despite the somewhat Orwellian nomenclature, the assembly is realistically powerful and important on only one occasion: the death of a supreme leader. The assembly is then tasked with choosing a new leader — something that has happened only once in the 37-year history of the Islamic Republic. Its other task, actual supervision of that leader, is only a formality at best. Much was written in the past few weeks about how this vote was going to be important because the current Supreme Leader Ayatollah Ali Khamenei is 76 years old and the next assembly, which convenes for eight-year terms, would likely elect his successor. I doubt that that was the reason most Iranians came out in force to eject the most hard-line members of the body, for ayatollahs are not known to die young and, besides, young Iranians who make up the majority of voters (as well as the majority of the population) tend not to be keen observers of the clerical scene. They do, however, know the most famous of the assembly well; particularly the “crocodile” Ayatollah Mohammad-Taghi Mesbah Yazdi, much despised by Reformists and not just for his suggestion that voters’ opinions don’t count in an Islamic system, but also for his mentoring of Mahmoud Ahmadinejad and his rejection of almost any idea that could conceivably be thought of as enlightened. Their opinions counted this time, much to his presumed chagrin and delight of not just Khatami, whom he accused of sedition in the wake of the protests in the aftermath of the 2009 presidential elections, but also of Ayatollah Ali Akbar Hashemi Rafsanjani, the “shark” who easily won re-election and who is a strong supporter if not of liberals then of pragmatic Iranians who recognize that the most hard line of hard-liners have brought nothing but unenviable repute — and attendant consequences that include unwanted isolation — to their country. When the final tally is official, there will be many conservatives in the Assembly of Experts, including the other well-known hard-liner, Ayatollah Ahmad Jannati, but the collective finger given by voters to the likes of Mesbah Yazdi will not be easily forgotten by them. Wash, rinse and repeat.

Armchair Iran experts, mostly sitting in the United States or in Europe, will dissect the election results ad nauseam over the next few days. Already there are those — some who either claimed the elections didn’t matter or that conservatives would continue to dominate — who insist that Iran hasn’t changed or that, more importantly for us in the West, its foreign policy won’t change. But it’s hard to argue that Iran hasn’t changed since the last round of washing. In 2013, Secretary of State John Kerry and President Barack Obama, despite what the Republican candidates this year will tell you, would hardly have been successful in making a nuclear deal if it hadn’t. And in 2016, Iranians stood in long lines, sat down and handwrote the names of candidates on ballots because they believed that it would make a difference in their lives.

There are many things that haven’t changed in Iran, as some observers will rightly point out. And not just because so many Reformists were disqualified from running for office this time, resulting in a strategic decision by the leadership to back anyone not in the hardest of hard-line camp rather than call for a boycott of the vote, an act that would simply deliver victory to those on the radical right. There also remains, for now, a stultifying security atmosphere in Iran, a judiciary often at odds with the administrative branch, and social and political freedoms many voters hoped for in 2013 that have not yet materialized.

If some Western observers hope that Reformists (still not a majority in the government) — even those too liberal to even qualify to run for election, those under house arrest or those languishing in prison — are looking to normalize relations with Israel, drop support of Hezbollah or the Palestinians, and join the Western bloc in demanding that Bashar al-Assad must go from Syria, then they are delusional. If they believe that Iranians on the whole wish for those things, they are perhaps also delusional. Yes, Iranians want change. They want a betterment of their lives, they want peace with their neighbors, they want radical extremists such as the Islamic State to be defeated, they want to be part of the world community, they want to be respected, they want technology (especially a fast Internet), they want jobs and they want their kids to be more successful than they are. What they don’t want is to be told that their vote doesn’t count, or that it doesn’t matter.