The recent first-of-its-kind dog show in the Gaza Strip shed light on dog lovers and breeders who hope to get a sponsor for future shows and activities. 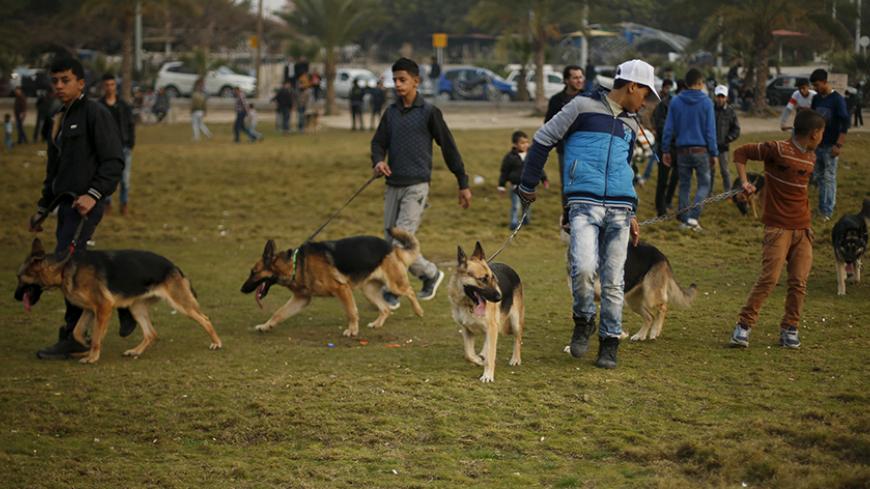 GAZA CITY, Gaza Strip — More than 100 dog breeders gathered in the Gaza Strip on Feb. 5 for a dog show. This event was the first of its kind in Gaza.

Hundreds of Palestinian citizens attended the event for dogs and their breeders, which was held in al-Kuteiba Park, west of Gaza City, and was promoted through the Facebook group “German Shepherd Dogs in Gaza.” The group includes more than 25,000 dog breeders and dog lovers in the Gaza Strip.

Maher Jaber, one of the organizers of the event, told Al-Monitor, “We came up with the idea after thousands of people joined the group. We conducted a survey regarding the event and where to hold it, and the active members in the group were highly responsive.”

Jaber added that everybody agreed on al-Kuteiba Park as a venue for the event. Every Friday night, many citizens stroll around the park. He noted, “After getting the approval of the Ministry of Interior to organize the event, we went through with it. More than 100 dog breeders participated, along with hundreds of citizens who watched the dog show. Many people insisted on taking photos with the dogs.”

Jaber said that they learned how to deal with dogs by communicating with dog breeders in several Arab countries via the Internet. They also taught their dogs some skills out of personal experience.

Khaled al-Homs, a member of the board of El Wafa Club and School Training and Care for Dogs and head of the Animal Care Association in Gaza, said that caring for dogs is not something new, but that recently it has received media attention because of the dog show.

Homs told Al-Monitor that there are plans to form an official dog breeders’ committee in a month that would include 1,500 members, trainers and veterinarians.

Homs said that most dogs in Gaza are local hybrids, and that dogs are rarely imported from abroad because they are pure bred, which pushes their price higher. Prices could exceed $3,000 for one dog. He added, “If dogs enter through the crossings, they are sold to well-off people in Gaza who use them to guard their houses or companies.” The most common breeds are German shepherd, Doberman, Malinois or American Staffordshire terrier.

Chadi al-Daes, a dog trainer at El Wafa Club and School Training and Care for Dogs and a participant in the dog show in Gaza, said that he has been a fan of dogs since his childhood. His bond with them developed with time, and he sees dogs as smart creatures that do not take much time to learn.

In an interview with Al-Monitor, he highlighted the main skills that dogs are taught, such as obedience and defense. Dogs excel in these skills, which encourages dog lovers and breeders to gather and to organize activities in public places where people can watch without being afraid of them.

Veterinarian Mohammad Abu Kheir, who is the medical expert in charge of the gathering, said that he joined the group to treat dogs, especially since the gathering includes many dog breeders. He added, “I found in this gathering a place to help dogs medically.”

He noted that there are only a few dozen veterinarians in the Gaza Strip; he said many “veterinarians in Gaza see dogs as impure animals, according to some Islamic sects, and refuse to treat them or touch them. This compelled me to study online dog-related health topics and diseases and explore ways to treat them. I benefited a lot and treated many dogs suffering from potentially fatal diseases, such as the parvovirus.”

Abu Kheir added that many dog breeders visit him at home to treat their dogs, and he does it for free, except in some difficult cases that require several treatment sessions and expensive medication that is imported. Moreover, vaccines cost $13. But dogs whose owners are members of the gathering enjoy a special price of $8 for the vaccine.

Al-Monitor contacted the head of the Veterinary Department at the Palestinian Ministry of Agriculture in Gaza, Zakaria al-Kafarna. He asserted that his ministry was able to provide vaccines against rabies a few years ago to protect the public interest. Dog breeders would deal with the other diseases personally at the veterinary clinic. But the state money allocated for the purchase of vaccines has dried up.

He added, “There haven’t been any vaccines at the ministry for five years due to lack of operational budgets, which the consensus government in the West Bank stopped disbursing to the ministries in Gaza.” Hamas had appointed its own employees to work in these ministries, following the split in 2007, while the consensus government refuses to recognize or deal with them. He noted that they asked the government for provision of budgets for public expenses or vaccines several times, but in vain.

Kafarna warned that the problem in the Gaza Strip does not have to do with dogs that are home-bred, but rather to stray dogs; he said a budget, big teams and a special program are needed to get rid of them. He noted that Israel has refused to supply lethal products to kill stray dogs for 10 years, after animal rights groups in Israel objected to the killing of stray dogs in Palestinian territories and in Israel.

Organizers of dog-related gatherings and initiatives hope that such activities will find a sponsor and will be able to group dog lovers and breeders under their umbrella. Perhaps this will promote the culture of animal care in Palestinian territories. 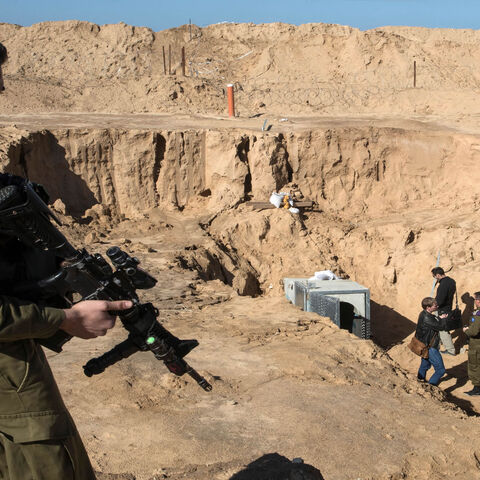