Will the Democratic Republic of Congo be Egypt's newest ally in dam disputes?

Cairo says it will help the Democratic Republic of Congo out with its Inga Dam hydroelectric project on the Congo River, while the Nile upstream country indicates that it supports Egypt in its dispute with Ethiopia over the Renaissance Dam. 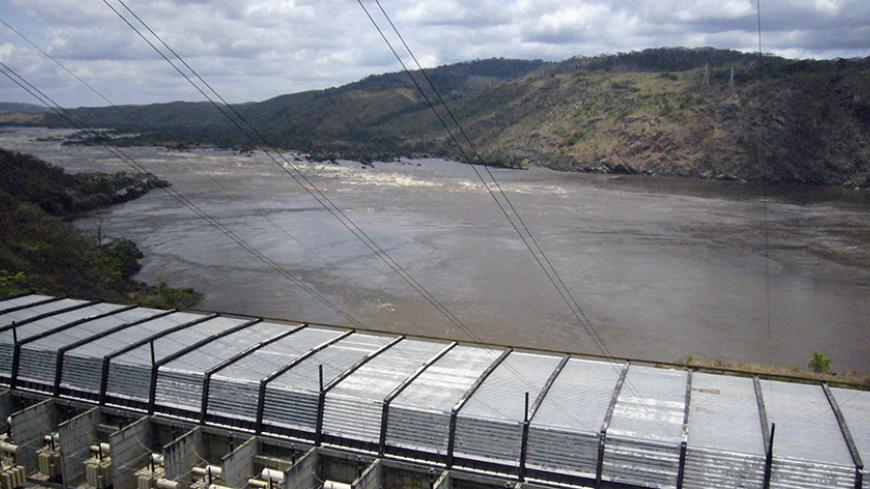 CAIRO — Political and technical negotiations between Cairo and Addis Ababa on Nile River water management remain at a standstill in light of Ethiopia’s insistence on going forward with construction of the Renaissance Dam, which threatens Egyptian Nile water interests. This once again pushed the Egyptian political administration to renew its policy based on mending and strengthening its relationship with other Nile upstream countries in the equatorial lakes region, especially the Democratic Republic of Congo, which has been one of Egypt’s political and strategic allies since the beginning of the Nile water dispute.

In this regard, Egypt’s Minister of Electricity and Energy Mohamed Shaker told Al-Monitor, “We will provide technical, technological and engineering support for the construction of the Inga Dam.”

Shaker talked about how Egypt will benefit from the Congolese dam project. “There are ambitious plans for power grids [interconnecting] between South Africa and North Africa, whose execution may require some time — but there is a vision to start the execution of these plans on the ground over different stages,” he said.

The Egyptian grants that were agreed upon during the visit reached $10 million and were allocated for the execution of six projects, including the design studies and commissioning of the Inga Dam and other service projects to dig wells for providing drinking water, as well as scholarships and training for workers in the field of water resources in the Democratic Republic of Congo.

Egyptian Minister of Water Resources and Irrigation Hossam Maghazi told Al-Monitor, “The Egyptian Ministry of Irrigation will send a delegation to [the Democratic Republic of Congo] to follow up on the implementation of cooperation projects and on all matters related to coordination on the execution of the Inga Dam.”

The Inga Dam, located on the Congo River 225 kilometers (140 miles) southwest of the capital, Kinshasa, is one of the largest hydropower projects in Africa. It is designed to generate 40,000 megawatts of electricity. The project, which is still under construction, is facing financial hurdles with the estimated cost to build it having risen to $80 billion, and counting.

Congolese Minister of Energy and Water Matadi Gamanda told Al-Monitor, “The completion of the dam is facing major challenges in terms of design, financing and management, and we hope Egypt will cooperate with us on facing these challenges.”

He added, “The Inga Dam project will be the largest integration project in Africa, which is still in need of more power to meet the needs of its population."

“We do intend to compete with Ethiopia in terms for the production of hydroelectric power. The Inga Dam project will certainly provide huge amounts of energy that may not be compared with a project such as the Ethiopian Renaissance Dam."

It should be noted that Egypt's water interests with the Democratic Republic of Congo are not limited to Egyptian official support to the Inga Dam; Egypt raised proposals in the last three years aimed at pumping more water into the Nile River in the equatorial lakes region by linking the Nile and Congo rivers, to provide Egypt with additional water shares — a proposed project that was subject to a wide technical controversy.

Gamanda said of this proposal, “This project is not realistic; it is merely a dream. What is more important now is to promote cooperation to help [the Democratic Republic of Congo] benefit from the water resources on its territory."

He added, “[The Democratic Republic of Congo's] position to support Egypt in the dispute between it and the Nile upstream countries on water management in the Nile basin is clear and explicit.”

"We will not sign any agreements that harm Egyptian interests," Gamanda added, referring to the Agreement on the Nile Basin Cooperative Framework, also known as the Entebbe Agreement. The agreement was signed by the six Nile Basin upstream countries and rejected by the downstream countries, Egypt and Sudan, which object to clauses giving upstream countries the right to exploit the Nile resources without being bound by the obligations not to harm water interests or historical quotas.

"We are ready to act as mediator again between Egypt and the rest of the Nile upstream countries in order to renegotiate the agreement and resolve this crisis, if Egypt asks us to play this role,” said Gamanda.

It seems that Cairo is banking on improving its relationship with the Democratic Republic of Congo as an important step to ensure Egypt’s presence in the Nile’s headwaters (the equatorial lakes) region by building on the Democratic Republic of Congo’s policies and its support for Egypt’s stance during the arduous negotiations over the past 10 years with the Nile upstream countries on water management in the Nile River basin.

Mohamed Nasreddin Allam, the former minister of water resources and irrigation who participated in the negotiations with the Nile Basin countries between 2009 and 2011, told Al-Monitor, "[The Democratic Republic of Congo] has been consistently supporting the Egyptian stance and opinion and refused to sign the Entebbe Agreement — unlike Burundi, which signed it after the Egyptian revolution in 2011.”

He added, “The current political coordination of positions with [the Democratic Republic of Congo] is important in order for Egypt to gain a strong African ally, especially in light of enormous pressures on Egypt by the Nile upstream countries and poor coordination with Sudan, which was a strategic ally of Egypt in the Nile water issue.”

Allam said, “Egypt's support to Inga Dam in [the Democratic Republic of Congo] is a strong pressure card against Ethiopia's dream to be the only source of energy export to the African countries, since the execution and commissioning of the dam will turn [the Democratic Republic of Congo] into the first energy exporter in Africa as well as the cheapest and safest alternative.”

It seems the Egyptian political administration has managed to gain allies from among the Nile upstream countries to secure its water interests. Yet its biggest challenge is to link its official rapprochement policies to projects and direct interests that bring about tangible benefits for the peoples of the upstream countries aspiring for development and not just contenting itself with official visits and political promises.