What’s next for Anbar?

After its liberation, Anbar seems on the verge of a new wave of internal conflicts that will inevitably hinder reconstruction and the return of refugees. 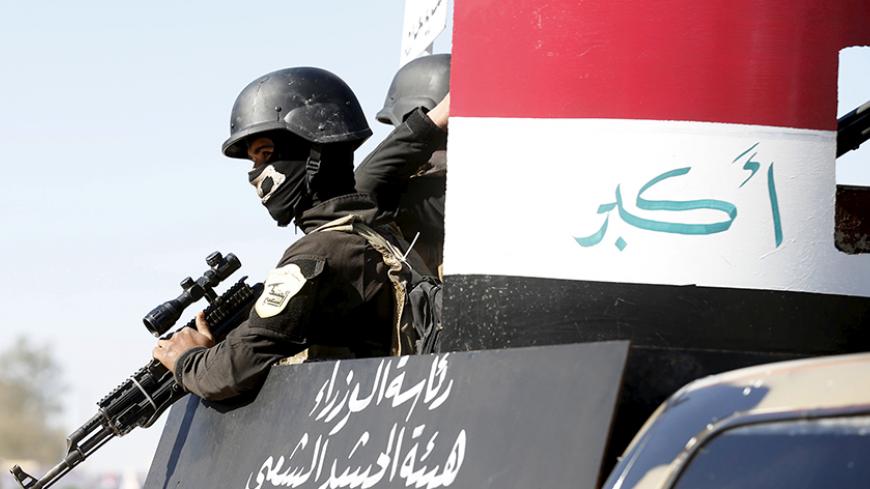 Iraqi fighters from the Popular Mobilization Units take part in a parade during a ceremony in Anbar province, Jan. 9, 2016. - REUTERS/Thaier Al-Sudani

Baghdad — The city of Ramadi was liberated on Dec. 28, and Iraqi security troops accompanied by the Tribal Mobilization Forces, which are affiliated with the Popular Mobilization Units, advanced toward the remaining cities of Anbar province that were overrun by the Islamic State (IS) in May 2015.

Despite this, fears remain that political and tribal conflicts would erupt as a result of the sharp divisions that exist between the various components of the province, leading to some political factions warning about the futility of liberating cities without instituting a plan for the post-military operations phase.

Other pressing problems exist, the solutions to which require reaching political understandings and agreements between tribes and forces with influence on the ground. These issues include the fate of volunteer tribesmen, the reconstruction of the province and the return of refugees.

As proof of these problems, political disagreements have already taken shape. Local Anbar government member Mezher al-Mulla told Al-Monitor, “Some political blocs are trying to fish in troubled waters by demanding the dissolution of the Anbar provincial council [and the holding of elections for a new provincial council] with the aim of attaining posts that they failed to reach through [past] elections.”

Mulla was alluding to attempts by members of parliament from the al-Wafaa lil Anbar (Faithful to Anbar) parliamentary bloc — led by former Anbar governor and current Minister of Electricity Qassim Fahdawi — to have the new governor, Suhaib al-Rawi, removed from office. They did not succeed.

Meanwhile, Iraqi parliamentarians representing Anbar deemed the provincial council unqualified to oversee reconstruction and the repatriation of refugees, with further demands being made that Prime Minister Haider al-Abadi dissolve the current provincial council.

Yet, Mulla assured Al-Monitor that the head of the central government “lacked the legal authority to dissolve the Anbar provincial council.” He said, “The absence of oversight by the council and the lack of a fiscal budget render unrealistic any demands for a solution. The Anbar post-IS period is replete with great problems and challenges that we must all address and give priority to. Most important among them are reconstruction and the return of refugees.”

Mulla added, “Based on estimates from the Anbar local government, the governorate is 80% destroyed, which shall hinder the repatriation of refugees. In addition, the roads leading to the governorate are dangerous due to the presence of armed militias and gangs that might target the returnees.”

Mulla further affirmed that Anbar’s government had plans to completely redraw the province as its infrastructure was destroyed, pending financial disbursements from donors and the central government.

In that context, Hamid al-Mutlaq, member of parliament for Anbar province, called for the holding of early elections in Anbar and “the formation of a new local administration, while barring the corrupt from holding office.”

In a telephone call with Al-Monitor, Mutlaq said, “Many factions, particularly the local government, bear responsibility for the security collapse in Anbar last year and its subsequent occupation by IS. They, therefore, must be held accountable.”

Since 2003, Anbar’s tribes have been divided, with some backing and working with the central government, while others remained hostile to the Iraqi political process as a whole. Furthermore, regarding the positions toward IS and al-Qaeda, some accuse certain tribes of harboring extremists or joining their ranks and liquidating pro-Iraqi government factions, as was the case in November 2014 with the infamous Albu Nimr massacre during which more than 500 members of the Albu Nimr tribe were killed by IS.

The head of Anbar’s tribal council, Sheikh Rafi al-Fahdawi, talked to Al-Monitor about the council’s opinion concerning the future of militant tribesmen. He said, “Most of Anbar’s clans have agreed to disavow and permit the killing of all tribesmen belonging to IS; any retaliation and revenge not associated therewith shall be condemned by all. The governorate does not currently need reconciliation efforts, but we do fear political squabbles as factions aim to outdo one another, steal the glory of victory and appropriate a share of the reconstruction pie.”

Fahdawi added that the real post-liberation problem revolves around how to maintain security in the province, due to its large surface area and location on Iraq’s western border.

“The Tribal Mobilization Forces must be maintained, either by keeping them under the umbrella of the Popular Mobilization Units or by converting them into an Anbar National Guard force — keeping in mind that the National Guard law remains pending in Iraq’s parliament,” he said.

The Iraqi government had started to assist US forces in training tribe members in Anbar in summer 2015. In September 2015, the Tribal Mobilization Forces were established, with the aim of fighting IS alongside the official Iraqi forces.

Fahdawi expressed concern about a repeat of the Sahwa experience, “which suffered from neglect with most of their members relegated to civilian duties leading to the governorate losing the services of those truly capable of maintaining security. We do not mind receiving international cooperation to protect Anbar’s security, but any such coordination must be temporary, for, in the long term, no one can protect Anbar but its tribesmen.”

Anbar militants are estimated to number more than 10,000 individuals, equipped and armed by the central government and trained by US special forces units. Tribal Mobilization Forces, currently battling IS in Sunni cities, face a fate similar to that of former Sahwa forces. These forces had fought al-Qaeda before some of them formed political parties that partook in local and general elections. Many members of the Sahwa were ultimately awarded posts by the central government in various ministries.