There's a commotion in Egypt over government corruption — not whether there is any, but rather how much. 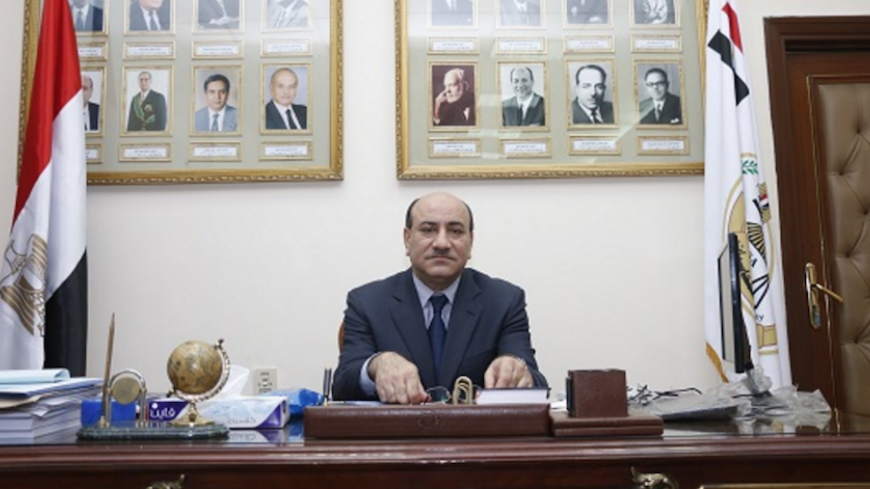 The top Egyptian official tasked with investigating corruption is now the subject of an investigation himself — more than one, actually.

This week, many members of Egypt's parliament are calling for a fact-finding committee to investigate Hisham Geneina, head of the Accountability State Authority (ASA), and his claims of government corruption.

That committee would be in addition to the president's fact-finding committee, consisting of the head of the Administrative Control Authority, an adviser appointed for Geneina and three representatives of the ministries of interior, planning and finance. On Jan. 12, the president's committee issued a detailed, strongly worded report. Its findings, which were broadcast on Egyptian national television, accused Geneina of attempting to mislead the public, making exaggerated statements, deliberately omitting information and misusing the term corruption.

The committee said it would submit its report to parliament and the National Anti-Corruption Coordination Committee, headed by the prime minister and including all concerned parties, to review and examine the details of the study and take necessary legal action.

Geneina pledged to respond decisively to the committee’s report and to confirm the findings of the ASA study, which pegged the cost of corruption to be 600 billion Egyptian pounds ($76.6 billion) over the past four years. When Geneina announced the findings Dec. 23 to Al-Youm Al-Sabea, he reported somewhat ambiguously that "the cost exceeded 600 billion in 2015."

The whole hoopla might have begun with a dispute between Geneina and President Abdel Fattah al-Sisi in July, when Sisi issued a law giving himself the power to dismiss heads of regulatory bodies. Geneina, however, confirmed that the president cannot take such an action, per Article 20 of the ASA law, which fueled another round of disputes. In December, Sisi appointed two deputies for Geneina: Mona Tawhid and Hesham Badawi.

Or this battle could date back much further. The dispute has been amplified to the extent that some believe it is the end of a battle that started in the wake of the June 2013 demonstrations against then-President Mohammed Morsi and Muslim Brotherhood rule. Geneina was the last official appointed by Morsi, in September 2012.

After those demonstrations, Geneina came under scrutiny as the only official affiliated with Morsi’s regime who remained in a regulatory and supervisory position. He was accused of belonging to the Muslim Brotherhood, but Geneina denied any affiliations with any political faction.

He remained in his position, which was irrevocable at the time, and started researching government corruption. For that, he was accused of seeking revenge for the Brotherhood. To rebut the accusations, Geneina held a press conference in December 2013 announcing he had discovered the existence of corruption under Morsi. He declared that the then-president had raised the ceiling of the presidency’s budget by 100 million Egyptian pounds ($12.8 million) and increased expenses. However, this still wasn't enough to boost Geneina's credibility.

So when Geneina then dropped the Dec. 23 bombshell that the cost of corruption had reached 600 billion Egyptian pounds, Sisi’s advocates saw this as a direct accusation against the state and tarnishing of the president’s reputation. The ASA immediately said the 600 billion Egyptian pounds had been the cost of corruption over four years, not one. However, the presidency refused this explanation and formed the fact-finding committee to investigate Geneina's statements.

Geneina said the decision to form the committee came as a relief to Egyptians and confirmation of the president’s keenness to expose corruption.

Though Geneina had said he would respond quickly to the committee’s report, he has postponed his response until after the celebrations of the January 25 Revolution. Now parliament member Mustafa Bakri, a leader in the Support of Egypt coalition, says he has collected the signatures of 90 other members to refer Geneina for prosecution. Parliament Speaker Ali Abdul Aal has agreed to hold a general session to discuss the fact-finding committee’s report on the ASA study, so that Geneina will face the state with all its institutions, from the presidency to parliament.

In a press statement, parliament member Haytham Hariri also demanded the formation of a committee from within parliament, in addition to the fact-finding committee, to investigate all evidence. Hariri noted that Geneina had issued his report upon the request of some ministries. Hariri added that Geneina did not seek to unveil corruption cases, but merely collected and examined the facts presented by the different ministries, upon which he based and issued the study. He also said Geneina did not seek to distort facts but merely did his job. Hariri stressed that he is not defending specific people, but an entire institution fulfilling its duty.

For his part, Shawki al-Sayed, a constitutional law expert and former member of parliament’s now-defunct Shura Council, told Al-Monitor, “Adviser Hisham Geneina, the head of the ASA, will be facing different scenarios. First, he might be summoned to attend the general session to discuss his studies and the fact-finding report. Should he fail to show up, the report will be discussed in his absence. If the mentioned accusations appear to be true, parliament shall have the right to refer him to investigation or grant him an open leave until the investigations are achieved, or request that the president appoint another person in his position, given that under the constitution, the president is entitled to appoint a new head of the ASA upon the approval of parliament.”

Sayed added, “The fact-finding committee’s report was referred to the prime minister, given his capacity as head of the National Anti-Corruption Coordination Committee to review Geneina's study and the committee’s report."

Prime Minister Sherif Ismail has confirmed that some work teams have been assigned to examine the ASA reports.

For his part, parliament representative Suleiman Wahdan said in press statement, “Should Geneina’s reports prove to be wrong, this would suggest that his intentions are not honest with the Egyptian people, and parliament members would submit a complaint to the attorney general, as this number he provided is exaggerated.”