Turkey has long insisted that Israel lift its siege on the Gaza Strip before Turkish-Israeli relations can be normalized, but a recent warming of ties suggests this may change. 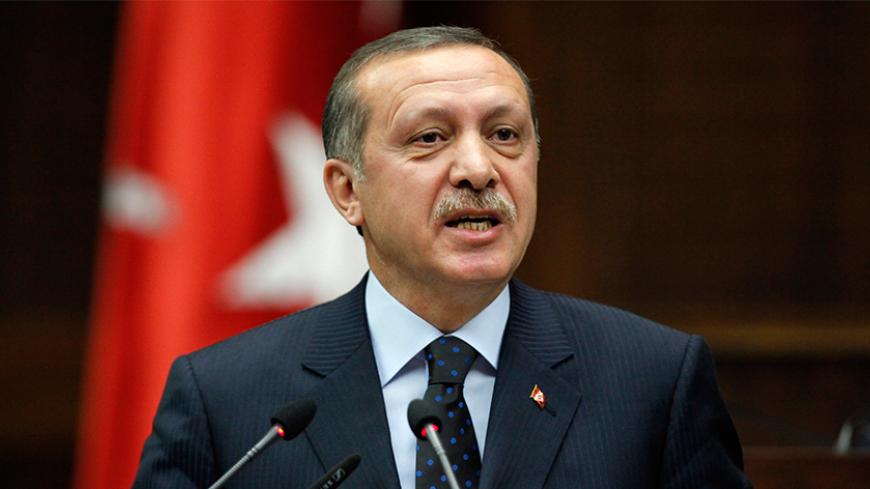 GAZA CITY, Gaza Strip — According to Israeli leaks published by several media outlets Dec. 17, Turkey has dropped its condition that Israel lift its nine-year Gaza siege in return for normalizing relations between Israel and Turkey. Those relations were greatly affected after Israel attacked the Mavi Marmara May 21, 2010, part of a flotilla attempting to break the siege.

The leaks have raised the ire of Palestinians, and some are worried that they might be true.

Israeli media outlets such as Channel 10 claimed that several meetings have been held between Israel and Turkey in Sweden. According to the leaks, the two sides agreed that if Israel apologizes for its attack on the Turkish ship — leading to the deaths of nine Turks and the wounding of several others — and compensates the families of the Turkish victims with about $20 million, Turkey would normalize relations with Israel and drop its condition that Israel lift its siege on the Gaza Strip.

Turkey has denied this claim.

Several Turkish officials, including Prime Minister Ahmet Davutoglu and Deputy Prime Minister Numan Kurtulmus, have stressed that Turkey will not drop its condition that Israel lift the siege in exchange for normalizing relations, noting that the talks are still ongoing between the two countries.

In a Dec. 22 speech to members of the ruling Justice and Development Party in the Turkish Parliament, Davutoglu said that talks with Israel have been positive but are ongoing. Kurtulmus said the same thing at a several press briefings.

On Dec. 21, Israeli Prime Minister Benjamin Netanyahu said that his government will maintain the naval siege policy despite the ongoing negotiations to normalize relations with Turkey.

The Palestinians — who look to Turkey as one of the countries in the region that stands by their side — were split. Some believe that the Israeli leaks are true, whereas others are convinced that even to achieve its interests, Turkey would never drop the condition or at least request that the siege be relaxed. Complicating matters are the strained relations between Turkey and several countries, most recently Russia, following Turkey's downing of a Russian jet on the Syrian border Nov. 24.

Wujdi al-Munirawi, a university student from Gaza City, told Al-Monitor that he is convinced that Turkey will not drop its condition that the siege be lifted because the Palestinian issue is a Turkish foreign relations priority.

He said that the Palestinians are accustomed to the Israeli policy of leaks and broadcasting fabricated news to frustrate the Palestinian street and create an atmosphere of hostility between Palestinians and the Turks. According to Munirawi, the latter have always been at the forefront of supporting Palestinians politically, financially and morally.

Talin Youssef, a nurse from Gaza City, told Al-Monitor that she was not surprised by the Israeli leaks because she is convinced that all countries pursue their own interests first. She said that many countries use the Palestinian issue to portray themselves as helping the oppressed Palestinians while maintaining secret ties with Israel.

Muhammed Kaya, the chairman of the IHH Humanitarian Relief Foundation, a Turkish nongovernmental organization operating in the Gaza Strip, told Al-Monitor that his institution opposes any agreement between Turkey and Israel without the lifting of the siege.

Kaya said that he felt that the leaks are worrying the Palestinians, pointing out that Israel constantly claims that goods and people are allowed to move freely in and out of Gaza. He added that the Israeli claims of alleviating the blockade are unfounded.

He pointed out that IHH’s efforts have been aimed at breaking the Israeli siege on Gaza since early 2009, noting that he does not object to relations normalizing if the blockade is lifted, Gaza is rebuilt and a Gaza airport and seaport are established.

For his part, Mikhaimar Abusada, a professor of political science at Al-Azhar University in Gaza, told Al-Monitor that what governs relations between states are interests, not principles, and pointed out that Turkey has become regionally isolated and has seen relations with several countries go sour, most recently with Russia.

He said that Israel has no problem apologizing to Turkey or paying compensation for the Mavi Marmara incident, but Israel refuses to lift the Gaza siege because it considers doing so a violation of Israel’s national security.

Anwar Atallah, an expert in Turkish affairs, told Al-Monitor, “The Turkish prime minister and his deputy have confirmed in multiple statements during the past few days that they will not drop the demand that Israel lift its siege on Gaza.”

Atallah stressed that Turkey takes into account Palestinian demands and ruled out Turkey completely dropping its demand the matter, as the Israelis have been claiming.

He expects the agreement being negotiated between Turkey and Israel to be signed in the next few weeks. He is convinced that the Palestinians will notice a radical change regarding the siege after this happens.

The political ideal of "no lasting animosities and no lasting friendships” suggests that relations between Turkey and Israel are on their way to normalization, especially given the circumstances prevailing in Turkey and the increasing number of enemies around it. Turkey also needs Israeli gas after the suspension of the Russian gas project with Turkey following the escalation between the two parties.