How much leverage does Russia have in Syria?

While the United States and Russia set aside differences to pass a UN Security Council resolution on a political process in Syria, questions remain concerning Moscow's ability to persuade Damascus to accept any future agreement. 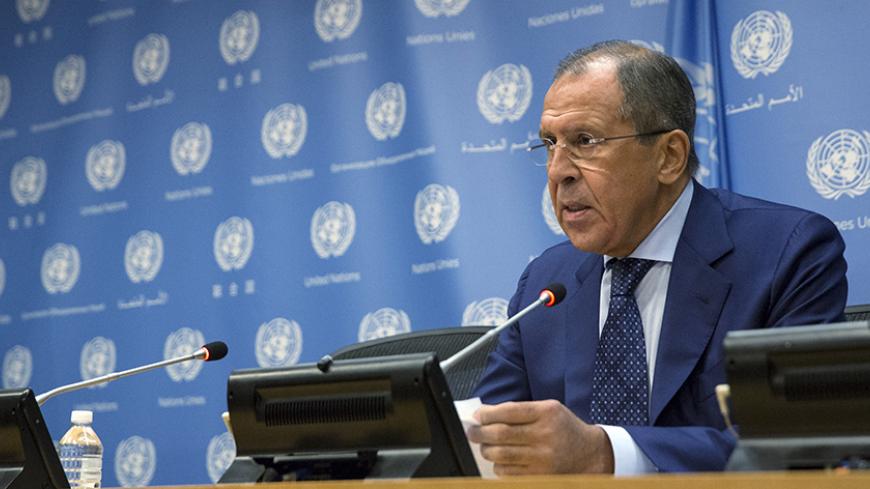 Though Washington and Moscow recently set aside their differences over Syrian President Bashar al-Assad’s future role in governing Syria to pass a unanimous UN Security Council resolution establishing a timeline for a political process and a cease-fire to end Syria’s almost 5-year-long civil war, establishing a timeline and implementing it are two very different things. A shared understanding of Assad’s future will be a key factor in whether the latest effort to bring peace to Syria succeeds or fails. But it will not be the only factor: A clear understanding of leverage — and how and when to use it — might be no less important.

The United States and many of its allies are eager to see Russia use its leverage over Assad to persuade the Syrian president to agree to step down as part of a political transition. Though Washington and others earlier saw this as a precondition for talks, the United States appears to be softening this stance, if one is to take US Secretary of State John Kerry at his word in assessing his recent assertion that "the United States and our partners are not seeking so-called regime change" in Syria. If Assad’s eventual departure is no longer a precondition for talks, however, it likely remains among the Obama administration’s core requirements for a deal.

This raises an important question, however. If the parties eventually reach a settlement on this basis, how would Moscow persuade Assad to accept it? How much leverage does Russia have?

These questions are not easy to answer, since no one can objectively measure leverage against a universal standard. That said, Russia’s military intervention in Syria clearly provides Moscow with greater leverage over Damascus than it had as an arms supplier and an occasional friend in the UN Security Council. Russia’s airstrikes also increase its leverage relative to Iran, which is no longer the only state with a combat role in support of Syria’s government. Since the Kremlin looks less committed to Assad personally than Tehran, this could become important, too.

Still, Russia’s leverage over the Assad regime seems likely to subside over time. The reason is straightforward: Moscow’s influence over Damascus rests on not only what it is currently doing to support the Syrian government, but also what Syrian officials expect that Russia might do in the future. If Assad downgrades his expectations, then he would be less inclined to defer to Russian preferences and Moscow would have less leverage. As one of my colleagues likes to say, people are always more grateful for a favor they expect than for a favor already granted.

What could change Assad’s expectations? Several things. One possibility would be if Russia’s intervention produces minimal results, which would devalue future assistance. Another would be a slowdown in Moscow’s current pace of operations if, for example, Russia’s military proved unable to sustain its air war over an extended period. A third potential trigger could be faltering Russian public support, though Russian officials could credibly ignore these sentiments for a time. Finally, and perhaps perversely, Moscow could actually lose leverage over Assad if Russia accedes to US pressure to focus its attacks primarily on Islamic State fighters. Like ineffective attacks, this could diminish Russia’s perceived future assistance to Syria.

From this perspective, the Obama administration’s “strategic patience” in Syria could backfire. If Russia’s leverage declines too much either in absolute terms or relative to Iran, the Kremlin might be unable to encourage Assad to accept a settlement that would require him to step down or to promise not to compete in new elections.

The unpleasant problem for America is that Russia’s role in Syria provides Moscow with leverage not only in its dealings with Damascus and Tehran, but also with Washington. A Russia without leverage in Syria would have little diplomatic value to the United States and, consequently, would have limited leverage in working with Washington. Conversely, a Russia that might have sufficient influence to facilitate Assad’s departure is more valuable to the Obama administration, more important in finding a settlement — and more able to exercise leverage to advance its own interests in the process.

This leaves the United States with two alternatives. One is to try to reach an understanding about Assad now, while Russia has more influence in Damascus but can also extract greater concessions from America. The UN Security Council has defined this process, though without the agreement on Assad necessary for its success. If the Obama administration is unwilling to take steps to increase its own leverage — such as significantly intensifying the US role in the war — this may well require further US concessions.

America’s other option is to let “strategic patience” fully run its course. That means waiting to see whether and when Moscow scales back its role, whether and when Iran faces similar choices, and whether Assad would eventually step down or go down fighting. Since governments in Russia, Iran and Syria don’t face any immediate pressure to make these kinds of hard decisions, this could mean waiting for quite some time as the Islamic State continues to win new recruits and plans or inspires new terrorist attacks outside Syria — and as ordinary Syrians die or flee. With little if any evidence that patience will make Syria better rather than worse, that sounds more like “strategic hope.”