Iranian officials have condemned reports that the United States will propose new sanctions against Iran for their ballistic missile program. 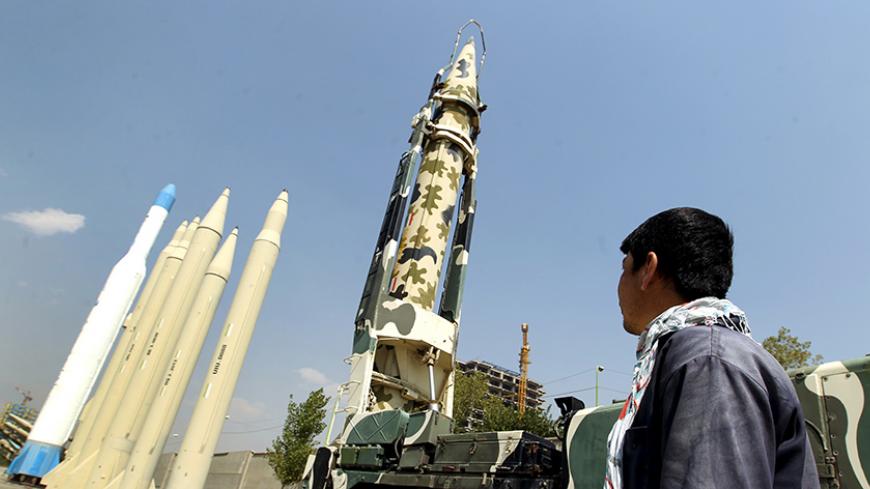 Iranian President Hassan Rouhani ordered the Defense Ministry to speed up its missile production following reports that the United States will sanction a number of companies and individuals in relation to the country’s ballistic missile program.

In the Dec. 31 letter published on Iranian news websites, Rouhani called the new proposed sanctions “a continuation of America’s hostile, illegitimate and illegal interference in Iran’s right to strengthen its self-defense.” He asked the defense minister to speed up the production of all “types of missiles needed by the armed forces.”

Iranian Foreign Ministry spokesman Hossein Jaber Ansari also condemned the new sanctions, calling them “unilateral, arbitrary and illegal.” Speaking with reporters Dec. 31, he said that Iranian officials had previously told the United States that their country’s nuclear program has nothing to do with the comprehensive nuclear deal, referred to as the Joint Comprehensive Plan of Action. Despite the new sanctions, Jaber Ansari said, “No action will be able to deprive Iran of its legitimate and legal right to strengthen its defense and national security.” He added that Iran will respond to any interference from the United States against the country’s defense plans.

The Wall Street Journal reported that the US Treasury is preparing sanctions against Iranian individuals and entities in Iran, the United Arab Emirates and Hong Kong for their alleged role in helping Iran’s ballistic missile program. Iran had fired two ballistic missiles in October and November, which according to a 2010 UN Security Council resolution Iran is banned from doing. These would be the first sanctions against Iran since the July nuclear deal between Iran and the six world powers, in which Iran would reduce its nuclear program in return for sanctions relief. Once the nuclear deal is implemented, Iran will be “called upon” to cease on working on ballistic missile programs that have the capability to carry a nuclear warhead for up to eight years before missile-related sanctions by the UN are removed.

The supreme leader’s foreign policy adviser, Ali Akbar Velayati, said Dec. 31 that the new sanctions “are against the spirit of the nuclear deal because in the nuclear deal it was promised that none of the P5+1 [five permanent members of the UN Security Council plus Germany] would increase economic pressure on Iran.” Velayati added that the sanctions will have a negative impact on trust between the two countries and that officials from Iran will “not leave this action unanswered.”

Iran Nuclear, a website that is affiliated with former hard-line Iranian negotiator Saeed Jalili, wrote that new sanctions have the serious potential to suspend the implementation of the nuclear deal. On Dec. 29, Iran had shipped 250,000 pounds of low-enriched uranium to Russia as part of the nuclear deal.

While the new proposed US sanctions may pose a challenge to the implementation of the nuclear deal, direct military confront in the Persian Gulf waters had suddenly became a possibility when the United States accused Iran of testing a rocket within 1,500 yards of their ship. However, on Dec. 31, Ramazan Sharif, head of public relations for the Islamic Revolutionary Guard Corps, denied the report.