Young Israelis do whatever it takes to buy a home

In spite of promises by politicians and social activists, Israelis do not believe that housing prices are going to drop anytime soon — so they will do everything in their power just to buy a home. 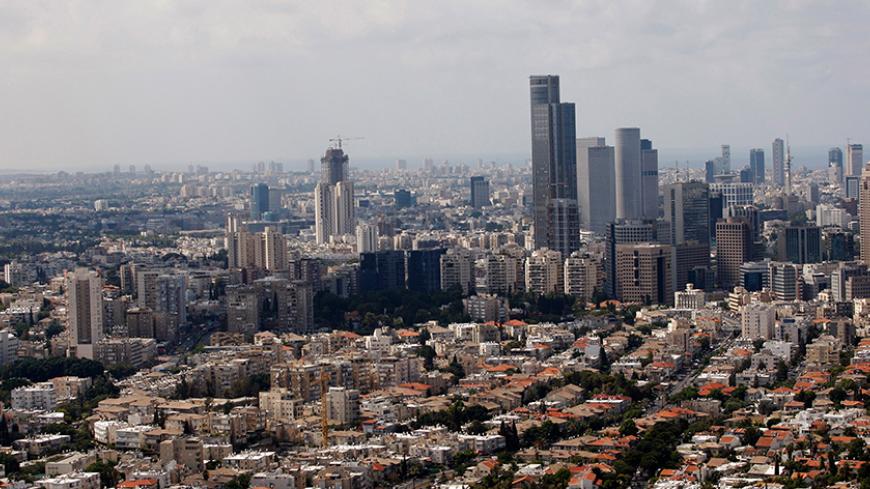 The picture emerging from public opinion polls is clear-cut: Israelis simply do not trust the promises made by politicians that home prices are going to fall anytime soon.

On this issue, I find myself in agreement with most Israelis. I do not believe that it will be any easier for me to buy an apartment in the near future.

The bleak expectations consistently demonstrated by the public with regard to home prices stand in blatant contrast to the number of initiatives and pledges to lower home prices — be they promises made by the last three or four governments, or promises made by organizations that emerged after the 2011 social justice protests, declaring that they have the key to resolve the problem. Indeed, it seems that not a week has gone by in recent years without some idea or another being raised or a promise made to check the galloping prices. One of the most prominent programs is that proposed by the Treasury in June, soon after the appointment of Kulanu Party Chairman Moshe Kahlon as minister of finance in May — hailed by the media as "the Kahlon program for cutting down home prices." Among other things, the program calls for the expansion of the government-subsidized “buyer’s price” project (whereby entrepreneurs compete for the lowest price per apartment under the specifications set by the Ministry of Construction and Housing, while buyers receive government grants and entrepreneurs enjoy subsidized land prices); the promotion of housing construction projects on public lands; taxation measures designed to dampen investments in real estate favoring first-apartment buyers; and the like.

At the Israel-Sderot Conference on Society in November, in the session devoted to the removal of barriers on housing projects, Avigdor Yitzhaki, chairman of the Ministry of Finance housing directorate, said that Israel was "at the height of a housing development activity, with 97,000 housing units under planning.'' Earlier in the month, at the 2nd Congress on Society sponsored by the Tel Aviv-Jaffa Academic College, Yitzhaki went as far as to declare that if home prices did not fall by 15% by the end of 2017, he would resign.

Current and previous administrations of the Ministry of Finance have had all sorts of plans, allegedly assuring that home prices will decline in the near future. Former Finance Minister Yair Lapid spoke constantly about the zero VAT (value-added tax) housing bill, boasting about a record number of apartments on the way and also of the buyer's price plans. Nevertheless, the much-desired decline in prices did not materialize. Lapid's predecessor, Yuval Steinitz, promised in 2011 "to use a '5-kilo' [11-pound] hammer to battle housing prices," yet it turned out that even these 5 kilograms couldn't resolve the crisis. As previously mentioned, public opinion polls show that Israelis disdainfully dismiss the promises. The public has little faith in the capacity of the present government to move things forward in this arena. Having learned from past experience, Israelis seem to have their doubts about the rosy housing future promised them by overconfident Treasury officials.

In fact, in February the state comptroller released a highly critical report on the housing crisis. The report enlarges on the incompetence displayed by the previous governments beginning in 2005 and their failure to solve the situation. According to the report, starting in 2008 and up to December 2013, home prices skyrocketed — with a sharp increase in real terms of 55% in house sale prices and a rise of about 30% in home rental prices in Israel.

The speakers at the Israel-Sderot conference on Society found a new scapegoat to blame: the local councils that fail to grant enough building permits. Addressing the Eilat Real Estate Conference in early December, Yitzhaki said that the slow pace of infrastructure development was at the core of the failure to accomplish government construction plan goals.

This may all be true. However, the public gets the impression that all those who have pretentiously declared the eventual decrease in house prices are currently busy preparing their statement of defense.

"The government deals with housing as a commodity in short supply, suggesting that more housing units should be built to answer the demand and solve the problem," Attorney Gil Gan-Mor, director of the Social and Economic Rights Unit of the Association for Civil Rights in Israel, told Al-Monitor. "But I think this is a wrong approach. After all, they have been trying it for years, and failed. There is another approach: Housing is not a product but rather a right. The state should not only increase the number of available housing units, but also adjust the housing solutions to the capabilities of different populations with different needs and different problems."

Meanwhile, it seems that the never-ending race by Israelis to buy homes actually deteriorates the situation even further, triggering more price hikes. The continuously rising prices, in turn, paradoxically push young people to hunt for an apartment even more desperately. The young couples are encouraged to do so because buying an apartment is socially perceived as a necessity. The social pressure is so great that some experts tie this instinct of buying a permanent home to the feeling of rootlessness deriving from the Holocaust — feelings integrated into the Israeli social and cultural DNA — and constant existential fears. And since these young people believe that prices won't go down, then waiting for a decline would be a questionable strategy. The more you wait, the more you are bound to pay, and buying an apartment won't become any easier. Therefore, it is best to make every effort to buy an apartment right now.

In Israel, it takes about 145 average monthly salaries to buy an average apartment, a figure that is among the highest in the Organization for Economic Cooperation and Development countries. At the same time, some 70% of Israelis live in homes they own. It seems that as it becomes increasingly difficult to buy an apartment in Israel due to the exorbitant home prices, more and more Israelis are taking huge loans, indebting themselves to the banks for years, and turning to family for even more loans. All in all, they keep undermining their quality of life just so as to have a home registered in their name in the land registry. This desire lures Israelis to blindly subscribe to programs such as the buyer’s price project. In this context, Gan-Mor said, "Even the low prices these programs offer are not feasible for the five or six lowest deciles in Israel who lack the initial capital to buy even a cheap apartment. These people should not be encouraged to obtain ownership through mortgages, which are liable to get them deep in debt for long years."

In view of the relatively high rental prices in Israel, Gan-Mor believes that the State of Israel should act to promote long-term equitable home rental programs. He notes that the high real estate prices inevitably affect rental prices, putting them out of reach for large sectors of the public. He also advocates offering state aid to those capable of buying a home and differential assistance for home purchase or rental in accordance with socio-economic status.

As for me, one of the targets of housing programs such as the buyer’s price project (young, middle-class, a family man, devoid of real estate assets), I feel that this program aptly reflects the current situation: According to the dedicated website set up for the benefit of those eligible to take part in the program, only several thousand housing units are planned throughout the country in the framework of the project. Hence, dozens (if not hundreds) of thousands of potential buyers are expected to bid for the limited offering of apartments. This means, as is always the case, that it's a matter of luck.

And in this sense — that it's just a matter of luck, that is — it's no different from the notion that a decline in housing prices could be just around the corner.