Prime Minister Benjamin Netanyahu arrived in the United States with a long military aid list, but the Obama administration was not inclined to forget his antagonistic behavior. 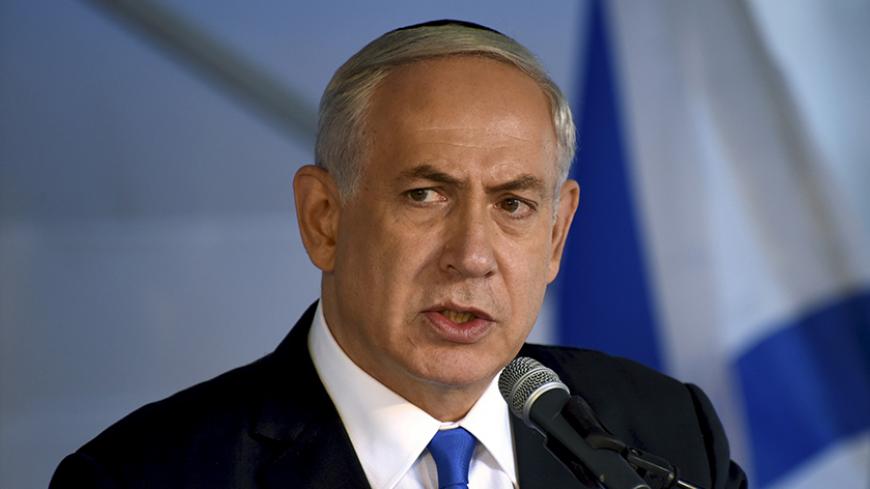 Just days before Israeli Prime Minister Benjamin Netanyahu set off for an important meeting with US President Barack Obama, when it seemed there was no way to further aggravate the foul relationship between the White House and the prime minister’s office, the name of Ran Baratz popped up. Baratz, a conservative Israeli journalist, was appointed last week as the head of Israel’s public diplomacy campaign in the prime minister’s office, a position that effectively makes him Israel’s national spokesman. It took just seconds for a collection of his learned opinions on the issues of the day to begin making the rounds of the Israeli media. He likened Obama to the “modern face of anti-Semitism” and suggested that Secretary of State John Kerry take up a career as a standup comic. The only consolation for senior American officials was that this was nothing compared to his comments about Israeli President Reuven Rivlin (“I think he could be sent in a paraglider to the Syrian Golan [Heights] controlled by [the Islamic State]”).

As could only be expected, the appointment set off a scandal, which reached its climax in a blunt statement by US Vice President Joe Biden to the Union for Reform Judaism meeting in Florida on Nov. 8. He said, “There is no excuse, there should be no tolerance for any member or employee of the Israeli administration referring to the president of the United States in derogatory terms. Period. Period. Period.”

Netanyahu, who is an internationally acclaimed expert in creating international embarrassments, decided to leave Baratz in Israel instead of including him on the trip to Washington. On the other hand, Netanyahu did not announce that he was withdrawing the appointment or even reconsidering it. A political fight over Baratz’ appointment is already brewing in the Likud, while to the right of the Likud, HaBayit HaYehudi is adding fuel to the fire. Its leader, Education Minister Naftali Bennett, insisted that only Israel can decide who its national spokesperson should be.

Just a few years ago, an incident like this would have been over in half an hour. All it would have taken was the slightest hint from Washington to show Baratz the door. But Netanyahu shifted this balance of power. No matter how upset the president was, he sent a new ambassador who was persona non grata in Washington. Then he declared war on Obama over the Iran nuclear deal, refusing to put his guns down even when the battle was lost. Now he is going to Washington after a highly publicized yearlong disconnect from the most powerful man in the world, without even withdrawing the appointment of someone who ridiculed him.

It is time to revisit the question that President Bill Clinton asked his advisers after his first meeting with Netanyahu as a newly elected prime minister back in 1996: Who’s the leader of a superpower?

All of this is taking place right before what Jerusalem calls a critical meeting to determine what happens on the day after Iran signs the nuclear agreement with the superpowers to stabilize the toxic relationship between the US president and the Israeli prime minister.

As the meeting approached, the Americans lowered expectations, almost brutally. Briefing diplomatic correspondents, American officials stated that there is no chance of the peace process being revived or a Palestinian state being established during Obama’s term. An alleged Israeli request to increase military aid from $3 billion to $5 billion was leaked to The New York Times. Meanwhile, Israeli daily Haaretz reported that for the first time ever, American officials are openly discussing the possibility that the two-state solution is dying and pondering what Israel’s plans are if a “single state for all its citizens” is the only option left. Another assessment leaked to the press predicted that the compensation package that Israel will receive from the United States will not be as big as it would have been had Netanyahu responded to all the appeals and laid down his arms after the signing of the agreement with Iran. Instead he gave the White House the runaround in a fight that lasted many long months, up until the congressional recess, all the way to the bitter end.

Another very clear signal sent by the administration was that while the visit is described as “official,” the Israeli delegation was not invited to stay in Blair House, the president's official guesthouse. They will have to make do with a Washington hotel instead. Official Israeli sources claim to Al-Monitor on condition of anonymity that “Blair House is undergoing repairs,” but a cursory Google search shows that the president of South Korea stayed there just two weeks ago, while the president of China stayed there two weeks before that. If repairs are really underway, they were scheduled to coincide with Netanyahu’s visit.

Despite all this, it is impossible to overstate the importance of the two leaders’ meeting this week. When push comes to shove, they both have countries and policies to manage, strategic interests to advance and needs to fulfill. There is military aid (which is estimated to increase to nearly $4 billion per year), and there is the glittery shopping list that Netanyahu is bringing with him, including another stealth flight squadron, precision armaments, bunker blasters, aid for the development of the Arrow 3 missile system. Beyond that, however, there are also several sensitive issues that must be discussed and resolved.

There is, for example, a summation or even a written agreement over policies toward Iran on the day after the agreement is signed. Israel will try to reach an agreement over joint efforts to supervise and identify Iranian violations of the agreement. It will try to restore intelligence coordination and cooperation to earlier levels and attempt to reach an agreement over a list of actions to be taken in the event that Iran is caught violating the agreement. The freely distributed Israel Hayom newspaper, which is Netanyahu’s personal message board, mentions the possibility of signing a unilateral defense agreement that would grant Israel freedom of action. Israel would not be required to report on its military operations in advance to the United States, but will still be protected by the American umbrella. And all of this comes before we even mention the terrorist activities that Iran is exporting even more vigorously throughout the Middle East.

The current assessment is that Netanyahu will return to Jerusalem empty handed. It is now clear that the greatest failing of American foreign policy during the Obama presidency was its handling of the Israeli-Palestinian conflict in general and Netanyahu in particular. Obama is usually noted for his level-headedness. He is considered a cold fish, devoid of any expressions of anger or even petty settling of accounts. He looks to the future rather than raging about the past. According to all indications, his attitude toward Netanyahu is an outlier. Obama will do everything he can to make Netanyahu pay for (what Obama sees as) his humiliation of the institution of the presidency and for his antics over the past six and a half years. Now that Biden has announced that he will not be running for president, Obama has less of an obligation to improve relations with Jerusalem during the election year. He will not be flipping tables, but won’t be giving Netanyahu any reason to smile, either.