As the economy falters, Egypt’s police launch a ‘war on prices’

Egypt’s supply police launch a campaign to reduce the prices of some goods, with the government calling it a war on high prices.

A woman shops for tomatoes at a vegetable market in Cairo, Feb. 6, 2011. - REUTERS/Amr Abdallah Dalsh 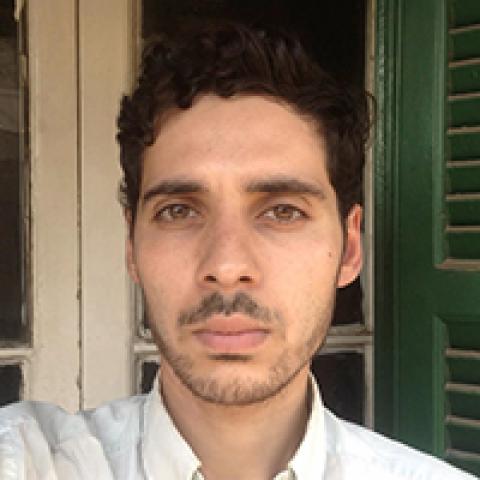 On Nov. 1, as Egypt’s economy was moving into choppier waters, President Abdel Fattah al-Sisi raised the issue of rapidly inflating prices in a televised public address. Promising quick action, Sisi pledged to “all needy people that, God willing, by the end of this month [November], the state will have lowered prices.”

According to the Egyptian Center for Economic Studies, Egyptians spend 40% of their income on food on average, and the country is widely known to be the world’s largest importer of wheat, in an economy heavily dependent on foreign production.

With the value of the Egyptian pound falling 11% since January, Egyptians have had to cough up more for foreign goods, and the market has reacted. Increasing food prices have been a key element driving annual inflation on the price of urban consumer goods up to 9.7% in October.

What’s more, the government says it is set to lose 2.2 billion pounds ($280 million) a month from lost tourist revenues in the fallout from the deadly crash of a plane of Russian passengers in October.

Despite the strong international influences on Egypt’s economic malaise, a branch of the Ministry of Interior took up the president’s call to quick action and has begun to exert influence on the economy and consumer prices.

The Ministry of Interior's General Directorate for Supply and Internal Trade, also known as the supply police, has been focusing on criminal business behavior, such as traders distributing meat unfit for public consumption, but now it has turned its focus to the “greedy merchants” behind price increases.

On Nov. 4, the Ministry of Interior announced that the supply police (shortat tamween) had conducted meetings across Egypt with representatives of the meat, poultry, and fruit and vegetable businesses and came to the agreement that they would reduce their prices on certain goods by 10%. Among them were seven of Cairo’s leading food suppliers and supermarkets. The meetings are referred to as part of the Ministry of Interior’s plan to “control markets and reduce high prices on strategic goods … to face the phenomenon of high prices and the greed of merchants.”

On Nov. 7, under the headline, “The Ministry of Interior continues its war on high prices,” the pro-government private newspaper Youm7 published one of many ministry press releases on the subject. It told of a meeting wherein the head of the supply police, Maj. Gen. Mahmoud al-Asheiry, encouraged numerous senior traders to reduce their prices as to “ease the burden on citizens.” They reportedly responded by agreeing to drop the price of key food items by 35%.

Attempts to find out which businesses were involved in these meetings and their motivations for agreeing to the demands were unfruitful, with Ayman Helmy, head of the ministry's media office, referring Al-Monitor to a promotional campaign by supermarket Spinneys. Helmy said that due to the ministry’s efforts, there has been an 8% reduction in prices observed in the first two weeks of November, though Helmy did not identify where specifically in Egypt.

However, besides meeting with large businesses, the supply police’s campaign has targeted the alleged criminal behavior of individuals in local markets and production chains as a tool intended to fight the inflation on goods prices.

Briefings of the supply police’s activities across Egypt’s governorates during the first two weeks of November were reviewed by Al-Monitor. In them, the Ministry of Interior lists dozens of cases brought against various people within local production chains for pricing-related issues.

In the northeast governorate of Matrouh, the ministry reported regular field trips by the governor and supply police to markets and factories to check whether prices are fixed. They identified 46 crimes of “increased prices” and “selling without clear prices.” In the northern governorates of Ismailia and Gharbeya, there were 25 and 24 charges against vendors on the same grounds, respectively.

In Ismailia, police reported five cases where merchants agreed with police to keep their prices “low and fair.” In the Nile Delta’s Qalubiya, two sellers were charged for selling their produce at prices higher than what was “previously agreed upon.”

When asked, Helmy did not respond to the meaning of "agreed upon" prices in different governorates. This may suggest that police forces across Egypt’s governorates are engaged in their own local methods of attempting to control food market prices, without the direction of the Ministry of Interior.

The Ministry of Supply and Internal Trade has undertaken its own responses, including distributing food to 4,000 outlets to be sold at 20% below market value. “Prices are high because the price of the dollar has increased. There are also too many intermediary roles within supply chains,” Diab said. “We are hoping to reduce prices by 30% by reducing the number of intermediary traders in the supply chain and building suitable logistics facilities.”

Sameh Zaki, assistant chairman of the Board of Cairo Chamber of Commerce, denies that high prices are due to merchants' greed. “A trader’s interest is to keep prices as low as possible so that they are affordable for the majority; it’s supply and demand.”

Zaki told Al-Monitor that it is unfair to put the blame on businessmen and merchants for rising food prices, and it is equally unfair to make them carry the burden of lowered food prices. “Many of our problems are based on imports, but speaking about the internal economy, we have to look at the complex supply chain from the beginning: the many intermediary traders and waste,” Zaki said.

Sherif Hassan, a 49-year-old stall owner at the historic Bab El-Louq market in downtown Cairo, said he has not been visited by the supply police but argues that the pricing is out of his control. “Last week a box of tomatoes cost me 60 pounds [$7], this week with the floods it’s gone up to 85 pounds [$10], but I have to keep my prices low or customers will go elsewhere.”

For Mohammed Hamama, a Cairo-based journalist who has been researching the problems of the food economy, no one can tell the seller what price it should be, and arresting him is not going to solve the problem. “If there are arrests, then they reflect a total lack of understanding of the true nature of the problem and the way the market works. It’s a very bad sign,” Hamama said.

The Ministry of Interior’s campaign, however, appears to bear the hallmarks of similar operations in recent weeks that have individualized and criminalized wider failures in the country’s infrastructure and economy. In late October, less than a week after Egypt’s falling foreign currency reserves forced it to devalue its pound against the dollar, prominent Muslim Brotherhood businessman Hassan Malek was arrested on accusations he was harming the economy through amassing vast amounts of foreign currency and smuggling it out of the country. The ministry said Malek was arrested after they received information that he was planning to “destabilize the price of the US dollar” in Egypt.

Then when severe flooding paralyzed Alexandria, Egypt’s second-largest city, and exposed poor planning and infrastructure, seven alleged Muslim Brotherhood members were arrested on accusations they blocked drainage infrastructure with cement, despite their responsibility being widely disputed among civil society organizations.

As local press cheers on the supply police’s continuing activities with headlines such as "Government intensifies its campaign against the greed of merchants" in the private Al-Masry Al-Youm newspaper, for Zaki the understanding of the way the economy works needs to be refigured. “Blaming greedy merchants is an easy target for the media,” he said. “Perhaps these campaigns [of the supply police] are just for public consumption because they will not have an effect on food prices nationally.”