How one Egyptian beauty queen lost her citizenship 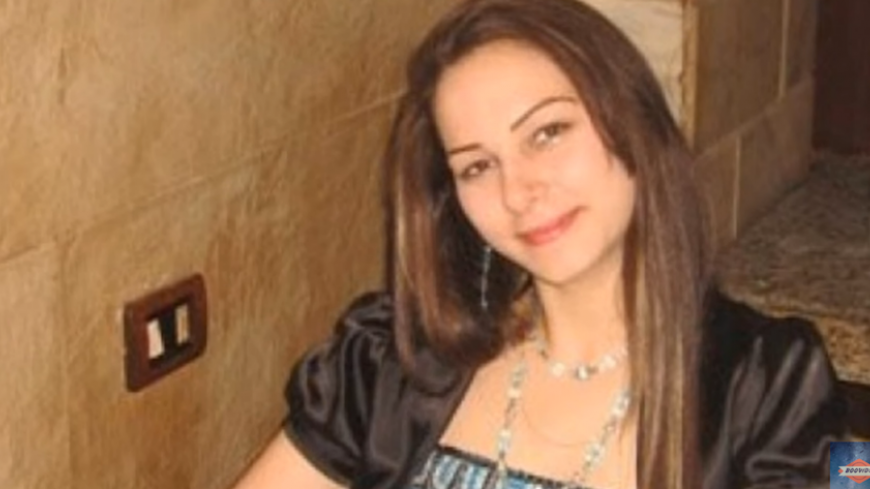 CAIRO — Egyptian Prime Minister Sherif Ismail issued on Nov. 10 a decision to revoke citizenship from Naglaa Ahmad Abdel Ati Suleiman because she also held citizenship from Israel without ever having obtained the required permission. Egyptian law requires that any national who wishes to become a dual citizen first obtain approval from the Interior Ministry.

Suleiman, aka Nana, hails from the town of El Bagour in the Monufia governorate. Her father is Egyptian, while her mother is a Palestinian citizen of Israel.

According to Egyptian birth records, Suleiman, 23, was born in 1992 and left Egypt when she was 5 years old for Israel with her mother and father. The family settled in Nazareth, where her father worked as an accounting manager at a rebar plant owned by a Palestinian businessman. She received an Israeli degree in biotechnology, which is considered a pre-med degree, and she graduated with distinction.

Suleiman won the title of Arab Miss Israel in 2009, and she announced after winning that her participation was “a national action aiming at spreading peace.”

She has said that she refused to represent Israel in the Miss World pageant because she is proud of her Egyptian citizenship. Suleiman also noted that all Egyptian universities turned her down because she has a high school degree from Israel and holds Israeli citizenship, although she also has an Egyptian national ID card.

The decision to strip Suleiman of her citizenship sparked contradictory reactions. Some considered it unjust to take such action against an Egyptian girl just because her mother is a Palestinian citizen of Israel who holds Israeli citizenship. Others believed the decision aims to protect national security and ensure that it is not breached by Israelis.

Saad Eddine Ibrahim, professor of sociology at the American University in Cairo and director of the Ibn Khaldun Center for Development Studies, told Al-Monitor that revoking citizenship is a serious issue that should only be applied in exceptional cases. Therefore, according to him, giving the prime minister the authority to revoke citizenship might result in an abuse of power. Ibrahim expressed his belief that such power must be in the hands of the parliament, and the members of parliament must have all documents and details that allow them to make such a decision after voting on it. He added that this would decrease the possibility of making a wrong judgment and being unjust to certain citizens by depriving them of their most valuable asset — their citizenship.

Ibrahim stressed that there is a peace treaty between Egypt and Israel, and Egyptian law allows for holding dual citizenship. For instance, an individual can have both the Egyptian and American passports or the Egyptian and French passports. Thus, in his view, it is only fair to treat the Israeli citizenship just like all others, especially for the Palestinian citizens of Israel whose lands were occupied. Their only option was to flee and leave their properties to Israelis or stay and hold the Israeli nationality, in the hope that their lands might be liberated someday, according to Ibrahim.

Ibrahim said, “If Suleiman were to [appeal this decision] before the administrative judiciary, the Ibn Khaldun Center would support her because she has not committed any crime against the nation and she is proud of her Egyptian citizenship.”

Ahmed Mekki, minister of justice and former deputy head of the Court of Cassation, said, “Article 10 of the Egyptian Nationality Law states that an Egyptian may not acquire a foreign nationality except after obtaining permission to be issued by decree of the minister of interior. Otherwise, he shall continue to be regarded, in all cases, as Egyptian from all points of view, unless the Cabinet decides to strip him of the nationality according to the provisions of Article 16 of the present law, which tackles the cases of stripping a person of their Egyptian nationality. Article 16 clearly noted in its 10th clause that an Egyptian is stripped of his Egyptian nationality if he has been qualified as a Zionist at any time.”

Mekki told Al-Monitor that the administrative judiciary monitors any decision taken by the executive authority. Moreover, he noted that the decision to revoke nationality is always questionable because the authority might misuse its power as per the individual political inclinations of opponents. Forms of punishment are plenty, but the worst — in his view — is depriving people of their citizenship. He said that there have been calls to strip some opposition figures of Egyptian citizenship, even though it’s the only nationality they hold.

Samir Ghattas, an expert on Palestinian affairs and head of the Middle East Forum for Strategic Studies, an Egyptian think tank, told Al-Monitor, “When it comes to Egypt’s national security, we cannot talk about human rights in general. The cases in which people have their citizenship revoked are individual cases that go against the basics of Egypt’s national security. The Egyptian authorities cannot allow people holding Israeli citizenship to walk around freely in Egyptian administrative centers as Egyptian citizens. If the subject in question, hence [Suleiman], is proud to be Egyptian, she should give up her Israeli nationality, and the administrative judiciary will be fair then.”

He added that the Cabinet is authorized to revoke citizenship, because it includes all ministers in the executive authority. Therefore, according to him, it understands best the notion of national security from all aspects, as per the different portfolios of ministers participating in making the decision.

Musallam added that citizens who hold Israeli citizenship are bound to have some attachment to it and could face pressure from Israeli parties to work with them against their other nationality.