Despite the July 14 Joint Comprehensive Plan of Action between Iran and six world powers, Iranian shares continue to drop. 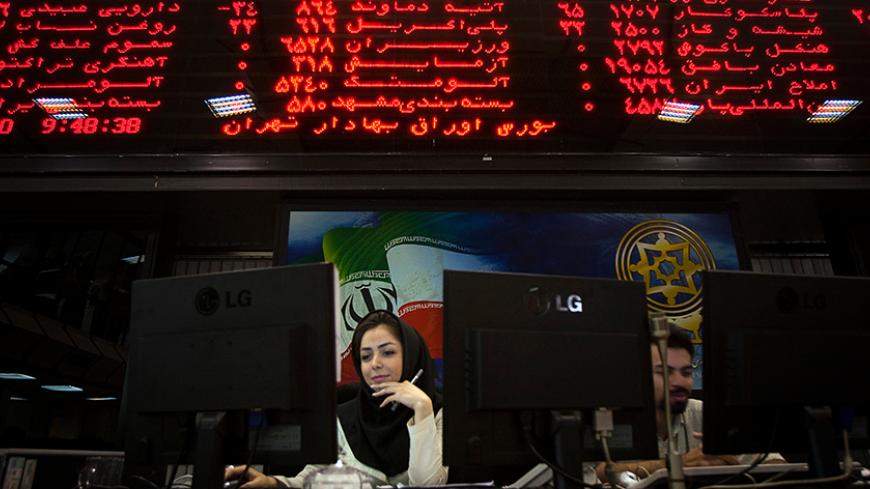 An Iranian official works at her desk in the main hall of the Tehran Stock Exchange, Aug. 3, 2010. - REUTERS/Morteza Nikoubazl 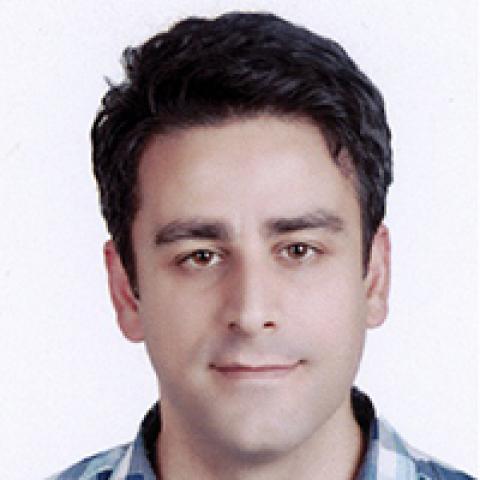 According to Tehran Stock Exchange data, TEDPIX has been extending its monthslong rout, and is now hovering just above the 61,000 mark. Broad sell-offs, particularly in the important automotive sector amid negative adjustments in biannual company reports, have greatly contributed to the latest downturn.

The TSE benchmark had gained some 6% in anticipation of a comprehensive nuclear deal between Iran and six world powers during the Iranian month that ended July 22. However, once the deal was clinched on July 14, the bubble burst. Accumulated gains gradually evaporated, stirring further concern among both retail and institutional investors. The benchmark TEDPIX tumbled over 4% last month, and a total of almost 12% since the nuclear deal was struck.

The gloom currently hanging over Iran’s cash-strapped economy is broad, and encompasses many leading indicators. Mounting pain from falling commodity prices, the high level of nonperforming loans — estimated at up to $60 billion — the budget deficit of potentially 3.8% for the current Iranian year (which began March 21, 2015), the high rate of return being offered by banks and lingering sanctions are ensuring a bleak short-term outlook for the Iranian economy.

Oil and gas as well as petrochemicals dominate equity markets. Jointly, these sectors account for 38% of total market capitalization. They are followed by metals and minerals as well as the financial sector, which respectively account for 20% and 16% of market capitalization. Hence, any jitters in these sectors quickly rattle the market as a whole.

Among the many uncertainties, mining royalties, which have always been a subject of heated debate in the country, are weighing down the important mining sector. This industry has already been severely hit by China’s economic slowdown and the sanctions on Iran. Now, there are increasingly loud calls for a cut in the current 25% mining royalty, even though this would diminish the revenues of the government, which is already reeling from tumbling oil prices. About $550 million were to be collected in mining royalties in the current Iranian year. However, the amount has been reduced to $90 million following negotiations between parliament and Cabinet officials, said Jafar Sargini, the deputy minister of industries, mining and trade. Of note, the long-term royalty rate has not yet been fixed.

Furthermore, ever-increasing ambiguities regarding feedstock prices are painting a hazy outlook for the significant petrochemical sector and pushing investors to the edge. Major Iranian petrochemical complexes are striving to convince the government to reduce feedstock prices and fix them for a 10-year period — currently 13 cents per cubic meter — in an effort to make the sector much more lucrative for foreign investors and help its performance. Iran is seeking almost $85 billion in foreign investment to overhaul its petrochemical industry. The looming rebound in oil prices along with feedstock price ambiguities are ratcheting up pressure mainly on shareholders.

Meanwhile, high interest rates for bank deposits are hanging over the stock market. In a bid to offset stock market losses or to cope with the pace of inflation, investors are fleeing to the safe haven of risk-free bank deposits and fixed-income instruments, including Islamic bonds — sukuk — and the newly debuted Islamic treasury bills.

Many state-owned commercial lenders are in an alarming state, as they hold high levels of toxic debt in their balance sheets. To replenish depleted resources, they have no choice except to lure investors with high interest rates, which can help them survive, Hossein Abdo Tabrizi, a member of the High Council of Exchange Market Representatives, told Al-Monitor. “Slashing the interest rate is a significant step to pique investors’ attention and send them back into the equity market,” Abdo Tabrizi said.

He further elaborated that pension funds used to be the chief liquidity providers in the equity market. However, they now experience more cash outflows than inflows, which is pressuring them to dump shares instead of shoring up portfolios.

When President Hassan Rouhani took office in August 2013, his economic team was geared to manage the rising liquidity issue in a bid to tame stubborn inflation. Hence, interest rates for bank deposits went up to swallow the liquidity. Money flocked to the banks as a safe haven for investments, with up to 25% in annual interest. This policy has been successful in terms of subduing inflation. However, it has been accompanied by a persistent liquidity drain in the equity market.

The credit crunch has ultimately curbed investors' enthusiasm about shoring up their portfolios and triggered sell-offs in the stock market, Mehdi Naji, a senior market analyst at Hafez brokerage, told Al-Monitor.

"The money market is offering a risk-free investment with 25% yield annually, though the equity market's yield since the beginning of the current Iranian year has been even below zero with an average P/E ratio at almost five."

Yet, despite the dark clouds, the Iranian economy is expected to experience a positive momentum by early 2016, when major Western sanctions are to be removed. Fresh stimulus, including foreign direct investment and repatriation of frozen assets abroad, are seen as likely to trigger a persistent upward trend at the stock market. However, until then, uncertainty appears set to continue at the Tehran Stock Exchange.