Why Iran doesn't want to stay in Yemen

Despite hopes of expanded Iranian assistance, Yemen's Houthis are unlikely to receive the kind of help Tehran extends to Lebanon's Hezbollah. 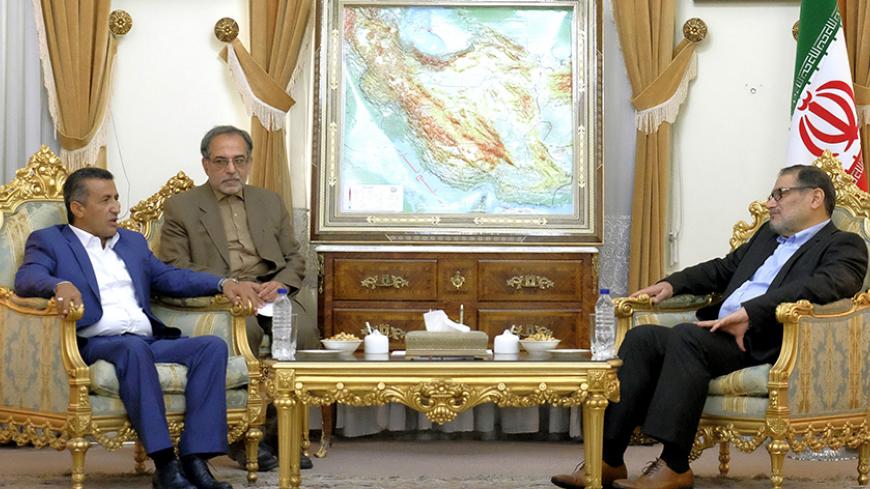 TEHRAN, Iran — The Ansar Allah movement in Yemen, commonly known as the Houthis, has always extended a very special respect for the Islamic Republic of Iran. While not as deep as portrayed in Western media, ties between Iran and Ansar Allah go back in time. Indeed, the founder of the Yemeni movement — Hussein Badreddin al-Houthi, the brother of current leader Abdul-Malik al-Houthi — traveled to Tehran as far back as 1986, in the heyday of the Iran-Iraq War.

Houthi leaders have been very much influenced by the Islamic Republic and sought to convince Tehran to extend the kind of support it offers to Lebanon’s Hezbollah movement. This has, however, never materialized. The Houthis have never managed to gain a position anything close to that of Hezbollah in Iran’s regional calculations — not even now, with the current Saudi-led war on Yemen. Indeed, while Iran has strongly condemned the Saudi offensive, it has gotten involved in the current Yemeni crisis under very different circumstances than that expected of a fervent ally of the Houthis.

Former head of the Foreign Relations Committee of Iran’s Supreme National Security Council, Seyed Hossein Mousavian, told Al-Monitor, “Iran did not want to get involved in the conflict in Yemen. The Saudi military aggression and extensive killing of Yemenis forced Iran to get involved in order to help promote peace.” While emphasizing that “Iran’s interests are best served by peace and stability in the region,” Mousavian also underscored that “it is impossible to maintain peace in Yemen without Iran’s involvement.” Does this then mean that Iran’s support for the Houthis will finally be stepped up to the level extended to Lebanon’s Hezbollah movement? The probable answer is a resounding “no.” To gain a better grasp of why this is the case, there are multiple realities on the ground that must be borne in mind.

First, as far as geography and geopolitics are concerned, Yemen's strategic importance for Iran is simply not comparable to that of Lebanon. Yemen is peripheral, while Lebanon is situated in the heart of the Middle East. Having a presence in Lebanon is important for Iran as it offers a direct vantage point over Israel, an entrance to the wider Levant and access to the shores of the Mediterranean Sea. Yemen offers no advantage of this importance for Iran. On the contrary, for foreign actors, Yemen has turned out to be an impoverished quagmire with no signs of long-term peace and stability on the horizon.

Second, while Iran faces multiple rivals such as France, Israel and Saudi Arabia in Lebanon, its only competitor in Yemen is Saudi Arabia. This does not, however, mean that competition in Yemen is less fierce. The Saudis are in fact far more sensitive about Yemen than Lebanon, given that Saudi Arabia has a land connection with Yemen and shares 1,307 kilometers (812 miles) of border. For instance, the Khamis Mushait base in Saudi Arabia is only 96 kilometers (60 miles) north of the Yemeni border and can be hit with a rudimentary rocket. Such an incident would easily result in war expanding into Saudi territory. In comparison, conflict in Lebanon in no way involves Saudi Arabia’s territorial integrity. Thus, from an Iranian perspective, proxy conflict with Saudi Arabia in Yemen carries the added potential danger of more radical escalation.

Third, even if Yemen did enjoy greater geopolitical significance and proxy conflict with the Saudis did not carry the risk of dangerous escalation, there are fundamental differences between the Houthis and Lebanon’s Hezbolllah that preclude the formation of another Iranian-backed Hezbollah. From a purely religious point of view, the prevalent form of Shiite Islam in Yemen is not the same as the Shiism endorsed by the Islamic Republic. Iran espouses mainstream Twelver Shiite Islam, which is also prevalent in places like Lebanon and Iraq, while the Houthis are Zaydi Shiites, a minority branch of Shiite Islam that is virtually unique to Yemen. More importantly, while Houthis have a strong fighting spirit and have managed to forge a coalition with elements of the Yemeni army, they simply do not possess the kind of distinguished social and economic status that Hezbollah has in Lebanon. Hezbollah commands authority stemming from history, military considerations and its image among the Lebanese public. The Houthis, on the other hand, not only face great shortfalls in terms of the latter, but are further confronted with the complexities of the tribal fabric of Yemeni society.

Lastly, while Hezbollah has greatly benefited from partnership with a friendly neighboring government that has facilitated Iranian support — namely the Syrian regime — Yemen is mostly surrounded by the sea on one side and Saudi Arabia on the other. While the country does share an eastern land border with Oman, history tells us that Muscat never gets involved in regional conflicts. Indeed, the Omanis try to mediate between the disputing countries rather than fuel the fire of conflict. Moreover, dispatching aid to a country such as Yemen under the current circumstances, amid the naval blockade and continued Saudi control of its borders, is exceedingly difficult. In comparison, Hezbollah not only controls large sections of the Lebanese border with Syria, but also controls Beirut’s international airport. In short, the Houthis neither have good relations with a friendly neighboring government nor are easy to supply.

Al-Monitor discussed these challenges to Iranian-Houthi cooperation with Qadir Nasri, a professor of political science at Kharazmi University in Tehran. Striking a sober but negative tone, he said, “Iran’s involvement in Yemen, both in terms of perception and in reality, only stretches Iran’s power and weakens it, just like a piece of gum that gets weak when stretched.” Pointing to the difficulties of involvement in a place like Yemen, Nasri warned that “it prevents Iran from fulfilling its promises, which results in domestic discontent, and — considering geopolitical realities — cannot be justified internationally either.” Former Iranian Ambassador Nosratollah Tajik agrees. He told Al-Monitor, “Naturally, any country has its own sets of interests outside its borders. However, perhaps we did not properly analyze these interests and did not invest properly in defending our political interests.”

Given the cloudy Iranian interests in Yemen, and even less clear advantages of Iranian involvement, what — and when — can be a possible way out of the current deadlock for the Islamic Republic? With regional dialogue at a standstill, some in Tehran point to the West. In the words of Tajik, the former envoy to Amman, “We can begin again after the Joint Comprehensive Plan of Action is implemented, and our relations with the West, and especially the United States, are improved.”