Amid a parliamentary move to hike car import tariffs, debate surfaces on the wider problem of what to do about Iran's troubled auto sector. 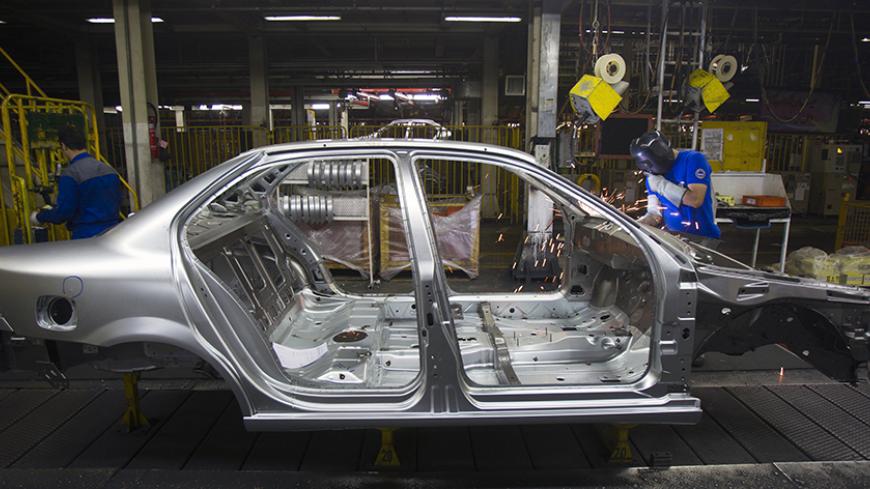 TEHRAN, Iran — Last week, a group of lawmakers from the Iranian parliament’s Industries and Mines Commission introduced a motion to further raise import duties on passenger cars. The underlying assumption is that Iran’s 48-year-old auto industry is at risk amid the grassroots campaign on social media to discourage purchases of domestically made “low-quality” cars.

Among other efforts to shore up the troubled Iranian auto industry is a recent letter by the head of Iran’s Customs Administration that has been widely circulated in local media. In his letter to the Ministry of Industry, Mines and Trade, Masoud Karbasian calls for an increase of up to 150% in car import duties “to prevent imports of luxury vehicles and achieve the revenue target from car imports for this fiscal year.”

Iran currently applies duties at rates from 4% to 100%, with a vast number of products subject to the highest rate. Iran is among less than two dozen nations that have yet to join the World Trade Organization (WTO), an international body that prohibits levying high tariffs. Minister of Industry Mohammad Reza Nematzadeh said in a May speech that Iran would soon apply for WTO membership. Of note, Iran’s bid for accession into the 161-member trade body has long faced a US veto. However, Washington agreed to drop its opposition as part of the interim Joint Comprehensive Plan of Action reached between Iran and six world powers in November 2013.

High import duties are obviously aimed at supporting Iran’s financially and technically weak manufacturing sector. However, Iranian citizens increasingly complain that state support for domestic industry has put intolerable financial pressure on their shoulders, as they waste their money on low-quality products. The only remaining option for consumers is to buy smuggled goods, which are of relatively better quality, but offered at higher prices unaffordable to millions of Iranians.

Indeed, reports show that the high tariff mechanism has failed to reduce imports — despite the government’s claims to the contrary. Instead, it has led to a rise in the smuggling of goods into the country — a phenomenon that critics say increases costs not only for consumers but also producers and the government.

The big picture is that as many as 16,000 manufacturing units registered with industrial parks across the country have either been closed in the recent past or are on the verge of bankruptcy, according to official reports. To a large extent, this is simply because domestic manufacturers suffer from a lack of expertise and liquidity. Asadollah Asgaroladi, a member of the Tehran Chamber of Commerce, says the auto industry — the second-largest economic sector after oil and gas — would have gone bankrupt if cars, like many other goods, could have been easily smuggled into the country. The veteran trader told Persian-language economic weekly Tejarat-e Farda that a tariff mechanism would be effectual in an economy where authorities are able to eliminate smuggling operations in an effective way. He thus called for a cut in duties, claiming that the reason why authorities resist cutting car import tariffs is that certain officials are among shareholders of domestic auto companies.

In a similar comment made in the same weekly, Majid Reza Hariri, deputy head of the Iran-China Chamber, denounced the behavior that has caused domestic manufacturing to remain immature. Hariri and many other economic pundits believe that the Iranian government has allowed imports of expensive raw materials and for “subsidized” goods to then be exported. Experts say this has hurt both consumers and producers.

A great portion of Iran’s nonoil exports — including steel, cement and petrochemicals — are fueled by expensive imported raw material. Additionally, factories consume feedstock and fuel at subsidized prices. Hariri argues that a tariff barrier of about 26% along with the cheap loans, subsidized fuel and foreign currency that are provided to domestic manufacturers cost Iranian consumers billions of dollars extra each year. He and other liberal economists thus see immediate trade reforms as crucial for the Iranian economy.

However, if the government opts to cut tariffs to be the same as what WTO member states apply — 3.5% on average — it would lose a considerable amount of revenue, putting more pressure on a budget already in deficit. The government’s tariff revenues in the current fiscal year (ending March 19, 2016) is expected to reach 130 trillion rials ($4.3 billion) — 30% higher than last year. Considering that oil revenues stand at an expected $27.5 billion, the government’s hesitance about tariff reduction appears reasonable. Yet trade authorities must be honest with themselves. Iran is surrounded by open economies that avidly struggle to find a way into the Iranian market. If the Iranian economy does not officially open its doors, smuggled products will continue seeping in.

Prominent Tehran-based economist Mohammad Mehdi Behkish believes Iran can begin to open via reform of its tariff system. He argues that import duties are no longer an effective tool to regulate trade operations in the hands of governments. Indeed, in classical economics, governments used to use import duties to generate revenue and support domestic manufacturing. However, that’s no longer the case as all free-market economies have stopped levying high tariffs. In this vein, Behkish ominously warns that Iran will become a large market for goods smuggled from the United Arab Emirates, Turkey and even from India, Pakistan and Afghanistan should it not implement trade reforms.

But reforms of the kind Behkish propagates will not be successful unless the government simultaneously addresses three other stumbling blocks. The administration of President Hassan Rouhani is being urged by senior economists to be transparent by introducing a series of plans in the near term to unify the official and open market foreign exchange rates, cut interest rates — which have gone as high as 28% in recent months — and curb costly energy subsidies. Only a comprehensive plan that also addresses these issues will allow the government to gradually improve the business environment and deregulate the market. If not, it will be hard to imagine the active presence of domestic and international investors.