For years, Egypt’s Ministry of Religious Endowments has been weeding out dozens of fake mosques that employ thousands of salaried workers paid by the state to do nothing. 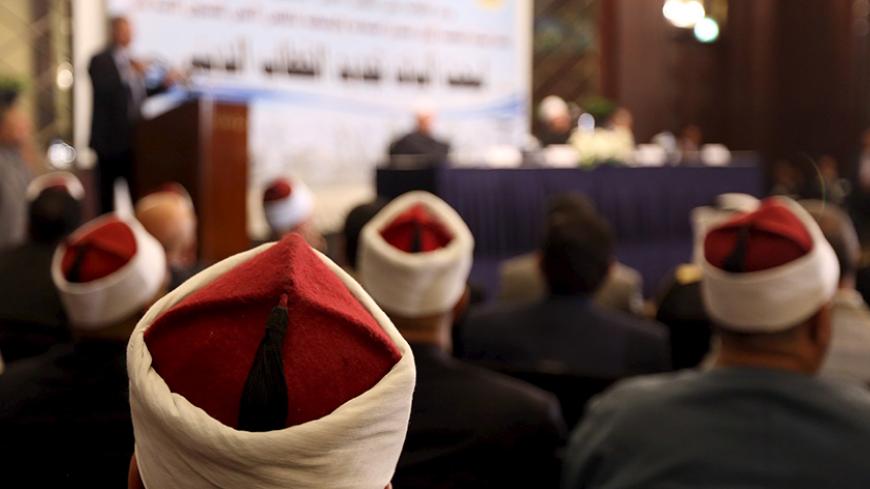 CAIRO — The Egyptian Ministry of Religious Endowments is being plundered. The ministry has been fighting this controversial practice since 2012, when Talaat Afifi was appointed minister, with the discovery of a quarter billion Egyptian pounds ($31 million) in losses and 5,000 fake civil servants in these nonexistent mosques.

These establishments are vacant premises bearing the name of a mosque. No prayers or any religious rites are practiced in them; they are rather constructed to justify appointing salaried workers paid by the Ministry of Religious Endowments. In this context, 50 fake mosques were discovered on Sept. 27 in Minya governorate, each employing three salaried workers since 2009 in return for bribes.

In February 2009, the Public Funds Investigation Department summoned a number of ministry employees and members of monitoring bodies who filed notices and complaints against officials at the Ministry of Religious Endowments, accusing them of taking bribes and kickbacks for registering nonexistent mosques and prayer rooms.

In February 2012, Sheikh Mohammed Abu Hatab, then-undersecretary of the Ministry of Religious Endowment in Alexandria, revealed that 4,500 civil servants had been appointed in fake mosques scattered across Alexandria. He pointed out that these individuals had been appointed between 2007 and early 2011, and that he had informed the prosecutor of the corruption.

In May of the same year, the matter was brought up before the parliament. Mohamed al-Jafari, a parliamentarian with the dissolved Freedom and Justice Party, filed a request for information regarding more than 25 fake mosques registered with the Directorate of Endowments in 6th of October City and prayer rooms hiring more than 90 people including general workers, muezzins, ritual makers and imams, who have been receiving monthly salaries and incentives for several years without any actual work being done.

This corruption within the ministry is nothing new. It began before the 2011 revolution and is common in a number of Egyptian governorates, including Alexandria, al-Sharqiya, Minya and Buhaira.

In February 2013, the ministry admitted that when Afifi was appointed minister, it discovered more than 5,000 fake mosques assigned 11,000 civil servants to positions such as cleaning crew and security guards. The ministry also announced the referral of those in charge of these mosques to the public prosecution, which declared that it would investigate these mosques.

On May 12, 2013, Sheikh Hussein Habib, an imam affiliated with the Ministry of Religious Endowments, filed a complaint with the Administrative Court against Afifi and prominent officials within the ministry, accusing them of covering up fake mosque violations and of squandering public money.

This complaint indicated the existence of 100 mosques affiliated with the Directorate of Endowments in Monufia that have been approved by the ministry's annexation committee since 2008. Many violations emerged involving annexations that are not sites for religious rituals, including the registering of agricultural lands and fodder and grain warehouses as mosques.

A committee was formed by Endowments Minister Mohamed Mokhtar Gomaa in December 2014 to contain the crisis when the fake workforce phenomenon reached its peak, with more than 15,000 mosque workers bribing their way into appointments. Although this committee started its work in Alexandria in the same month it was formed, the crisis still persists to this day.

He added, “Their situation was thus regularized and their salary for the month of November was disbursed, while the remaining number of fake mosque workers refrained, which prevented the directorate from disbursing their salaries.”

Abdel Momen asserted that an inventory revealed nearly 2,000 additional fake workers who did not file their papers and that the directorate will only pay them when they do.

In a May 21 press conference at the ministry, Gomaa announced that the ministry has created a mosque database to fight the fake mosques and mosque workers phenomenon.

Gomaa pointed out that the ministry registered all mosques, documented them electronically, provided them with titles and determined the number of mosques, imams and workers in each governorate. According to Gomaa, this step came after discovering, for example, cases of seven workers being appointed to work in small mosques while large mosques might only employ three workers.

Sheikh Mohammed Abdel Razek Omar, head of the Religious Department at the Ministry of Religious Endowments, told Al-Monitor that the practice of building fake mosques and assigning them workers started in 2006. He noted that the parties in question are being interrogated by the Public Funds Investigation Department and added that some individuals were dismissed from their jobs while others were imprisoned for fraud.

Omar said, “We were surprised by the existence of this file and the large number of fake workers after the advent of Gomaa to the Ministry of Religious Endowments on July 16, 2013.”

He added that the state authorities must beware of this type of crime in all sectors. “Who will fight corruption if not Al-Azhar and the Ministry of Religious Endowments?” he asked, calling for supervision over all religious institutions and for a law governing places of worship.