Culture Minister Miri Regev belittled Western education to appeal to her constituency, but these populist declarations contradict the social mobility achieved by Mizrahi women through university studies, including her own. 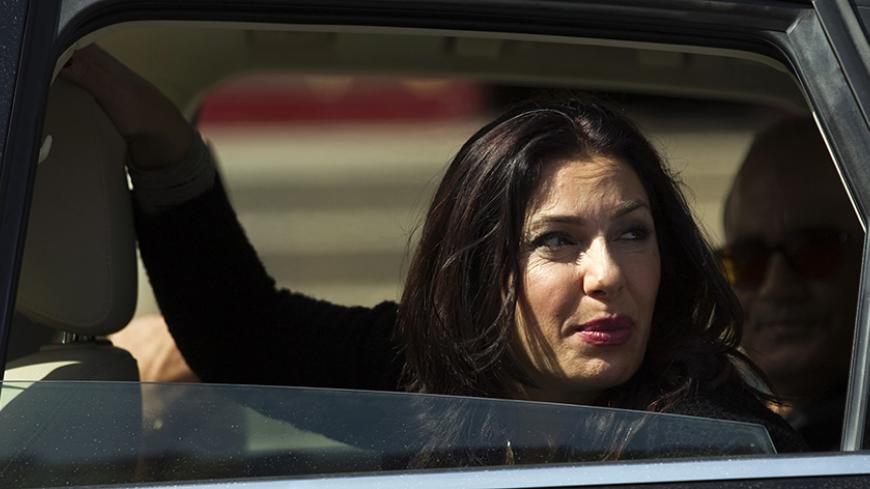 It is not my intention to contest the painful personal experiences that Minister of Culture Miri Regev had at home, growing up in the southern development town of Kiryat Gat.

“I, Miri Siboni Regev, never read Chekhov. I almost never went to the theater, I listened to [Israeli-Moroccan singer] Jo Amar and Sephardic songs and I am no less refined than all the consumers of Western culture,” Regev said of herself proudly, defiantly, in a kind of personal confession featured in a Sept. 12 interview with Yisrael Hayom. The interview stirred a huge public debate. “When I was young, I was convinced that Mizrahi culture is ugly, and I was embarrassed about it. I used to ask my mother, ‘Why would you go listen to [Sephardic-style] liturgical poems in the synagogue?’”

I didn’t grow up in Kiryat Gat, but the population of the development town of Migdal HaEmek, where I was born and raised, was very similar in its composition to Kiryat Gat in the 1970s and 1980s. There were immigrant populations from Morocco and Iraq and a constant, built-in tension between them and the European “Ashkenazi” immigrants. I won’t get into the question of who "won;” I will just say that from my own very subjective viewpoint, Mizrahi culture was the dominant one. It was very much out in the open, not hidden.

I still wax nostalgic over the henna celebrations women held as they accompanied young Moroccan brides to the mikvah, or ritual bath, right before their wedding. I still picture the women, dressed in their colorful folk costumes as they drummed on their darbukas. I still remember how fascinated I was by the sights, the scents and the sounds from distant lands.

How can I forget the Moroccan slang, and even all the colorful curses that have since become part and parcel of Israeli slang (as anyone who watches the popular award-winning Israeli TV series "Zaguri Empire" knows). Even now, when I hear it spoken, I am immediately transported to my childhood home.

But I remember the literature classes at Rogozhin High School in Migdal HaEmek. We studied Faulkner, Bashevis Singer, Yehuda Amichai, David Avidan, Michal Ravikovich, Nathan Alterman, Camus, Molière, Hemingway, Ibsen and Shakespeare, along with the medieval Jewish poets of the Golden Age of Spain: Ibn Gabirol, Ibn Ezra and Yehuda Halevi. I liked some more than others. I remember how I spent my nights reading everything Iraqi-born author Sami Michael wrote. He made a deep impression on me because his books told the story of my parents, who had immigrated to Israel from Iraq. He described their rich culture and language, and how proud they were of their heritage. I could identify with his defiant attitude toward the dominant Labor Party, identified with the Israeli-born Ashkenazi. It was an attitude I well understood because of my own parents’ experiences as immigrants.

In my particular case, my first painful encounter with my Mizrahi heritage occurred after I left Migdal HaEmek and dared to venture into the wide world with the distinctly Mizrahi name Mazal Mualem and all that it implied. But that’s a story for some other time. Migdal HaEmek was a greenhouse of sorts where an unmediated Mizrahi culture could flourish.

But back to Regev. To paraphrase the timeless opening line of Tolstoy’s "Anna Karenina," “All Mizrahi families are alike. Each Mizrahi family is unhappy in its own way.” I am sure that Regev knows that line. I’m sure that she read Chekhov too, because if memory serves me right, he and Tolstoy were both required reading for the Israeli matriculation exams. I’d also like to believe that when Regev said in an interview with Channel 2)that she wants schools to teach more Ibn Gabirol, she knows how to pronounce his name properly, even though she prefers to use the more popular mispronunciation of his name (Even Gvirol) as a way of winking to her constituency.

I have no problem with Regev’s depictions of her upbringing. It is her story, after all. In general, I have an inborn sense of empathy for her bruised Mizrahi identity and enormous admiration for how far she has come. What I do have a problem with is her deliberate distortions when she tells her story, using a populist approach that denigrates and rejects the values of broad horizons and quality literature. I feel this way especially because Regev has enormous political clout. I consider her a successful Mizrahi woman, but one of the reasons she is so successful is because of the broad education she received, and which she now chooses to ridicule. As someone who was always so focused on achieving her goals, Regev undoubtedly recognized that a good education and a matriculation certificate (which meant reading Chekhov) followed by a university education (she has a bachelor's degree and an MBA) are the key to success.

The seminal 2013 study "The Israeli Economy: Has the Melting Pot Succeeded?" by Momi Dahan, a professor at the Hebrew University and senior fellow at the Israel Democracy Institute, presented the first evidence of a decline in the income gap between Israeli households of European-American origin (Ashkenazi) and Middle Eastern or Asian-African as defined in the study (Mizrahi). Dahan also found that the factors allowing Mizrahi women to reduce the gap included education, an increase in the average age of marriage and a lower birthrate compared with previous generations.

Born in Morocco but raised in Migdal HaEmek, Dahan wrote his doctorate on economic growth and inequality, a subject he continues to study today.

I remembered Dahan’s research while trying to understand how Regev has been showcasing her Mizrahi identity ever since she entered politics, and even more so since she was appointed culture minister in May. She is part of an ever-growing group of Mizrahi women who have achieved social mobility through education.

I can only assume that even if Regev had been exposed to Dahan’s research, she would have ignored it. After all, it doesn’t conform to her agenda as a Likud politician. She cracked the genome of the party’s Central Committee and discovered that public defiance of “Ashkenazi hegemony” is a voter magnet, especially after the March 17 election. And it doesn't matter to her if she leaves a trail of destruction and ruin by taking this approach and that she is actually leading us Israelis backward.

“Much of the reduction of social and income gaps can be attributed to the emergence and growth of the Mizrahi woman,” Dahan told Al-Monitor. “From the founding of the state until the mid-1990s, the income gap between the two groups remained static. From that point on, there has been a reduction in the income gap. When I examined the reasons, one of the intriguing findings was that several parameters could account for the reduction of social gaps between Ashkenazi and Mizrahi women. These parameters included marriage at a later age, fewer children and better education. Education enables men and women alike to achieve a better quality of life.”

I would highly recommend, for instance, that Regev find the time to read and carefully study Dahan’s encouraging research, and thus understand that the issue is much more complex than just becoming the focus of another provocation.