Is Turkey's 'emergency rule' back?

With increasing tensions in the region, declaring 37 areas "provisional security zones" off-limits to civilians is seen by some as a resurrection of Turkey's emergency rule. 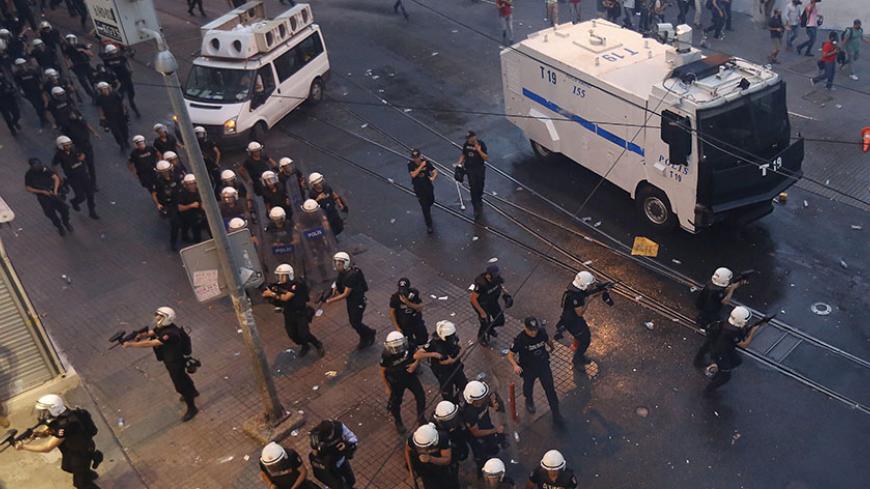 One of the areas is Geyiksuyu, a village northwest of Tunceli in southeast Turkey, which is in the middle of a beautiful wilderness and surrounded by forests. But now that wilderness is off-limits to civilians following an edict by the provincial governor citing Law 2565 on Military Forbidden Zones and Security Zones. Ostensibly, the bans are designed to protect civilians.

Villagers are upset by the ban, as Geyiksuyu itself is not in the forbidden zone, but residents need access to the restricted areas to run errands and conduct trade.

“There are people who are engaged in beekeeping and animal husbandry in that area,” Haydar Zeytin, Geyiksuyu’s top official, told Al-Monitor. “Beekeepers cannot relocate their hives, because they will lose both the bees and their produce. Winter is coming. People have to stock up on wood, graze their animals. Beekeepers must find a way to enter that zone because otherwise bears will destroy their hives at the peak of the season. What are people to do?”

Thirteen other areas in Tunceli province alone also have been declared forbidden zones. Lawyer Baris Yildirim, spokesman for the Dersim Cultural and Natural Heritage Preservation Initiative, obtained a court injunction in 2008 to lift a ban imposed at that time. He is preparing to seek court action once again.

He told Al-Monitor the latest bans are advanced versions of the former emergency rule. “One of the powers given to governors under the emergency rule law was to ban access to a zone. But this authority was never used. Instead there were arbitrary bans on populated areas. They declared five provisional security zones in 2008, but we went to court and won all cases.

“In one case we said that military security zones can be declared only for areas for exercises with a 400-meter [0.25-mile] radius. The court ruled in favor of us and canceled the practice. In Tunceli province, there are now 14 special security zones. Nearly all of them are populated areas where people live or keep bees, or highlands where herds are grazed. It is a heavy blow to people. During emergency rule days there were no official decisions, but action was taken on the ground anyway. Now there is an officially declared ban.”

The first forbidden zone this time was declared by the governor of Sirnak, who set nine zones off-limits for six months, the longest allowed period for a ban. The governor cited increased activities in the area by the Kurdistan Workers Party (PKK) and a plan that is currently in progress to relocate PKK cemeteries.

Nusirevan Elci, president of the Sirnak Bar, told Al-Monitor the decision is de facto implementation of the emergency rule.

“We have been saying for years that the question cannot be resolved with security mentality. This is the result of resorting to security methods by abandoning the normal process,” Elci said.

As of this writing, 37 areas in Gaziantep, Sanliurfa, Tunceli, Kars, Agri, Hakkari, Siirt and Sirnak provinces had been declared provisional security zones. The law allows bans from 15 days to six months. Nobody can enter those zones without permission, and doing so could mean fines and imprisonment.

“With this decision for forbidden zones, what is suspended is democracy,” Baluken said. “Rule of law is being violated. In addition to the political ramifications of the decision, there are also the legal aspects. Basic rights of residence, traveling and communications recognized by the constitution are violated. The ‘contract’ between the people and the public authority of law is violated by the authority.”

Although most of the forbidden zones are those where the PKK is known to be active, two areas on the Syrian border were also included on the off-limits list.