As Turkey's consumer confidence plummets, what does that mean for the AKP?

Turkey’s consumer confidence index — a key indicator that is closely correlated with the AKP’s electoral showings — is on the decline, signaling further losses for the party in the Nov. 1 early elections. 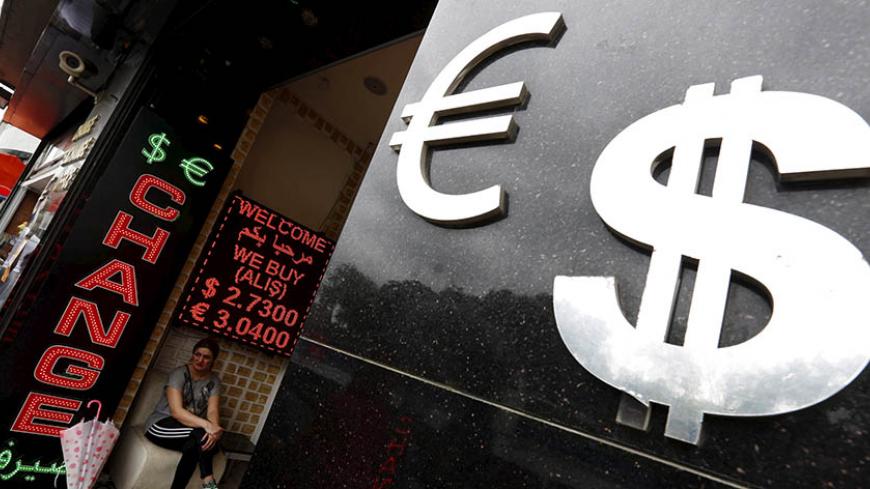 According to a Turkish proverb, “The calculation made at home goes awry at the market.” It basically means the decisions one makes and implements with available knowledge, experience and foresight may not produce the desired results in the face of changing realities on the ground.

The developments in Turkey since the June 7 elections, which saw the Justice and Development Party (AKP) lose its governing majority after 13 years in power, show that the calculation President Recep Tayyip Erdogan made “at home” was to take Turkey to snap elections as soon as possible in a bid to propel the AKP back to power as a single-party government. It seems, however, his calculation may go “awry at the market.”

Let’s first see what his “calculation at home” entails. Erdogan got his early election plan rolling immediately after the June 7 vote. So much so that on June 8 the front pages of several newspapers close to the president were already trumpeting the prospect of early polls. Soon, Erdogan himself made his intentions known. Only six days after the polls, he said fresh elections would be inevitable if a coalition government could not be formed. “I don’t call it an early election but a repetition of the election,” he said. On June 21, many days before he formally tasked AKP Chairman Ahmet Davutoglu with forming the government, he once again alluded to early elections, saying, “If politicians can’t resolve it, the people are the only authority who will.”

On July 9, Erdogan finally gave the mandate to Davutoglu, who had 45 days to form a government under the constitution. The coalition talks between the AKP and the Republican People’s Party dragged on for weeks before ending in failure as expected. Davutoglu returned the mandate on Aug. 18, five days before the 45-day deadline was to expire. Erdogan refused to give the mandate to someone else.

Thus, the first condition for his early election plan — that no government emerges from the new parliament — materialized, with the new vote now scheduled for Nov. 1. The second leg of the calculation Erdogan made “at home” requires the AKP to reclaim its parliamentary majority. Obviously, early elections will make no sense if the party gets the same or a worse outcome.

To get what it wants, two things are imperative for the AKP. First, it has to push the Kurdish-dominated Peoples’ Democratic Party (HDP) under the 10% threshold vote required to enter parliament, which would allow it to grab most of the seats the HDP won with 13% of the vote. Second, the AKP has to win back nationalist Turks who gravitated to the Nationalist Action Party, angry with the “peace process” between Ankara and the Kurdistan Workers Party (PKK). In this context, the large-scale air raids launched against PKK targets July 24 ended unequivocally the state of nonhostility with the PKK since 2012 in what was a deliberate political choice, intended to serve both electoral objectives mentioned above.

Now, let’s come to the second part of the proverb. Will the calculation made at home work at the market? The market here is not a metaphor, but a very real market: the financial markets and the economy in general, including the subjects of Erdogan’s plan — the voters — in their capacity as consumers.

The electoral showing of a governing party is generally accepted to be in correlation with economic growth and prosperity. Hence, if “the calculation at home” is aimed at voters, they should be at the heart of any equation between the economy and election results.

While the economic growth rate is a factual reality, the way it sways elections depends on how voters perceive the state of the economy. The consumer confidence index (CCI) is a means to measure that perception. The index measures consumers’ confidence in the market and the economy in general, based on their level of their optimism for the future expressed in spending and saving trends. In Turkey, the index is measured in monthly surveys conducted jointly by the Turkish Statistics Institution and the Central Bank.

Now, let’s see whether Erdogan’s calculation will work “at the market,” taking the CCI indicator as a basis. The CCI and the AKP’s share of the vote have been in a stable, almost algorithmic correlation, increasing or decreasing proportionally in a very narrow range with only minimal changes. This has been true for all elections, both parliamentary and municipal. No exceptions.

Let’s see how these intriguing figures have moved up and down over the years. In July 2007, the CCI stood at 82.3, a fairly high level. In the July 22 general elections that year, the AKP came out strong, winning 46.6% of the vote. The ratio of the CCI to the AKP’s result was 1.76.

In March 2009, the CCI was down at 61.6 with the impact of the global financial crisis. In the March 29 municipal polls that year, the AKP’s vote plunged to 38.3%, based on results from the vote for provincial assemblies. The ratio stood at 1.6.

Finally, in the last legislative election on June 7, the AKP got 40.8%, with the CCI down at 66.4 that month. Both the AKP’s vote and the index had declined, with the ratio standing at 1.63.

As you may already have noticed, the ratio of the CCI to the AKP vote has varied between 1.76 and 1.6, without any major deviation. Could it be a coincidence? It’s hard to suggest that such is the case when something repeats itself so steadily.

The only vote that makes an exception in this sense is the March 28, 2004, municipal election, the first after the AKP came to power in 2002. The CCI that month was 97.8, while the AKP’s share from the provincial assemblies vote stood at 41.7%, which put the ratio at 2.35. This deviation, however, stemmed from the fact that this particular vote was the last election in which the once-powerful center-right Motherland and True Path parties contested, curbing the AKP vote.

Hence, by concluding that the CCI AKP vote ratio has steadied in a very narrow range, we can have a sound clue of how much support the AKP enjoys today or can garner in the Nov. 1 vote.

The CCI is on the decline. The index stood at 64.7 in July before falling to 62.4 in August. The factors shaking consumer confidence are easy to list: rising unemployment and a stagnating economy coupled with the failure to form a government and the uncertainty created by early elections, the Turkish lira’s free fall against the dollar and the rekindled war in the southeast.

What remains unknown in the equation today is the AKP vote. By using the unwritten rule of the game — the CCI AKP vote ratio — we can calculate how much vote the AKP was likely to garner if elections were held today. Based on the June 7 ratio of 1.63, the August CCI of 62.4 corresponds to 38.3% of the vote. With a vote of about 38-39%, the AKP stands no chance of winning a governing majority in any scenario that has the HDP above the threshold. The party may end up with an even worse result if the CCI continues to decline on the same pace until Nov. 1.

Could a dramatic deviation occur in the CCI AKP vote ratio despite the steady trend since 2007? In other words, could the AKP increase its vote on Nov. 1 while the CCI is falling? Only some extraordinary and unpredictable developments could make this happen.

As things stand today, the AKP needs a higher CCI even to retain its vote of June 7. This would require Erdogan and Davutoglu to pull rabbits out of their hats until Nov. 1. And if they fail to do so, the calculation made at home will clearly go awry at the market.