Turkey’s consumer confidence index, which also reflects voter confidence, has plunged to a record low ahead of a critical rerun of the mayoral election in Istanbul next month. 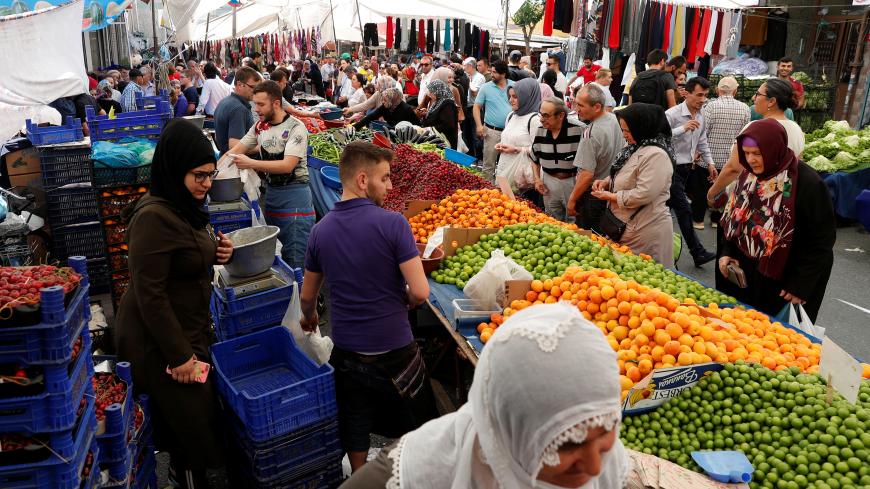 Turkey’s ruling Justice and Development Party (AKP) may have secured a rerun of Istanbul’s mayoral race to try to reverse its defeat in March, but it has had little to celebrate ahead of the critical vote, with economic woes sinking consumer confidence to record lows.

The AKP’s election scores over the years show that the party has suffered setbacks in times of plunging consumer confidence. Turkey today is in the midst of a serious economic downturn that is hitting hard, especially in Istanbul, the country’s biggest city and economic hub.

In the March 31 local polls, the bloc led by the main opposition Republican People’s Party (CHP) emerged victorious, not only in Istanbul, but in almost all major urban centers, including the capital Ankara and the third largest city, Izmir. The AKP refused to concede defeat in Istanbul, the long-standing pillar of its patronage networks, claiming irregularities and raining objections to the higher election board. Under pressure from President Recep Tayyip Erdogan himself, the majority of the judges on the board voted to void the result on grounds that some polling station officials were not public servants, without any mention of vote-rigging. It was an unprecedented move that many saw as a travesty of electoral laws.

The redo vote on June 23 will be Turkey’s third election within a year. In June 2018, the country held parliamentary and presidential polls, which the government brought forward from November 2019, alarmed that the brewing economic crisis would cause it greater political damage down the road. This proved a wise decision, as the crisis was not yet palpable in earnest, and the AKP won the elections.

The crisis quickly worsened, however, leading to a severe currency shock in August under the impact of political spats with the United States. The government scrambled to contain the crisis, but did little to tighten the belt as the looming March 31 polls led it to resort to populist measures. It did manage to reduce the fever of the crisis, but at the expense of braving bigger tremors down the road.

The ire of urban voters hit by soaring prices and growing joblessness was a major factor swaying the local polls, which saw the CHP triumph in 21 provinces that contribute 62% of Turkey’s gross domestic product (GDP). The biggest trophy was Istanbul, which alone accounts for 31% of the GDP. The cancellation of the Istanbul vote has now added a sense of injustice to the public’s economic frustrations.

The protracted election hubbub has left the economy waiting for remedies while continuing to lose blood. The government has kept deferring the drastic measures the crisis requires, sticking to populist policies that only enlarge the Treasury’s gaps.

Amid lingering pessimism over the country’s economic prospects, domestic and foreign actors have increasingly fled the Turkish lira, turning to hard currency. In response, the central bank has scrambled to prop up the lira, draining its reserves, along with other extraordinary steps to back the Treasury in keeping the economy from the edge.

Yet nothing seems to have eased the confidence erosion among the populace and economic actors, as evidenced by an ongoing decline in confidence indices.

The consumer confidence index — compiled through monthly surveys to measure consumer assessments and expectations on their financial standing and the economy in general as well as their spending and saving tendencies — plunged to 55.3 in May. The more the index goes below the 100-mark, the more pessimism it indicates. The May figure was 13% down from the previous month, reflecting a grave erosion of confidence. It marks the lowest level the index has hit in the 17-year history of the confidence surveys, falling 0.4 points below the hitherto dip of 55.7, measured in November 2008 amid the global financial crisis.

The May result speaks of unprecedented gloom among consumers. Pessimism is at its worst level in sub-categories such as expectations on the family’s financial situation, the general state of the economy, a possible improvement in the unemployment rate and saving prospects.

Entrepreneurs remain similarly pessimistic. Those in the retail sector express worries about the future in terms of business volumes, sales and destocking. The survey shows that gloom continues to grip also the construction sector, which used to be the driving force of the economy before becoming the first and most battered victim of the crisis.

The real sector confidence index, compiled from the manufacturing industry, was also down from the previous month. Based on a survey with 1,720 manufacturers, the index dropped 6.6 points to hit 98.9 in May.

Finally, the economic confidence index — the composite of consumer and producer assessments, expectations and tendencies — fell to 77.5 in May from 84.7 in April, dragged down by the tumbling indices of consumers and the manufacturing, services, retail and construction sectors. The last time the index slumped to similar lows was during the 2008-2009 global crisis.

The staggering drops in the economic confidence index and its most important component, the consumer confidence index, are not without political messages, of course. The consumer index also reflects “voter confidence” to some extent. Its ups and downs have always hinged on election results.

At the time of the March 31 local polls, the consumer confidence index stood at 59. Now, just weeks before the election rerun in Istanbul, it has shed another four points. For sure, the drop is not a literal reflection of voter sentiments, but it is still a major indicator that cannot be ignored.