Israel needs new police chief, but is Gal Hirsch the one for the job?

With the deteriorating image of Israel's police force, it was necessary to appoint an outside candidate as police chief, but perhaps controversial reserve Brig. Gen. Gal Hirsch is not the right person for the task. 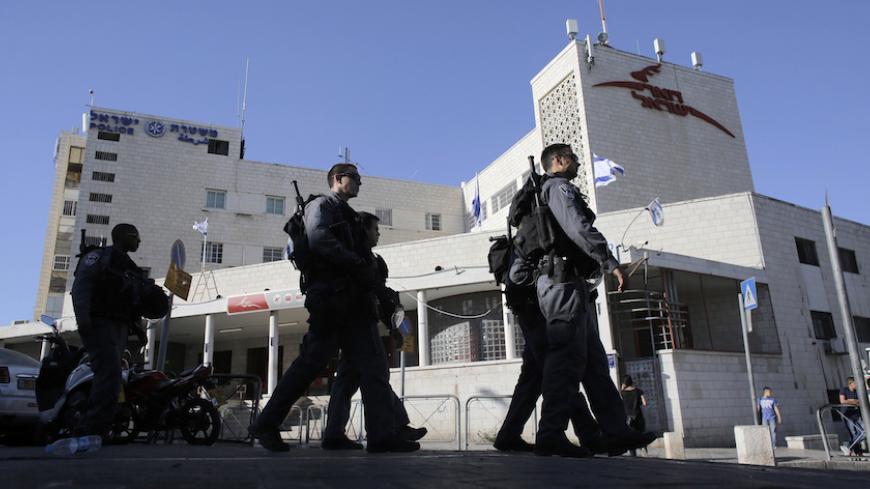 Public Security Minister Gilad Erdan made the right decision in appointing an outsider to head up the national police force after realizing the extent of the disease and rot in the organization. His decision to look for a candidate among the ranks of the military was also correct, given the Israel Defense Forces’ (IDF) healthier organizational culture. Erdan, one of the smartest and most talented members of the government, displayed independent, out-of-the-box creative thinking and good intentions. Nevertheless, he chose the wrong man for the job.

In the days since the Aug. 24 naming of Brig. Gen. (Res.) Gal Hirsch as the next police commissioner, more and more questions have arisen regarding his suitability and competence for the position at such a complex juncture for the police force.

It is also hard to shake off the sense that the appointment was hasty and reckless. Had Erdan taken a few more days to examine the candidate, he himself might have anticipated the extent of the (justified) storm it would generate and dropped the idea. Erdan would have invariably come in for criticism over the wait for a police chief, but he would have spared himself the questions that he now faces.

The real issue is not the rebellion by former commissioners and senior officers who convened an “emergency session” Aug. 26 to warn that Hirsch was not suitable. They are, of course, the last ones who can protest the appointment, after failing to speak up when seven top officers resigned or were forced to resign in disgrace one after the other after being implicated in sexual harassment cases. Their ridiculous little uprising should not affect Erdan, nor does it have any public impact.

On the other hand, the minister of public security should have looked into the reports about the Second Lebanon War, which cut short the promising military career of Hirsch, the division commander under whose watch the kidnapping that sparked the 2006 war occurred. Erdan, usually known for his thoroughness, surprisingly did not consult with reserve Maj. Gen. Doron Almog, who headed the IDF commission of inquiry into the war’s failures. At the very least, he should have asked Almog why he determined that Hirsch could not hold future command positions.

Anyone parachuting in an outsider to head the police force to rehabilitate its image and performance and command some 30,000 policemen and women must ask the toughest questions and hear the most strenuous objections before making such a significant decision — not just for the sake of the police and the public, but for his own good, too.

Erdan can hardly be blamed for being impressed by Hirsch. He is an articulate, bright man, educated and personable, who expressed real desire to continue serving the public and to take on the challenging job. Nonetheless, shouldn't he have considered Almog’s scathing opinion that Hirsch could not continue in command posts and that his leadership and professionalism were deeply flawed? Bereaved families from the Second Lebanon War protested outside Erdan’s home Aug. 27 in an attempt to foil Hirsch’s appointment. They are greatly upset, and rightly so. They are asking themselves how it is possible that an officer who failed so abysmally, both in preventing the kidnapping and in understanding its implications, is being handed command of the country’s police force. These emotions, which naturally bubble to the surface when bereaved families stage a protest, could confuse the issue and introduce irrelevant elements into the picture. But even if one sets them aside, Erdan still must reconsider.

Erdan has been defending the appointment in the media with all his might since it was announced, using his considerable rhetorical skills to do so, but he is caught in a dizzying spiral. He has to defend his pick, which even the prime minister congratulated, but it seems he did not anticipate the enormity of the opposition, and perhaps he is admitting to himself that he was not sufficiently thorough. After all, the one who stands to lose most from this affair is Erdan, not Benjamin Netanyahu.

In the meantime, it turns out that Attorney General Yehuda Weinstein is looking into allegations of misdeeds in two business deals that Hirsch conducted as the owner of a defense contracting company. Even if there’s a deliberate attempt underway to thwart the Hirsch appointment, Erdan cannot push it forward before the attorney general has concluded his probe.

According to the latest Israeli Democracy Index by the Israel Democracy Institute, since 2012 public trust in the police has plummeted from 61% to 46%. This seems to be the result of public disclosures, especially over the past year, of the shortcomings and ailments plaguing the police force: sexual harassment scandals and conduct unbefitting top officers who were forced to resign, in addition to the flawed response of the emergency dispatch center to the phone call made by the three kidnapped Israeli youth in June 2014. Under the command of outgoing police Chief Yohanan Danino, who cuts an excellent public relations figure (much like Hirsch), the Israeli police force has been exposed as a mediocre organization lacking an ethos of excellence.

Erdan had the right idea in bringing in an outsider to shake up and shape up the police. He came to that conclusion after the devastating failure to prevent the murder of teenager Shira Banki and the wounding of others at the July 30 Jerusalem gay pride parade. This outrageous and unforgivable lapse, so it seems, led Erdan to bring in a fitting external candidate to lead the rehabilitation project, going back on his initial declaration that he would name a commissioner from within the police ranks.

The Israel Democracy Institute's Tamar Herman, who compiles the democracy index, views Erdan’s decision as eminently logical. “The IDF also suffered a loss of trust after the Second Lebanon War. This was rectified within a relatively short time, probably by the speedy and publicized actions taken by the new chief of staff at the time, Gabi Ashkenazi, in carrying out deep strategic and tactical changes,” Herman told Al-Monitor. “Assuming that the newly appointed chief of police sets out quickly to plan and implement change that will be felt in daily police operations on the ground, bringing in Gal Hirsch, who was a senior military commander, could make some of the IDF’s glory rub off on the police.”

The way things look now, something has gone wrong. Erdan’s thinking was right. He looked for a suitable candidate in the right place. But it is far from certain that Hirsch, who comes to the police as a lame duck, is the right man for such a big and important job. On Sept. 1, the Turkel Commission on Appointments of Senior Civil Service Officials will debate Hirsch's appointment on its road to final approval. Erdan had better hope that someone there pulls the irons out of the fire for him. ​