Head of new Reformist group in Iran resigns from party

Sadegh Kharazi, who started the Reformist group Neda, resigned from the group. 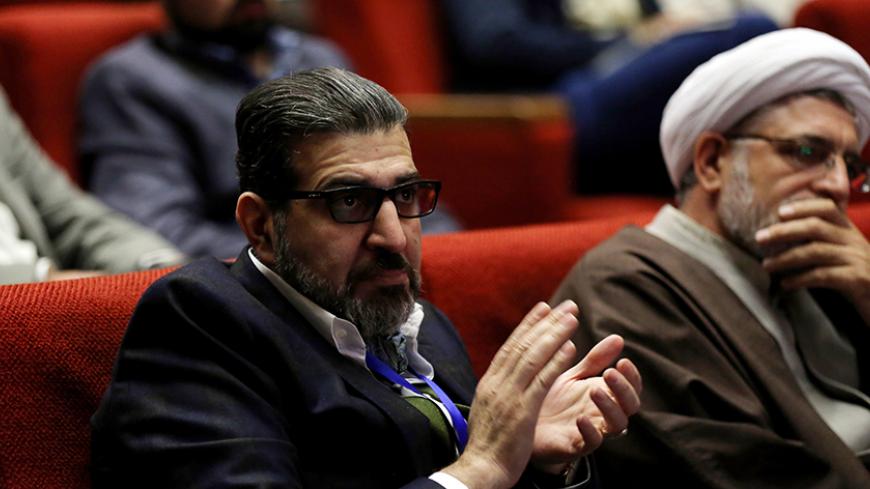 Seyed Mohammad Sadegh Kharazi, the seasoned Iranian diplomat who started his own Reformist bloc ahead of the 2016 parliamentary elections, has suddenly and dramatically resigned from the party. The resignation comes shortly after Kharazi gave a controversial interview in which he threatened to name Reformist figures under the Mohammad Khatami administration who had a relationship with US officials in New York. That interview, while welcomed by hard-line media, caused an uproar among Reformist circles.

In his resignation letter, Kharazi addressed the members of the Neda Party, and said, “Unfortunately what has happened in the last days was cowardly attacks by friends and opponents who trampled ethics, which is one of the most important pacts of social life, and with accusations and defamation and lies, from clear statements, created [something] unknown.” He added, “All the pressure on Neda, from the first day until now, is a sign of the correct path you all have chosen.” Neda stands for the Persian acronym for Nasl-e Dovome Eslahat, the Second Generation of Reforms.

Kharazi wrote that he would “resign from the presidency of the central committee of Neda Party” and referred to himself as “a small member of a large family.”

He reiterated that his group was a Reformist group and that the other members, especially young people, would continue to carry out the work they had started.

Kharazi’s resignation was the top news on a number of websites. A spokesman for Neda said that the central committee would make a decision to either accept or reject his resignation.

Whether Kharazi’s resignation was a tactical ploy to garner sympathy or at the least to pause the attacks against him, the story of Neda has been marred with controversy from the beginning. Neda was started in 2014 with the goal of correcting some of the mistakes the earlier Reformists made in pushing too hard for reforms and distancing themselves from the supreme leader.

The announcement of the group's formation received a lukewarm response from seasoned Reformist figures. Some felt another Reformist faction was redundant, while unconfirmed rumors swirled that conservatives had created the group to divide the Reformist vote. Kharazi is not known to be part of the inner circle of influential Reformists, and his public positions and even selfies with the heads of the Quds Force, Qasem Soleimani, did not lead many to consider him to hold core Reformist beliefs.

While Reformists are facing a dilemma with Kharazi and Neda, they have been emboldened by comments made my Interior Minister Abdolreza Rahmani Fazli. In an interview with Khabar online, Fazli said, “If someone is aimlessly or unrightfully disqualified, know that the Interior Ministry will support their rights and I will personally pursue the matter.” Last week, President Hassan Rouhani and the head of the Islamic Revolutionary Guard, Mohammad Ali Jafari, publicly clashed over the role of the Guardian Council in qualifying candidates to run in the elections.

The Reformist Etemaad Daily wrote, “The heartwarming [statements] by the interior minister, more than anything else, shows that these elections will be different from other elections and maybe the consultations between the interior minister and the Guardian Council over the likely 4,000 candidates for parliament will be greater than any other rounds of elections and a parliament with a diversity of views can be formed.”