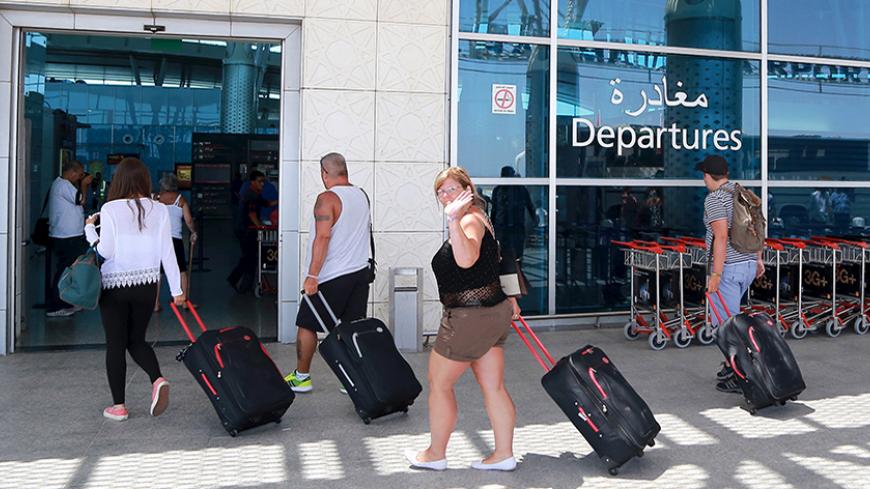 The US Senate is standing in the way of a substantial aid boost to the Arab Spring’s only potential success story.

The State Department and key House panels have agreed to almost double economic and military assistance to Tunisia following last year’s elections and the looming terrorist threats. Senate appropriators aren’t convinced, however, and approved a foreign aid bill last week that’s about $50 million below the $134 million requested by the Barack Obama administration.

“We just finished a hearing today where we heard just how important our support is at what is a potential turning point in the future development of the country,” the panel’s top Democrat, Rep. Ted Deutch, D-Fla., told Al-Monitor after the July 14 hearing. “I think that approach is the right one, and I hope the Senate will as well.”

The State Department request — and the proposed House foreign aid bill — would notably boost support for economic and democratic governance to $55 million for the fiscal year starting Oct. 1, up from $30 million in FY 2015. Military assistance would more than double from last year’s request, to $62.5 million.

“The Committee notes the positive steps made by Tunisia along its democratic transition, but also notes with concern the terrorist threats Tunisia faces,” House appropriators wrote in the report accompanying their foreign aid bill. “Therefore, the Committee recommendation includes $134,400,000 for Tunisia, which is the same as the request, to support its democratic transition, stabilize the economy, address instability and bolster security.”

The Senate appropriations bill, by contrast, would boost economic and governance support to $45 million, still $10 million shy of the State Department’s request. It would keep military aid relatively flat, at $30 million, despite the recent attacks on the National Bardo Museum in Tunis, on tourists in Sousse and at the porous border with Islamist-infested Libya.

Senate committee staff did not respond to a request for comment, but another congressional aide told Al-Monitor that the State Department raised eyebrows on Capitol Hill when it asked to double aid to Tunisia without providing much justification. The Senate report suggests as much, inviting the State Department to transfer unused funds from previous years — including unobligated funds from suspended programs in Yemen — to Tunisia “following consultation with the Committee.”

Much of the attention focuses on aid to help the tiny Mediterranean country reform its economy after years of kleptocratic rule by ousted President Zine El Abidine Ben Ali. The State Department request includes $20 million for the Tunisian-American Enterprise Fund, a $60 million investment fund that has already invested at least $2.4 million in a private equity fund that invests in and finances Tunisian small- and medium-sized enterprises.

“The Committee notes that economic growth in Tunisia could be furthered through policies that reduce barriers to investment and growth,” House appropriators noted in their report. “The Committee recommends that technical assistance be prioritized in order to support Tunisia’s institutional capacity to ensure that its reform agenda is successfully implemented. The Committee directs that funds also be made available to support young entrepreneurs.”

Panelists at the July 14 hearing also urged greater investment in efforts to help Tunisia’s democratic transition. They noted that a paltry 16% of the State Department’s FY 2016 request — about $21 million — is set aside for democracy and governance programs, according to an analysis by the Project on Middle East Democracy.

“Building a democratic culture does not start, nor end, with an election cycle,” panel witnesses from the International Republican Institute, the National Democratic Institute and the International Foundation for Electoral Systems wrote in an op-ed for The Hill just before the July 14 hearing, which was attended by the country’s new ambassador to Washington, Faysal Gouia. “Renewed support to strengthen democratic behavior within Tunisia's major political parties and to begin equipping electoral institutions and political stakeholders with know-how for local elections should occur without further delay.”