Syrian refugees in Armenia 'stumble from one crisis to another'

Syrians of Armenian origin who fled Aleppo are finding it difficult to cope with their new situation in Armenia. 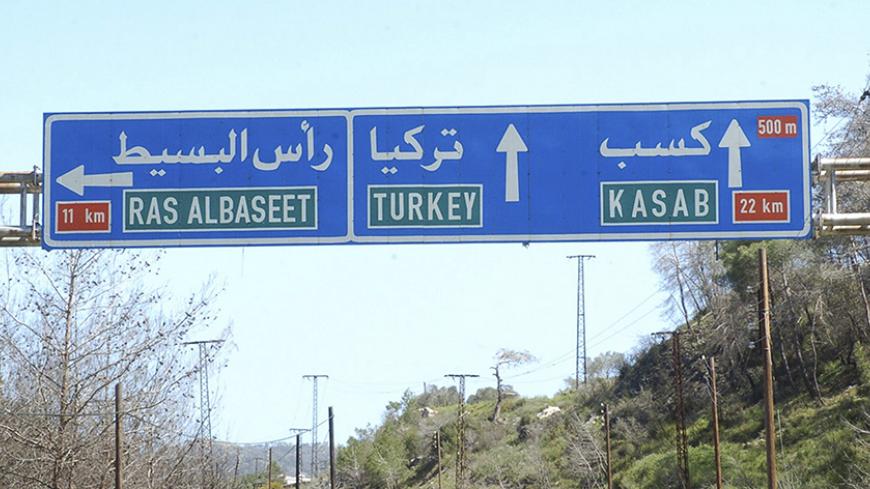 A road sign shows the direction to the Armenian Christian town of Kassab in Syria's Latakia region on the Mediterranean coast, March 31, 2014. - REUTERS 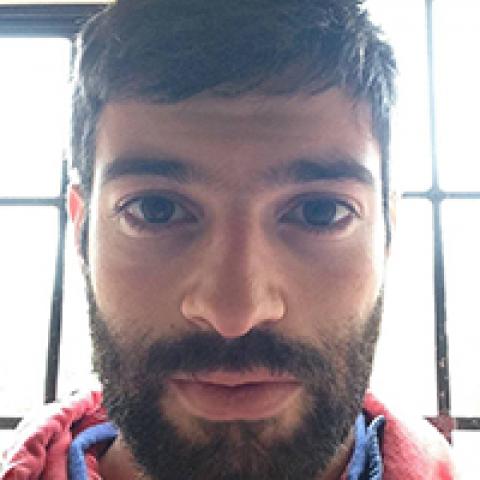 YEREVAN, Armenia — Were it not for the snow-capped summit of Mount Ararat shimmering in the distance, or the closer rumble of spluttering Lada cars, casual visitors to the downtown Lahmajun restaurant might be forgiven for thinking they’d strayed into Aleppo’s teeming old city.

Flour-covered bakers busily prep dough with minced meat toppings while peppering their speech with Arabic swear words. They greet regular diners with effusive Middle Eastern courtesy and break stride only to catch flashes of news from their TV.

Ever since he fled Syria’s commercial capital in mid-2012, when the country’s civil war took a serious turn for the worse, Gaidzas Jabakjunian has done his utmost to recreate the eatery he once operated in the heart of his beloved hometown.

“It reminds us of Aleppo,” he said, casting a quick, wistful glance at a photo of the city’s now mostly destroyed citadel. “It was the good life there, and we want things to be good here too.” In his absence, the city and its ancient monuments have crumbled amid government barrel bombs and rebel shelling.

But like many of the other 16,000 or so Syrians of Armenian origin who have descended on this small, landlocked state perched high in the Caucasus mountains, he’s found an imperfect sanctuary.

Armenia is currently mired in a grim economic situation of its own that has sent hundreds of thousands of its citizens abroad in pursuit of work — meaning some remaining locals haven’t always welcomed the increased competition for jobs. With unresolved disputes on its borders with neighboring Turkey, and Azerbaijan draining the budget and stymieing trade, the government has found itself ill-equipped to deal with the needs of its 3 million citizens, let alone a smattering of destitute refugees.

Nowhere are these difficulties better illustrated than at Yerevan’s “Aleppo market,” where Syrian shopkeepers scrape to make a living in an unassuming pedestrian underpass with low foot traffic near the capital’s central Republic Square.

Many of those working the dozen businesses here are struggling to wrap their heads around confusing new tax obligations — a far cry from Aleppo’s more informal merchant code — while also having to deal with unexpectedly serious communication problems.

“They start mixing Russian into the conversation without even thinking,” spice shop owner Bedros Kirazian told Al-Monitor, voicing a common Syrian-Armenian gripe. “We speak Western Armenian and they speak Eastern Armenian, so we knew there would be a few complications, but not like this.”

He and his family first operated a stand at a flea market for seven months after arriving in mid-2012, but after striking deals with suppliers in Dubai and Turkey, they too have rebuilt in miniature the business they once owned in Aleppo’s famous bazaar.

More hurtful still, Syrians say, is the occasional hostility of some passersby who suspect that the authorities have subsidized the new arrivals’ businesses, at the same time as they’ve cut most government services to the bone.

“They ask: Why are you here? Why did you come? There’s nothing for us here, either,” said Narcis Aryan, who runs an electrical goods stall just beyond the spice shop, as he wrestled with the Russian-language payment system through which all transactions must be processed. “I tell them I came here because I had nowhere else to go. I say we’ve been given nothing.”

Government officials, increasingly sensitive to criticism of their response, insist that the plight of even the most impoverished refugees in Armenia pales in comparison to most of the other 4 million externally displaced Syrians, many of whom struggle on in the camps and tumbledown urban areas of Turkey, Lebanon and Jordan.

“Of course there are people who are not content with the help they’re getting, but in other places they’re living in tents. How can these conditions be compared to those?” said Firdas Zakarayan, chief of staff at the Ministry of Diaspora, which is responsible for Armenia’s relations with its roughly 7 million-strong community abroad. “Besides, they left their houses, their parents, their good jobs. How can they be happy here in any circumstances?”

He said the government has done what it can in waiving visa fees for Syrian-Armenians, making the path to citizenship less onerous and allowing new arrivals to drive with their old licenses in cars they may bring into the country without paying a tax.

But it’s all too little, too token, some Syrian-Armenians insist. As descendants of survivors of the Armenian genocide who endured death marches from modern-day Turkey into Syria, they expected more from their kinsmen. With much of their extended families already in North America and Europe, many have applied for Armenian passports — which give them greater freedom to travel than their Syrian documents — and are intent on making new lives in the West.

“If someone will take us, we’ll go. It’s so beautiful and nice here, but it’s expensive and we can’t live,” said Lena, who, like a number of other Syrians, asked that her family name be withheld for fear of problems with the regime were they to return. She and her children arrived in Yerevan in early 2013 after their house was bombed, but after running through most of their savings and failing to land regular work, they now rely on the kindness of a landlady who has substantially discounted their rent.

This attitude has, nevertheless, riled up a few nongovernmental organization workers, who accuse some Syrian-Armenians of making little effort to adapt to their new circumstances.

“Armenia is not an easy country to live in, particularly if you are coming absolutely unprepared,” said Vartan Marashlyan, director of Repat Armenia, a private foundation that promotes diaspora immigration. “But for many, their heads are still in Aleppo, which means they’re not devoting all their energy to integrating.”

He cites as an example the failure of a series of subsidized Russian-language classes — often necessary in a country where most media still comes from Moscow — that collapsed due to low attendance.

For the most part, however, there’s a sense that Syrian-Armenians, like their displaced countrymen elsewhere in the region, have merely stumbled from one crisis to another through no fault of their own.

And it might get worse still. Armenia’s long dormant conflict with Azerbaijan has come to a boil once more this year, with over 20 soldiers killed since January on the line of contact. All this comes soon after Yerevan pushed to resettle several thousand of its people — most of them Syrians — in disputed border territories to shore up its control. In the event of an all-out war, inhabitants of these areas might well find themselves bearing the brunt of yet another conflict.

Kirazian, the spice shop owner, can only shake his head in wonder.

“The genocide, what’s happening in Syria and now this? It’s like we have a bad destiny,” he said.