Beyond diplomatic niceties, real challenges and opportunities await Moscow, as the Iran deal is not the culmination but rather the beginning of some serious and complicated work. 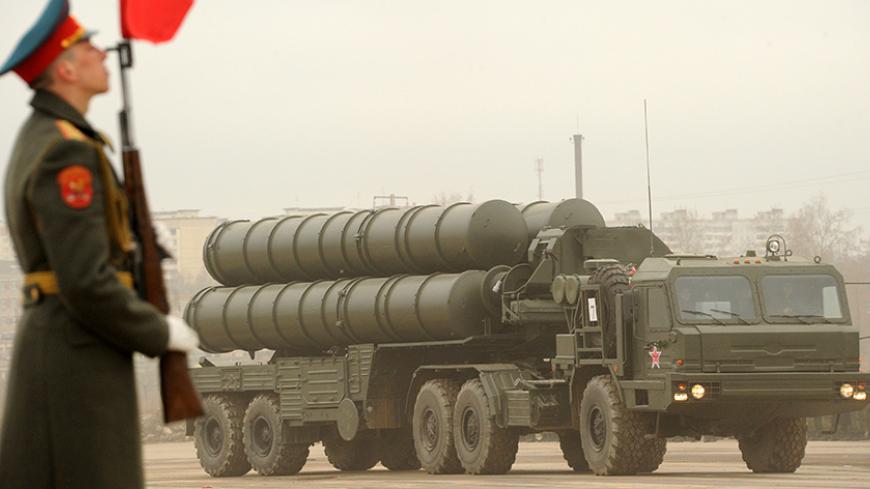 A Russian surface-to-air missile system S-300 PMU2 Favorit drives by during a rehearsal of the Victory Day Parade in Alabino, outside Moscow, April 18, 2012. - Getty Images/Kirill Kudryavtsev

In a press statement after the negotiations in Vienna, Russian Foreign Minister Sergey Lavrov chose his words carefully: “I’d be remiss not to mention the broader context of what happened. The solutions will, first, play an important role in strengthening the nonproliferation regime. Second, they will, of course, have a healing effect on the overall situation in the Middle East, North Africa and the Persian Gulf. Third, once this agreement is implemented, it will be possible to tackle other issues in that region.” Clearly, the message was meant to emphasize key takeaways from the deal with Iran. However, real challenges and opportunities for the Russian state stretch far beyond those sugarcoated in diplomatic courtesy. Moreover, the deal is not the culmination but rather the beginning of some serious, complicated multi-level work for Moscow in its relationship with Tehran.

In what seemed for years to be a nuclear deadlock, Moscow was believed to be less disturbed than most about the prospects of Iran getting the bomb. Some even opined that it could “live with it.” Indeed, Russia never emphasized the danger as a direct threat, as Washington saw it. Nevertheless, the Russian attitude to this issue was partly dictated by security concerns of another nature: Moscow feared the “export of insecurity” to its own boundaries, should another big war in the region have ignited — partly because the Kremlin probably overestimated its own relationship with the Islamic Republic. In any case, if the deal holds firm, the idea of a non-nuclear Iran is indeed a decent diplomatic achievement for all involved, including Russia.

It is more nuanced on a bilateral level, and the buzz is about arms sales. Russia and Iran are most likely to come up with a new contract that would have Moscow supply Tehran with its S-300 surface-to-air missile systems. Lifting of the sanctions may — and probably will — revise the provisions of the previous deal signed in 2007, under which Russia was to sell six S-300 batteries for a total of $800 million. Lifting the arms embargo was one of Moscow’s top demands for its Western counterparts during the Vienna negotiations, and Russian arms manufacturers and exporters are among the winners of the deal.

Moscow has already clinched several deals with Tehran in commerce and trade. The two sides already have preliminary agreements for a number of joint industrial projects as well others in the aviation, ship construction and car industry that couldn’t be implemented because of the sanctions. The enthusiasm with which Russian entrepreneurs cajole their Iranian colleagues indicates that Russians foresee the likely return of international businesses to the Iranian market. Some tough competition is expected on the part of Europeans (such as French Peugeot) as well as Turkish and UAE-based companies and financial institutions.

On the downside, the lifeblood of the Russian economy — the gas and oil industries — will likely weaken. Currently the issue may be frustrating to the Russians in at least three ways. First, Iran’s full-fledged return to the market will increase supplies and degrade prices, hurting the already limping Russian economy. The morning after the deal was announced, oil prices collapsed to less than $57 per barrel, taking the Russian ruble down with them. Although not an immediate shock to Russian traders, it was an omen of the precarious future of the Russian economy. If Iran is serious about its intent to double its oil exports within six months after the lifting of the sanctions — and it is — the turbulence in prices and currency may become a permanent problem for the Russian economy.

Second, some buyers in the oil market may now seriously consider diversifying their suppliers. Russian energy companies may experience even bigger competition from their Iranian counterparts. Energy experts believe it will be Russia’s top brand Urals oil to take the first hit from Iranian competitors. The brand is similar in its characteristics to Iranian oil and was used in Europe prior to the sanctions.

Finally, Iran may represent a challenge to the Russian supply. Certainly, there are many security risks and logistical nuances, but once most of the ifs and woulds are resolved, the long debated “Iranian oil route” to Europe may become Russia’s not only market but also geopolitical rival, especially now that the Europeans are considering alternative energy sources. All three groups of potential challenges in this area are well understood, heavily discussed and critically accepted in the Russian energy industry and expert community.

On the international level, assessments are more diverse. While some Russian analysts are positive the deal is a “loss because it inclines Iran more toward the West,” others believe it is a mutual victory for Washington and Moscow alike. In truth, there are many skeptics that the deal will mean an immediate rapprochement between the United States and the Islamic Republic, simply because there are too many obstacles and variables for the Obama administration domestically to take it further than a “legacy milestone.”

However, what could sound like bad news for Moscow is that its status of an informal intermediary between the United States and Iran is no longer needed. Now that the issue is on a settlement path, Russia’s role as wielder of important leverage over Tehran seriously diminishes. But ironically, it gives more leverage to the Kremlin elsewhere. At the press conference, Lavrov reminded listeners of President Barack Obama’s remarks in 2009: “If the Iranian threat is eliminated, we will have a stronger basis for security. And the driving force for missile defense construction in Europe will be removed."

"Today," said Lavrov, "we drew the attention of our American colleagues to this. We’ll see what they have to say.” In other words, Moscow regards the deal on Iran not only as a bargaining chip but as a key component for strengthening its security standing in Europe.

As for Iran itself, the deal reinforced the state's role in the region. Tehran’s influence is likely to continue to grow. Even with severe constraints, Tehran was relatively successful in implementing its policies in the region. Now that its wings are no longer clipped, it possesses more resources to leverage its opponents among the Gulf states and Israel if necessary. Likewise, for years Russia has reaped the benefits of Iran’s “limited presence.” Now it has no such advantages. It still enjoys working relations with the Islamic Republic, buoyed by the warm personal chemistry of its leaders. But while the deal carries its own significant opportunities, it's a rather mixed bag for Russia. As Iran will most likely attempt to restore its presence in some of the niches Russians have filled over the years, Moscow will have to craft a coherent strategy not to let the competition acquire an adversarial tint.