The ultra-Orthodox, often hesitant to approach the police out of fear of their name being tarnished, are being fleeced by their own community members. 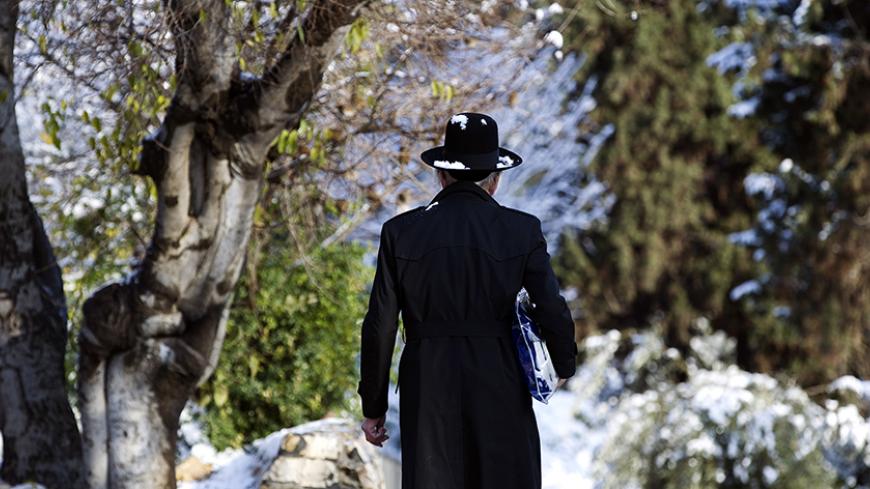 In the past few years, check-cashing scams and other ruses have become a real plague on the community. Every few months, the ultra-Orthodox press reports on some ultra-Orthodox con man or another who allegedly bilked yeshiva students out of tens of millions of shekels and fled, leaving young couples and families with children penniless and burdened with debt. The scams themselves straddled the border between speculative and irresponsible investments and malicious con jobs devised to rob investors of their money.

About a year ago, Yisrael Wertheimer, a well-known money changer in the ultra-Orthodox community of Beitar Illit, allegedly amassed some 70 million shekels ($18 million) from yeshiva students and young families and fled the country with it. Another case that received considerable attention over the past few years took place in the United States, where an ultra-Orthodox developer and con artist named Eli Weinstein reportedly bilked ultra-Orthodox families in Israel and around the world out of $200 million. That was just one of dozens of cases of fraud, though most of the other cases are smaller, amounting to a few million shekels each.

This is more or less how it works: There’s a familiar phenomenon in Israel known as “end of the month plus,” which refers to delayed payments for goods and services that have already been provided. It can often take four months or more from the date the service was provided for payment to actually be made.

As a result, many businesses will accept post-dated checks as assurances before payment is due. They take the checks to specialized check-cashing businesses, which purchase the post-dated checks for cash and charge a steep commission. For this business model to be viable, these companies must purchase large numbers of checks, which means that they must have vast amounts of cash readily available. The check cashers obtain this cash from investors, who expect to receive a cut from the commissions.

S., who asked that his full name not be disclosed, owns a currency exchange and check-cashing business in Bnei Brak and is very familiar with the whole phenomenon. He tells Al-Monitor, “The system is really simple. Agents scattered throughout the communities establish contact with yeshiva students, particularly those who have no money and do not understand very much about finance. They ask them to sign a bank guarantee in exchange for a loan, using their apartments as collateral. The money then goes to the person responsible for purchasing the checks, without any guarantees on that money. That yeshiva student then gets a monthly return of 1-1.5% on his money, which is used to purchase checks at a rate of up to 5% per month. The rest of the commission goes to the person purchasing the post-dated check."

This economic chaos is an open invitation for fraudsters. In some cases, the check-cashers themselves turn a blind eye. People bring them checks with insufficient backing, and these businesses purchase them for cash. When the check bounces, the businesses want to cover their losses, but for that they need more money, which they raise from yeshiva students by promising them even higher returns. “Once they realize that they are in trouble no matter what happens, they withdraw large sums of money. This enables them to flee the country with enough funds to start a new life somewhere else,” S. explains.

“I lost 400,000 shekels [$105,700]. My life was ruined,” says Y. from Elad, also speaking on condition that his full name not be disclosed. This 31-year-old father of four lost his money to Domb. “I was getting nice returns for about a year, amounting to several thousand shekels per month, and I was sure that I had just made the deal of my life. Now I have nothing. I can’t forgive myself for being so stupid. No one warned me that this was a shady business.”

“Check-cashing is one of the shadiest businesses in the Israeli economy,” adds S. ''The way it is managed is a total free-for-all, without any guarantees on the money. The people who fall victim to it are poor yeshiva students.”

The ultra-Orthodox community seems especially susceptible to these cons. To understand why, it is first important to understand what motivates them to make these investments. In the secular world, people often invest their money to fulfill the dream of becoming rich one day. The ultra-Orthodox are different. The reason they invest is not necessarily to get rich. They invest to survive economically within their communities. The average ultra-Orthodox family has between six and seven children. They marry relatively young, between 18 and 22. Thus, the average ultra-Orthodox family has many children to marry off and also the burden of supporting young couples during their first years of marriage. All of this can be costly by any standard.

Ultra-Orthodox society lacks an economic model to resolve the problem of paying to marry off its children, so many of the ultra-Orthodox invest money that they don’t have, based on the hope that they will one day have it. In practice, this means they mortgage their homes and borrow from banks, community loan societies and friends. It is easy to convince them to make an investment that pays 12-18% per year without doing anything. The allure is almost irresistible. This naivete prompts them to loan money with no guarantees to people who are little more than casual acquaintances. The problem arises when a con artist from within the community takes advantage of this situation.

In most cases, the victims of these fraudsters will not go to the police or courts, believing that such publicity will tarnish their names within the community. Besides, they understand that they will probably not get their money back no matter what they do. In other cases, the perpetrators of these scams are well-known figures in the community, and the victims prefer to keep the authorities out of it. The ultra-Orthodox are often socially bound by a "conspiracy of silence." This term refers to traditional understanding within the community that external elements such as the police should not be involved in the internal affairs of the sector. The "conspiracy of silence" stops many victims from reporting fraud.

“We don’t have enough awareness about how to handle money,” says Y., summing up the situation. “I made a mistake that anyone could have made. I think that this whole phenomenon is a sign that we’ve grown from being a small community, where everyone relies on everyone else, into a huge group, where you can’t trust anyone. There’s no personal crisis worse than losing money that was supposed to be used to support your wife and children, especially when you lose that money because of your own stupidity.”