France’s foreign minister is finding out that a deal with Iran is not enough of a Band-Aid to repair the damage a previous scandal has done to his reputation in the country. 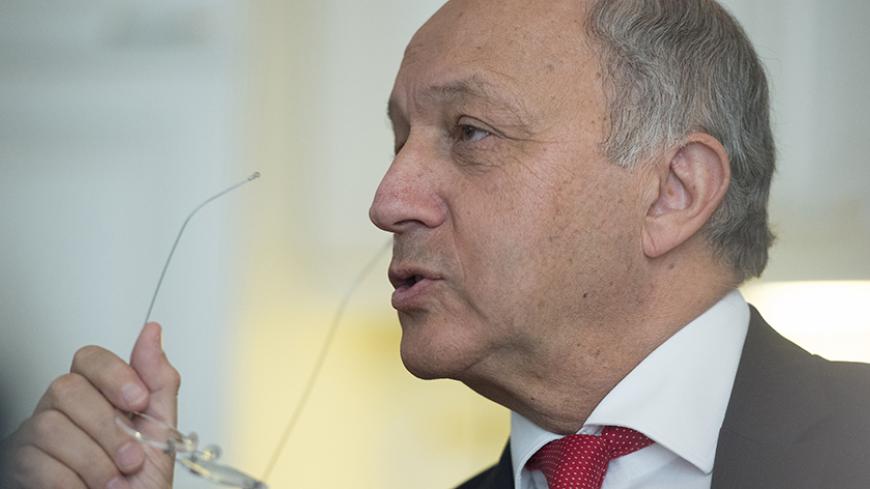 After a landmark nuclear deal between Iran and five permanent members of the UN Security Council plus Germany that would reduce Iran’s nuclear program for sanctions relief, trade between Iran and Europe is expected to resume. Germany's economy minister, Sigmar Gabriel, has already visited Tehran, and French Foreign Minister Laurent Fabius announced that he would visit next week. Despite Fabius saying that Iranian Foreign Minister Mohammad Javad Zarif invited him, some in Iran met the announcement of the trip by Fabius with harsh reactions.

“Next week, when Fabius travels to Tehran, it also happens to be Support of Hemophilia week, and this is in remembrance of losing our compatriots to the infected blood that was imported [to] our country. And the main cause of that was Fabius,” Iranian analyst Mojtaba Zolnour said to Fars News on July 23.

Zolnour’s reference is to an account in the 1980s that many Western media are unaware of. In 1999, former Prime Minister Fabius and an ex-minister were acquitted of manslaughter for delaying the testing of blood meant to treat patients of hemophilia. Health Minister Edmond Herve was convicted but was never sentenced. While a US company's blood screening was available at the time, the French government was accused of waiting for a French competitor to conduct the tests. The case arose when in 1991 French doctor and journalist Anne-Marie Casteret accused the three of knowingly distributing blood tainted with HIV in 1984 and 1985.

According to Iran’s Ministry of Health, approximately 300 Iranians were infected with the tainted blood. Despite the acquittal, which some of the 4,000 French victims were angered by, some Iranians have not forgotten the affair.

Zolnour added that the blood was shipped to Iran at a time when the French were supporting Saddam Hussein in the Iran-Iraq War. Zolnour, however, added that he is not opposed to the trip by Fabius, saying, “The officials must be aware that an enemy is entering the country and the interests, dignity and strength of the country must be protected and we must not get excited to see a Western official.”

Jahan News, addressing the alleged French hard line in the nuclear talks, wrote, “Laurent Fabius is a familiar name for Iranians. This familiarity is not just related to the negotiations of the last two years and his putting a stick in the wheel [of the negotiations] and service to Arabs and Zionists in these talks, but this familiarity goes to his time as prime minister.” Jahan News then recounted the role of Fabius in the blood scandal.

Jahan News wrote that the first record of any AIDS patient in Iran was after the polluted blood was given to Iran. The article also lamented that Fabius was making the trip despite his never having apologized for the scandal, noting that France has not offered Iran compensation. According to Fars News, Iran is the only country that has not received compensation from France. Ali Saberi, a lawyer for the victims, told Mehr News that the Iranian government never filed a complaint.