US suspends aid to Yemen for one year

USAID has put $12 million in development aid on ice while Congress punts on future funding. 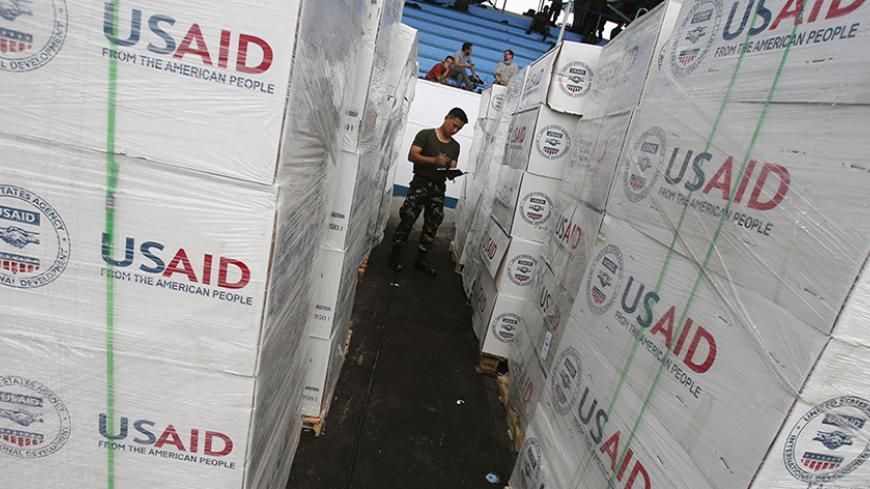 WASHINGTON — Congress and the Barack Obama administration are putting aid to Yemen in a deep freeze amid concerns that the crisis there will drag on for the foreseeable future.

The US Agency for International Development (USAID) informed its partners on the ground late last month that it was putting development aid on "full suspension" for a year, Al-Monitor has learned. Meanwhile, House appropriators took a pass on funding assistance to Yemen in their latest foreign aid spending bill.

The yearlong freeze affects about $12 million in development projects. It follows a 90-day suspension of nonhumanitarian assistance in March, around the time the last US officials departed the country.

"Given the current situation in Yemen, USAID is placing most development programs on a full suspension," spokesman Sam Ostrander told Al-Monitor. "The suspension will allow us to keep programs in place so that we can restart development activities quickly when the situation becomes more permissive."

The decision has dismayed some US-funded aid organizations. They say their assistance to the Arab world's poorest country is needed now more than ever as the Saudi-led bombing campaign against the Houthi rebellion approaches its fourth month.

"The fact that we don't have trusted partners on the ground to deliver [the aid] doesn't mean we just give up; we go find partners, we go find other ways," one official with an organization that has received US government money told Al-Monitor. "Too many people are in a dire situation, and we just pull out and say it's suspended? We've got to find a way."

The source said the aid suspension looks like evidence that the United States is kowtowing to Saudi pressure. Riyadh denounces the Houthis as Iranian agents and has been accused of blockading the country in an effort to force them out of power.

"It seems to me — and to many others who follow policy on Yemen — that we've ceded policy decision-making to the Saudis," the source said. "It seems the Saudis want to squeeze Yemen right now. And it's definitely making the US look very bad inside Yemen."

Congress is also struggling with the best way to help the country despite the current instability. The House Appropriations Committee passed a foreign aid spending bill last week that punts on funding for Yemen, possibly delaying a decision until the House bill is ready to be reconciled with a yet-to-be-released Senate version several months from now.

"The committee notes the ongoing unrest in Yemen," appropriators wrote in their nonbinding instructions to the State Department that accompany the bill. "Due to the uncertain security environment and lack of a US diplomatic presence inside the country to monitor assistance, there are significant challenges to providing economic, health, and security assistance. For this reason, the committee has deferred consideration of the funding requested for fiscal year 2016. The committee recommendation continues to support humanitarian assistance, as appropriate, but notes the difficult operating environment for implementers of such programs."

Lawmakers may be reluctant to authorize money to help a government that may include Houthi elements in the future. In the case of assistance to Lebanon and the Gaza Strip, Congress prohibits any aid from going to State Department-designated terrorism groups such as Hezbollah and Hamas, but restricting aid to an ethnic and religious group like the Houthis may prove complicated if not impossible.

The State Department has asked for more than $100 million for Yemen in its 2016 fiscal year budget request, including $70 million for Economic Support Fund monies — more than four times 2014 fiscal year levels — that would typically be split between the State Department and USAID. The request was sent to Congress in early February, before the Houthis attacked Aden and President Abed Rabbo Mansour Hadi fled to Saudi Arabia.

The current suspension doesn't impact humanitarian assistance, Ostrander pointed out, and can be lifted at any time. Over the last two years, he said, the United States has provided about $188 million to 18 humanitarian organizations in Yemen — including $158 million from USAID.

"We will continue to closely monitor events in the country and evaluate next steps to ensure that we are prepared when opportunities emerge," Ostrander said. "The United States government remains committed to supporting all Yemenis who strive for a peaceful, resilient and unified Yemen."