Palestinian residents in the town of Wadi Fukin close to Bethlehem invest in their land by cultivating it and raising livestock in a way to stop, or at least delay, Israeli expropriation plans. 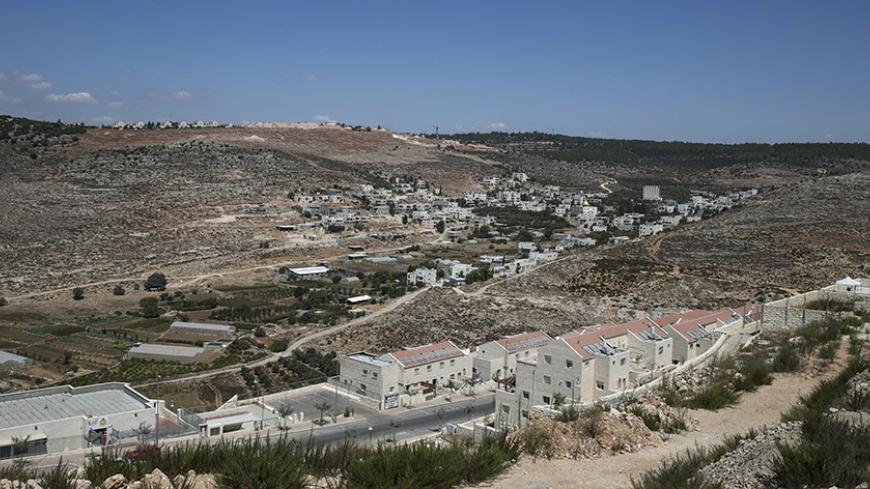 A view of Wadi Fukin as seen from the Jewish settlement of Beitar Illit (front), near the West Bank town of Bethlehem, Sept. 10, 2014. - REUTERS/Baz Ratner

RAMALLAH, West Bank — Hassan Manasara, 86, and his wife, Jamila, 82, live a primitive life in a 100-year-old cave located on family-owned land on the southern side of the village of Wadi Fukin near Bethlehem, facing the Israeli Jewish settlement of Beitar Illit.

Manasara has a big house in the center of Fukin, but he left it to live in an isolated cave with his wife about 2.5 kilometers (1.5 miles) away from their home. They did this to safeguard their land, which is threatened by expropriation by Israel. The patch of land where the cave is located is a home for old people who cultivate the land and own livestock — which has been deterring Israeli bulldozers from carrying out works in the area, especially as many neighboring areas have been bulldozed by Israel.

“Two years ago, we received a warning from the Israeli authorities that this land will be expropriated for the construction of a wall and the expansion of the settlement on its side. Since that day we have been living here,” Jamila Manasara said.

The octogenarian couple, their sons and grandsons tried to build another small house on the land they own, but the Israeli Civil Administration refused their request and threatened to demolish whatever they build. The solution, therefore, was to live in the cave.

The couple cultivate the land and grow the food they need. Their children and grandchildren — who live in the populated part of Wadi Fukin and have jobs in agriculture and government — bring them their daily needs. They spend hours with them and then return to their homes. The old man and his wife remain in their cave, taking care of their cattle and cultivating the land.

Jamila Manasara, who knows the land well and who has been cultivating it for more than 65 years, said living there will prevent the Israeli bulldozers from coming close. “This land [has] the air we breathe and we will safeguard it until we die in it,” she told Al-Monitor

Her words do not seem to be mere slogans. Indeed, she already asked her children and her husband to bury her in the cave when she dies and thus prevent its expropriation.

“Hassan and Jamila are only one couple among the other residents of Wadi Fukin, all fighting, since 1948, a war to stay on their land and preserve what is left of it,” Wadi Fukin village Council member Ahmed Sukar told Al-Monitor,

The village, inhabited by more than 1,300 Palestinians, was abandoned in the past when the Israeli forces evicted the townspeople in 1948. Until 1954, these inhabitants lived in the Dheisheh refugee camp nearby, and for more than 16 years they kept taking care of their land and homes to be able to come back to them. Since then, their battle against land expropriation began and continues.

Sukar spoke about the effects of settlement expansion on his village, which is now isolated from its Palestinian surroundings. “The village now has only one entrance from the northern side, which is also threatened with closure in the case the settlement schemes are carried out," he said. "This is in addition to the damage to the livestock in the village as a result of the expropriation of grazing land and the reduction of cultivated areas after the inhabitants were banned from accessing their lands for cultivation.”

A number of villagers told Al-Monitor that their only solution was to stay on their land and take legal action to the Israeli Supreme Court to annul the expropriation warnings they received in September.

Mohammad Ibrahim was one of those residents. He said that more than 100 dunams (0.03 square miles) in four different locations of the village and owned by his father and three brothers are threatened with expropriation. Just like the rest of the residents he filed an action before the Israeli Supreme Court.

“The action has been raised before the Israeli judiciary since 2004 with no significant progress," he said. "By virtue of the last land expropriation decision issued in August 2014, 50 dunams [0.019 square miles] out of the family lands were expropriated. In the hearing set for examining this issue, the expropriation decision was deemed irrevocable.”

Ibrahim added, “We know that the legal path will not be useful and we do not trust the judiciary, since the opponent and the judge are the same.” He told Al-Monitor, “My family believes that staying on the land and resisting these decisions in a practical manner is the solution; which is what we are doing now.”

According to what he said, he and his family planted trees on the lands threatened with expropriation and the family members are constantly present on the land to safeguard it. Ibrahim stated, “Even if the Israeli authorities uproot these trees, the family will replant [new ones] the following day. This is the only way to preserve our land.”

Ibrahim recalls the experience of his family in 1984, when a decision was issued to expropriate a five-dunam piece of land. The settlers back then, with the protection of the border guards, cut down all trees, according to Ibrahim. The family re-cultivated the land and planted almond and olive trees after four days. Today, they sell the fruits they harvest and this land is their source of living. 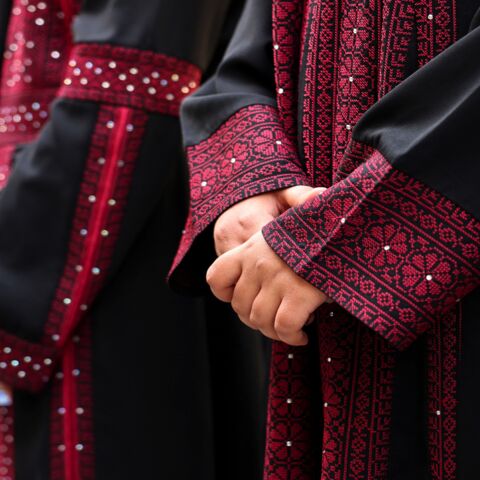