The absence of a Palestinian Legislative Council has had detrimental effects on legislative practices in Gaza, making Palestine’s move toward totalitarianism more conceivable. 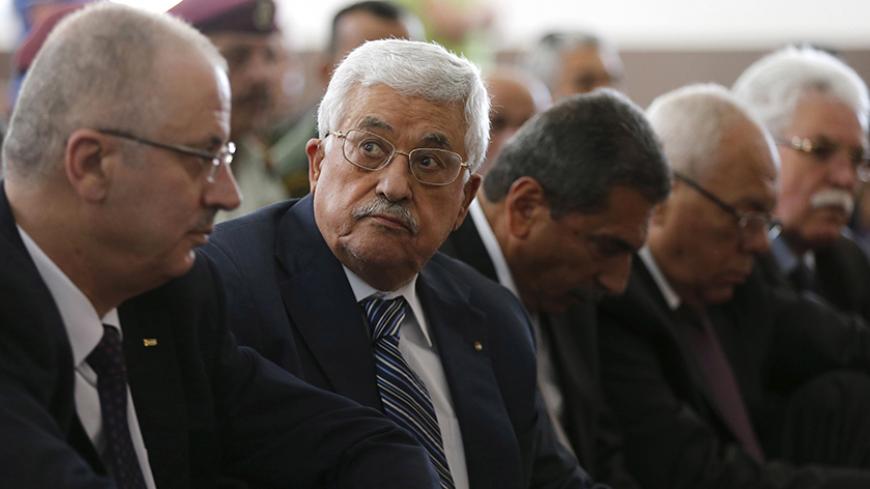 RAMALLAH, West Bank — Armed clashes erupted between Fatah and Hamas in the Gaza Strip on June 7, 2007, following Hamas’ win in the legislative elections. The clashes resulted in Hamas’ takeover of the Gaza Strip and President Mahmoud Abbas declaring a state of emergency. The legislative branch drew its last breath as the Palestinian Legislative Council slipped into a deathly coma from which it has yet to emerge.

Despite the fact that the reconciliation government was sworn in June 2, 2014, it has failed to set the stage for presidential and legislative elections, just as Fatah and Hamas have failed to implement the provisions of the reconciliatory Beach Refugee Camp Agreement signed by Fatah and Hamas on April 23, 2014, which called for the resumption of the Legislative Council’s work and the establishment of a consensus government.

The Legislative Council’s demise led to Abbas assuming both legislative and judicial powers in 2007, in addition to his executive branch authority in the West Bank, while Hamas took control of all powers in the Gaza Strip, leading to two separate and distinct legislative environments that threaten to plunge the political system into absolute totalitarianism.

The deputy chairman of the Legislative Council, Hassan Khreisheh, told Al-Monitor, “The legislative branch [in the Gaza Strip and the West Bank] endures only in name. The legitimacy of the Legislative Council and its members has been battered since its marginalization in 2007, with President Abbas assuming the council’s powers. As a result, ours [the Legislative Council] now is more akin to a totalitarian regime ruled by one individual. The prevailing sentiment is that President Abbas does not want to convene the legislature, because its absence facilitates his job. He now has assumed the powers of the Legislative Council, the presidency, the premiership and the head of security. Consequently, the principle of separation of powers has been undermined in his favor. The president is issuing decrees relating to financial and economic affairs that are relevant to a specific class of citizens, but he has failed to address essential issues, such as the penal or civil status laws.”

This article allows the president to issue decrees if certain constitutional conditions are met, such as the existence of “necessity,” the latter being a point of contention among legal experts.

A member of the Constitution Drafting Committee, Hanna Issa, told Al-Monitor, “Article 43 allows the president to issue decrees for a period of one month when a state of emergency arises, to which an additional one-month period may be added until the convening of the Legislative Council. But, as a result of the extraordinary situation engendered by the paralysis of the council and the current rift, the adoption of legislation has been exclusively entrusted to President Abbas, who now wields all the powers combined — for he is the one who appoints judges, issues laws and forms the Cabinet. This is illegal, but no other option is available as a result of the split, lack of national agreement and continued occupation.”

Former professor of constitutional law Ahmad al-Khalidi told Al-Monitor, “The legislative branch is now nonexistent. As a result, actual decisions are adopted and issued by the president in the West Bank and by Hamas in the Gaza Strip, where they are imbued with a modicum of legitimacy through the Legislative Council.”

Concerning the legality of said laws and decisions, Khalidi said, “Absolutely, this falls contrary to the law, as they are issued by an individual lacking constitutional capacity in that regard, despite all attempts to justify them by invoking the prevailing situation and necessity." He added, “These decisions will have current and future negative effects on the rights of citizens.”

Khalidi further explained that “the lack of legislative oversight by an authority representing the people is leading us closer toward a dictatorship and a totalitarian regime.”

Issam Abdeen, legal adviser to Al-Haq, a human rights organization, told Al-Monitor that the lack of an effective parliament has led to the disintegration of the political system and the absence of oversight over the executive branch. Abdeen said that talk of the principle of “separation of powers has become laughable, for there currently is but one authority that is adopting legislation, implementing said legislation and interfering in the judiciary. We are, therefore, quickly headed toward a totalitarian system of governance.”

Concerning the damages caused by this legislative reality, Abdeen said, “What is occurring will lead to the disintegration of the political system. It will also render more difficult the task of the next parliament, which must review all pieces of legislation as per the Basic Law. These decisions explicitly violate constitutional provisions.”

Yasser Alawneh, a legal researcher at the Independent Commission for Human Rights, Palestine, told Al-Monitor, “Palestinians and legal experts disagree as to the conformity of decrees issued by the president with Article 43 of the law, which specifies the existence of an urgent need to issue such decisions.”

Alawneh stressed that the Independent Commission did not encourage the issuance of decrees by the president, despite the need for such action in some instances. He pointed out that the Legislative Council in Gaza was exercising authority not afforded to it by law, which means that its actions and resolutions are illegal.

With the Legislative Council remaining nonoperational, and as oversight and accountability continue to be absent, two distinct and separate legislative environments are taking shape in Gaza and the West Bank. This portends the political system’s mutation into a totalitarian regime, further establishing a potentially irreversible state of division.