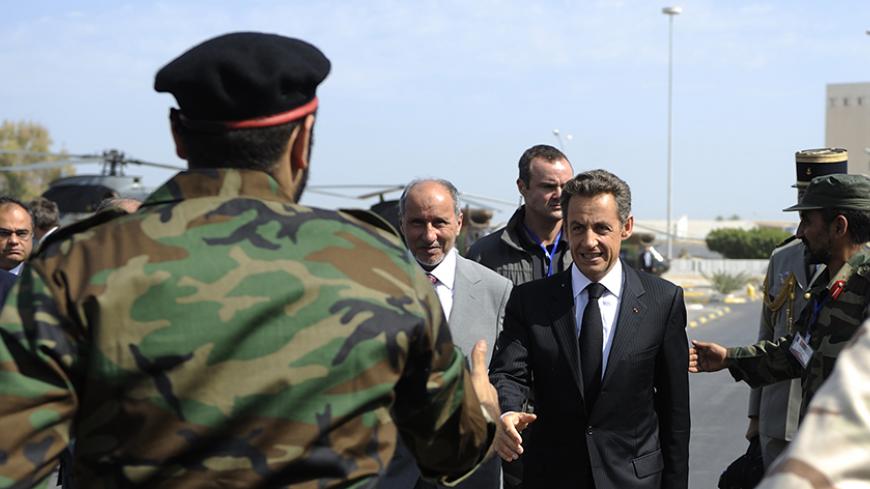 French spies secretly organized and funded the Libyan rebels who defeated Moammar Gadhafi, according to confidential emails to Hillary Clinton that were made public on June 22.

The memos from Clinton adviser Sidney Blumenthal contradict the popular French narrative about its intervention in Libya, raising fresh questions about a war that toppled a dictator but left chaos and radicalism in his stead. They were allegedly written by retired CIA operative Tyler Drumheller and released by a special congressional panel investigating the 2012 attack on the US mission in Benghazi.

The oft-repeated media tale in France holds that then-President Nicolas Sarkozy was outraged by Gadhafi’s crackdown on protesters in February 2011 but had no clear idea who to support. Enter a swash-buckling “intellectual,” Bernard-Henri Levy, who met with Transitional National Council leader Mustafa Abdul Jalil on March 4, immediately called Sarkozy, and had the French president invite Jalil to the Elysee Palace — and recognize the council as the country’s official government by March 10.

The emails to Clinton tell a distinctly less heroic story.

According to one entry from March 22, 2011, “officers” with the General Directorate for External Security — the French intelligence service — “began a series of secret meetings” with Jalil and Gen. Abdul Fatah Younis in Benghazi in late February and gave them “money and guidance” to set up the council, whose formation was announced Feb. 27. The officers, “speaking under orders from [Sarkozy] promised that as soon as the [council] was organized France would recognize [it] as the new government of Libya.”

“In return for their assistance,” the memo states, “the DGSE officers indicated that they expected the new government of Libya to favor French firms and national interests, particularly regarding the oil industry in Libya.”

The email goes on to state that Jalil and Younis “accepted this offer” and “have maintained contact with the DGSE officers in Cairo.” The memo is titled, “How the French created the National Libyan Council, ou l’argent parle.”

Another memo dated May 5 asserts that individuals close to the council stated “in strictest confidence” that as early as mid-April 2011 French humanitarian flights also included “executives from the French company TOTAL, the large construction from VINCI and the European Aeronautic Defence and Space Company N.V. (EADS).” Subsequent flights have allegedly carried representatives “from the conglomerate THALYS and other large French firms, all with close ties to [Sarkozy].”

“After meeting with the [council] these French business executives leave discreetly by road, via Tobruk to Egypt,” the memo states. “These convoys are organized and protected by para-military officers [from the DGSE].”

The memo adds that Levy himself came up with the idea and obtained the council’s signature on an agreement to give French firms “favorable consideration” in business matters. He is said to have used “his status as a journalist to provide cover for his activities.”

A later memo, from September 2011, asserts that Sarkozy urged the Libyans to reserve 35% of their oil industry for French firms — Total in particular — when he traveled to Tripoli that month. In the end, however, Italy’s Eni came out ahead with Russian and Chinese firms biding their time, even as the Libyan oil production plummeted because of the civil war.

The veracity of the memos’ content is difficult if not impossible to ascertain.

While Levy has long been a controversial figure in France, the council was riven by internal rivalries. Younis himself was assassinated in July 2011 — at Jalil’s urging according to an Aug. 8 memo to Clinton. And Drumheller himself has courted controversy for his role in the run-up to the 2003 Iraq war, with liberals celebrating him as a truth-teller and conservatives saying he helped concoct some of the false information he later debunked.

“Our press office has received your query and thanks you for your interest in Defense matters,” the agency told Al-Monitor in an emailed statement. “Surely you must realize the Department of Defense isn’t going to answer your question.”

The State Department also declined to comment on the contents of the Clinton emails, which were sent to a private email account that she maintained when she was secretary of state. Republicans have latched on to the controversial email use to undermine Clinton’s presidential run and accused the State Department of failing to turn them over to the special committee.

“These emails should have been part of the public record when Secretary Clinton left office and at a bare minimum included when the State Department released Clinton's self-selected records on Libya,” committee Chairman Trey Gowdy, R-S.C., said in a statement June 22. “For that reason, the committee has made the decision to release the latest set of Clinton's public records unearthed by the committee.”

French spymasters’ role in Libya has been alluded to before, most notably in the 2012 book “The Truth About our War in Libya” by French historian Jean-Christophe Notin. That book said Henry-Levy’s role in the French decision to go to war had been overblown.

“All has not been said about this war, because it has only had one narrator: Bernard-Henri Levy,” Notin told L’Express magazine. “Yes, he was one of the Libyans’ interlocutors. But his telling glosses over not only the coalition’s military exploits, but also the underground work of diplomatic and military officials on the ground, sometimes for quite some time, in Libya.”

Other memos released June 22 give credence to the notion that Sarkozy was determined from the start of the uprising to get rid of Gadhafi, despite earlier efforts to court him after he abandoned his weapons program and sought closer ties with the West. A March 20 memo, for instance, states that Sarkozy “plans to have France lead the attacks on [Gadhafi] over an extended period of time” and “sees this situation as an opportunity for France to reassert itself as a military power.”