State Department Counselor Tom Shannon, a former US ambassador to Brazil, is expected to be picked to succeed Wendy Sherman as under secretary of state, US officials tell Al-Monitor. 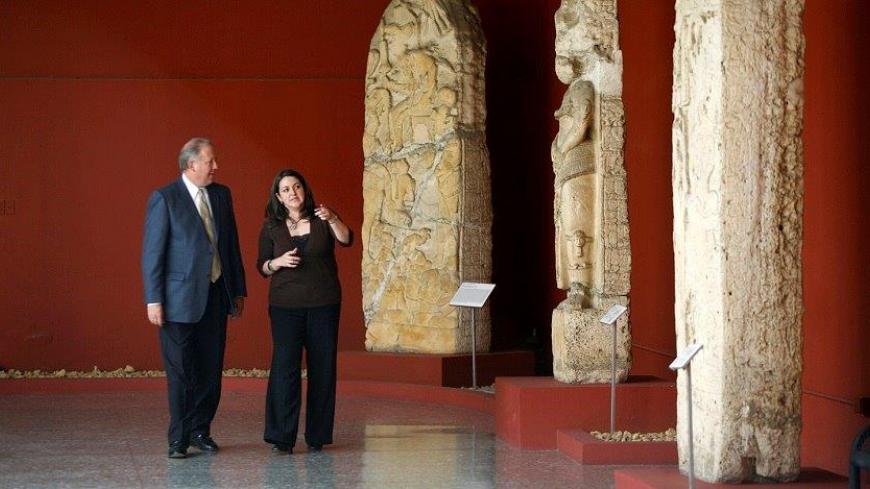 Thomas A. Shannon (L), then US assistant secretary of state for Western Hemisphere affairs, is pictured at the National Museum of Archaeology in Guatemala, July 17, 2007. - REUTERS/Daniel LeClair

State Department Counselor Thomas A. Shannon, a former US ambassador to Brazil, is expected to be tapped to succeed Wendy Sherman as Under Secretary of State for Political Affairs, two US officials told Al-Monitor May 28.

A veteran diplomat focused especially on Latin America, it is not clear if Shannon would take on the Iran nuclear negotiations portfolio that Sherman and her predecessor Bill Burns dealt with in the job, the #3 position at the State Department. It may depend on what stage the Iran deal, or negotiations, are in, one official said.

Negotiators from Iran and the five permanent members ​of the UN Security Council plus Germany (P5+1) are currently meeting in Vienna as they work to finish drafting the comprehensive Iran nuclear accord by the June 30 deadline. Diplomats said this week that progress in drafting the accord has been quite slow since the reaching of a framework deal in Lausanne April 2.

Sherman plans to step down after the June 30 Iran nuclear deal deadline, she told The New York Times May 27.

Sherman, who has served as the lead US Iran negotiator and Under Secretary of State for Political Affairs since 2012, plans to leave at the end of the July, US officials told Al-Monitor.

During her tenure, Sherman has helped negotiate the interim Iran nuclear deal, reached in November 2013, and the framework agreement for a final deal, reached in Lausanne Switzerland last month.

"Wendy has a special combination of diplomatic, political, managerial, and bureaucratic skills that have kept the negotiations on track and focused on U.S. objectives," Robert Einhorn, the former top non-proliferation advisor on Sherman's Iran negotiating team, told Al-Monitor by email May 28.*

"Whenever she leaves, it will be a big loss, but she will probably stay until the talks conclude — on June 30 or later, with an agreement or without one," Einhorn, now with the Brookings Institution, said. "And if an agreement is reached, she is likely to be around long enough afterwards to make the Administration's case for the deal."

Sherman is currently leading the US delegation to comprehensive deal negotiations underway in Vienna this week between Iran and the P5+1. The last two rounds of talks have apparently not gone very well and progress in drafting the final accord is slow, diplomats said.

Sherman will join Kerry when he travels to Geneva May 30-31 to hold bilateral talks with Iran Foreign Minister Mohammad Javad Zarif, the State Department said. US Energy Secretary Ernest Moniz will also attend the US Iran bilateral meetings in Geneva, at Kerry's request, the Energy Department said. Sherman will then rejoin the P5+1-Iran negotiations in Vienna.