For the first time in 20 years, an Israeli government will be sworn in without a mention or plan of resolving the Palestinian conflict. 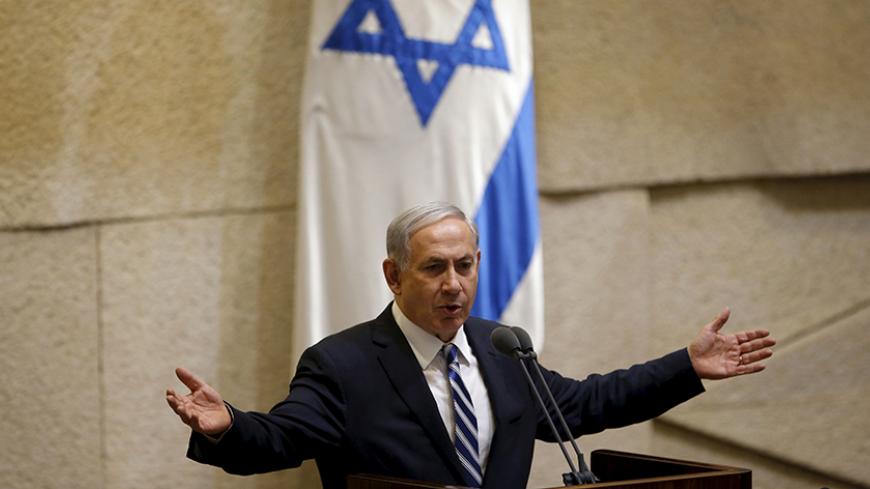 For the first time in 20 years, an Israeli government will be sworn in without a mention or plan of resolving the Palestinian conflict. This is actually a good thing, for it reveals the true nature and position of Israel. Israelis have in the past boasted that when it comes to Palestine, they negotiate the conflict among themselves.

Now there is no mention, no program and therefore no more pretense that Israel wants peace and the only thing holding back the winds of peace is the absence of a Palestinian partner.

Center-left government members have forever shielded their country from world opposition to Israel’s illegal occupation by giving off the appearance of a reasonable government that wants peace. After all, Israel is supposed to be the only democracy in the Middle East, and it is inconceivable to anyone around the world that a democratically elected government would endorse the most extreme human rights violations. A military occupation coupled with a colonial settlement program is unacceptable by any democratic system, thus leaving the world confused. Can democracy and occupation coexist? Can a country be truly democratic yet totally at peace with ruling another people by brute military force?

The answer of the March 17 elections and the formation of the government on May 6 has removed Israel's peace-loving mask. Israeli lust for Palestinian land and its justification of perpetual control and settlement-building based on millennium-old claims of divine promise is the main reason for this military occupation of nearly half a century.

If Israel is now exposed as a state that has no intention of ever withdrawing from occupied Palestinian territories, what options are available to wrest these lands away from it?

The only viable solution is to make this occupation very costly to the occupiers. As a country that is enjoying a healthy Western lifestyle and economy, it is a no-brainer that the most appropriate and civilized way of ending the occupation is through international sanctions, boycotts and divestment.

Israeli officials and the Israeli public are extremely aware of their own Achilles' heel. They have successfully depicted every opposition to their occupation as racist and anti-Semitic, as opposed to simply a position opposed to the illegal occupation. Israel has legislated against boycotts and is pushing its biggest ally, the United States, to pass anti-constitutional laws that ban boycotts of Israel. In their zeal to legislate efforts to ban boycotts, the pro-Israel lobby has convinced loyal US members of Congress to submit legislation that contradicts US foreign policy by erasing the Green Line between the occupied territories with the State of Israel. Legitimization of the occupation and Israel's annexing the West Bank is clearly part of the dreams of many right-wing Israelis and anti-peace Americans. But does this really solve the problem? Any attempts to annex the West Bank to Israel, whether de jure or de facto, is simply unmasking the existing apartheid situation that exists in the Palestinian territories. Israeli settlers, who number near half a million, have civil and national rights and also enjoy freedom of movement, subsidized housing and cheaper water costs than the 4 million Palestinians who live in the very same area. If this isn’t apartheid, I don’t know what is.

By moving the conflict away from a national one to a binational one, the Israelis and some of their international supporters are actually providing supporters of Palestine a strategic weapon. While no effective mechanism exists to legally support the sanctioning of an occupying power, the situation of apartheid is different. Thanks to the struggle of South African blacks against the apartheid regime, we are now blessed with an internationally sanctioned anti-apartheid regime. The issue is encouraging the peoples of the world to press their own governments to apply the same pressures that they did against Pretoria to end its apartheid regime.

The very fact of the formation of a new government in Israel void of anyone pretending to have a plan for the end of the conflict with Palestinians brings back the conflict to its natural base. This is a conflict about land in which a foreign military power is using its army to enforce a two-tier legal system, one for Jewish Israelis and one for Palestinian Arabs.

Now that the pretense of seeking peace is gone, the time is now ripe for a worldwide campaign to end this illegal situation using international pressures from both the peoples and governments of the world.