A prominent Iranian magazine dedicated to women's issues has been suspended over accusations that it promotes unmarried cohabitation. 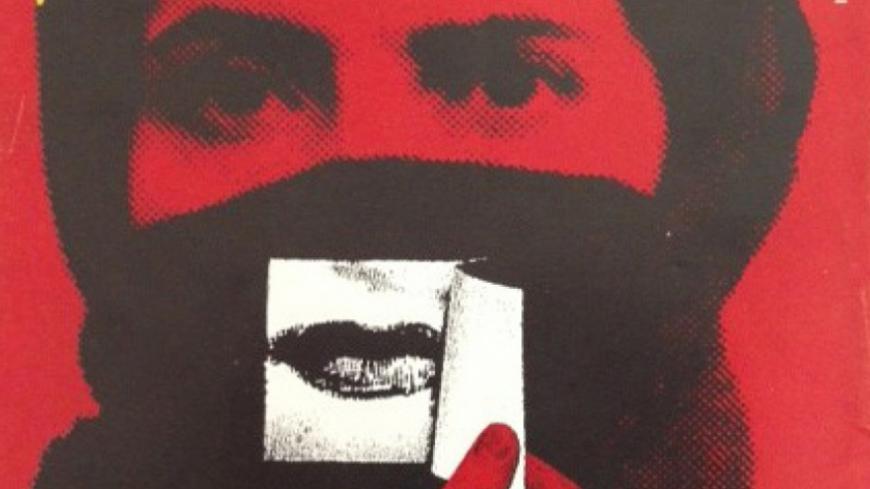 A cover of a popular issue of Zanan Magazine, which covers gender issues and women's rights, depicts a veiled woman uncovering her mouth. - Zanan-e Emrooz Magazine

When the Zanan-e Emrooz magazine started publishing again in June 2014, after eight years of suspension, women’s rights activists in Iran felt a spark of hope that there would be further opportunities to demand women's rights. However, the life of the magazine was short-lived. After less than a year and only publishing 11 issues, the Press Supervisory Council ordered its closure on April 27, 2015. The council's speaker said the suspension was due to Zanan-e Emrooz “encouraging the anti-social and religiously unsanctioned phenomenon known as white marriage.”

In Iran, "white marriage" is a reference to unmarried cohabitation. Zanan-e Emrooz​ —​ previously known as the Zanan Magazine before its suspension in 2006 — had published a special report on white marriage in Iran in its October 2014 issue.

Though this marked the magazine's second suspension, many journalists concerned with women’s issues consider the accusation of “encouraging white marriage” as a mere pretext. Jila Bani-Yaghoub, a well-known female journalist in Iran who has spent time in prison due to her activism, told Al-Monitor, “The suspension of Zanan cannot be due to a few reports about white marriages. All administrations have had great problems with the issue of women’s rights and this is apparently their red line. This was the same in the administration of [President] Mahmoud Ahmadinejad and it is also [the same with] Mr. [Hassan] Rouhani.”

Zanan Magazine published its first issue in February 1992 and was first suspended in 2006, during the second year of Ahmadinejad's term, due to the magazine's "endangering the moral security of society." In its first series, the magazine touched on many taboo issues in Iranian society: equal marriage rights for women, women's right to divorce, gender-based employment discrimination, women's political participation, violence against women, the role of women in cinema and literature, and unequal criminal sentencing for men and women.

Shahla Sherkat, Zanan's publisher and chief editor, told Al-Monitor that in the 1990s she published the magazine purely to inform women. “Additionally, the goal was to make women more sensitive about the issues regarding their gender and the problems it faces, and also bringing awareness to the administration, the decision-makers and those planning issues related to women,” she said.

Sherkat said that, throughout its lifetime, Zanan Magazine achieved two of its goals. “First, providing a context for the cooperation and exchange of ideas between Iranian women inside and outside the country. This was done with the goal of considering all ideas and opinions and avoiding actions that might somehow damage the main body of the women’s movement. Second, training a successful generation of female journalists who had a positive effect on the general atmosphere of journalism in Iran. Sadly, however, some of them had to leave Iran later.”

The magazine published a series of expert roundtables on “the most important issues for women in Iran.” In one such roundtable, published in April 1997, Farideh Farhi, now a professor at the University of Hawaii, said, “One of the problems we have had, particularly after the revolution, is that women’s issues have been politicized. As a result, whenever one wants to talk about the most meager things regarding women, one is accused of being an imperialist or someone bent on importing the ‘rotten culture of the West’ into Iran.” In 2014, Zanan similarly tried to highlight issues pertaining to women, albeit in a more social context and avoiding political debates.

"Zanan Magazine has been an important part of the soul of the women’s movement in Iran," said a political analyst in Tehran who wished to remain anonymous. "When the news of its republication spread, many considered it a new life coming to the body of the women’s movement. This has been the most important publication about women’s issue in Iran’s modern history.” The last issue of Zanan, before its suspension in April, included reports on the experience of being a mother, women's post-divorce custody rights and the lack of insurance for homemakers.

Mahmoubeh Hosseinzadeh acted as the editor of the magazine's “Documented Narratives” column. She told Al-Monitor about the magazine's goals during their recent 11 months of publication. “We analyze the issues and problems facing women, and in this way, help planners, the authorities and the decision-makers understand women’s demands and challenges. We also help the readers understand the legal limitations and political and social issues, so they can understand their rights better and recognize the problems and thus try better for a more improved and humane situation.”

President Rouhani’s minister of culture, Ali Jannati, often prefers to stay quiet in the face of the press crackdowns implemented by the judiciary and the Press Supervisory Council, and has rarely filed objections. In this case, Ministry of Culture spokesman Hossein Noushabadi even suggested his support for the magazine’s closure: “We will discipline any publication that might want to encourage antisocial or religiously offensive behaviors or ridicule the public morality.”

Despite all these restrictions, Sherkat said that she never expected the magazine to be suspended. “I act within the limits of law," she said. "Sadly though, the authorities sometimes act this way. I expect that before suspending a publication, they allow the publisher to explain his or her own point of view, as any defendant is allowed to do.”

No trial date has been set for the magazine. “I am trying to resolve the misunderstanding, but am ready to attend any trial set for Zanan-e Emrooz," Sherkat said. "I will defend the publication and make it clear that nothing against the law has been published.”

Sherkat is still optimistic about continuing her career in journalism. “I have never been discouraged … as I believe someone who has given up should just go buy a grave and lie down inside it. Otherwise, there is no other way and to remove these misunderstandings, we just have to work and work.”