Dr. Mehdi Khazali, an Iranian political dissident, says that health care reform is the one place that the Hassan Rouhani administration has made improvements. 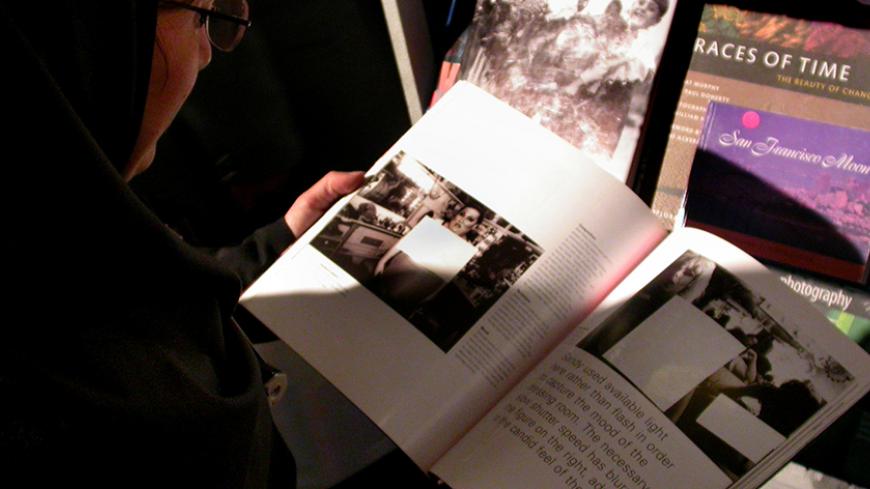 An young Iranian woman takes a look at a censored book at the 18th Tehran International Book Fair, May 6, 2005. - REUTERS/Morteza Nikoubazl

Dr. Mahdi Khazali is one of Iran's most vocal political dissidents. He is an ophthalmologist, political activist and the director of the Hayyan Cultural Institute and Publications. His father, Ayatollah Abolghasem Khazali, was one of the codifiers of the Islamic Republic’s constitution and is a member of the Assembly of Experts. Ayatollah Khazali was such a strong supporter of the conservative president of Iran, Mahmoud Ahmadinejad, that he claimed that Ahmadinejad was approved by Imam Mahdi, the 12th Shiite Imam, himself.

Mehdi Khazali, on the other hand, was one of Ahmadinejad's strongest critics. Over the past few years, he has been repeatedly arrested for insulting the officials of the Islamic Republic. He has gone on hunger strikes numerous times to protest the judiciary's handling of his case.

Last week, in an open letter to the president of Iran, Hassan Rouhani, he wrote, “If you cannot even take charge of the activities of the book fair, then resign.” Khazali’s criticism came after his Hayyan Publications was banned by intelligence organizations from participating in the Tehran Book Fair.

He spoke to Al-Monitor on the phone regarding the Rouhani administration, why he believes his books are still censored — despite only being medical books — and the state of the Health Ministry, which he sees improving.

Al-Monitor:  Mr. Khazali, when and why did the process of opposing Hayyan Publications start?

Khazali:  For the past six years, administration officials have prevented Hayyan Publications from participating in the Tehran Book Fair. After I criticized Ahmadinejad’s administration during the 2009 presidential election, the representative of the Ministry of Culture and Islamic Guidance threatened to prevent Hayyan Publications from taking part in the Tehran Book Fair. Back then, the officials of the Ministry of Culture and Islamic Guidance were worried about how I, as a political activist, might influence people. Since then, they have refused to grant publication permission to several books and they have refused to even allow me to take part in the provincial book fairs. They have completely blocked my economic activities. One of the officials even told me directly that if I keep silent they will collaborate with me and if not, they will put me under heavy economic pressure.

Al-Monitor:  As a critic of Rouhani’s administration and an ophthalmologist, how would you rate the performance of the Ministry of Health?

Khazali:  As you know, health conditions have been described as inadequate during the past few years. However, due to the efforts of Dr. [Hassan] Hashemi who is a resourceful minister, Rouhani’s administration has managed to take important steps in improving the health care system. At no time during the history of the Islamic Republic has there been this much effort to improve the health care system. The eleventh administration has paid much more attention to the health care system and has allocated a suitable budget for health care. Of course, we still have a long way to go until we reach international standards, but we can say that important reforms have taken place.

Al-Monitor:  Do you think that by increasing the health care budget Rouhani’s administration is aiming to implement the Health Evolution Plan, which is the most extensive plan in the field of health care?

Khazali:  Yes, just as you mentioned. With this new plan, all citizens will be covered by a general insurance, and the insurance will cover 90% of hospitalization costs in public hospitals. Prior to this, patients had to pay for medicine and surgery equipment. With this new plan, however, insurance will pay for the necessary medicine and surgery equipment. I think that the package suggested by the Ministry of Health is a suitable package and I hope that this plan, the only relative success of the eleventh administration, continues.

Al-Monitor:  Following the nuclear agreement in Lausanne and the removal of sanctions, what future do you foresee for the economy and Iranian society?

Khazali:  This is certainly a big step. The important issue, however, is that if we can regain the international trust that we have lost in the past, then we can have constructive collaborations with the rest of the world and people’s lives will improve. If we continue with the nuclear negotiations, we can achieve good results. It is incorrect to think that this administration is responsible for these achievements. Even before Rouhani took office, the representatives of the supreme leader were part of the nuclear negotiations that took place in Oman. Oman had agreed to host these negotiations.

If you remember, near the end of the [Iran-Iraq] war the commanders were reporting that they do not even have enough boots for the soldiers. Mohsen Rezaei had mentioned in one of his letters that if the economic situation [continued], they [would] not be able to continue fighting. At the time, huge embezzlements had destroyed the financial resources of the country and the situation could not continue. This is why Ayatollah [Ruhollah] Khomeini agreed to the cease-fire. Similarly, near the end of Ahmadinejad’s presidency, sanctions and financial corruption had handicapped the country. Therefore, the government had no option but to negotiate. The administration, which called itself the “Islamic government” or “justice-based,” has made a mockery of these terms. Ahmadinejad’s administration, which was economically very chaotic, should instead be called the “embezzlement” administration. People are still paying the price for the actions of the ninth and 10th administrations. 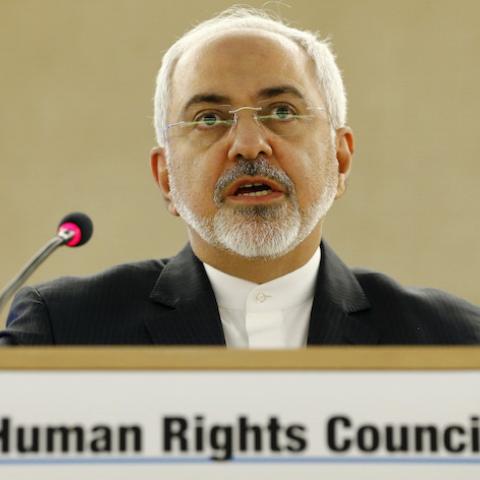 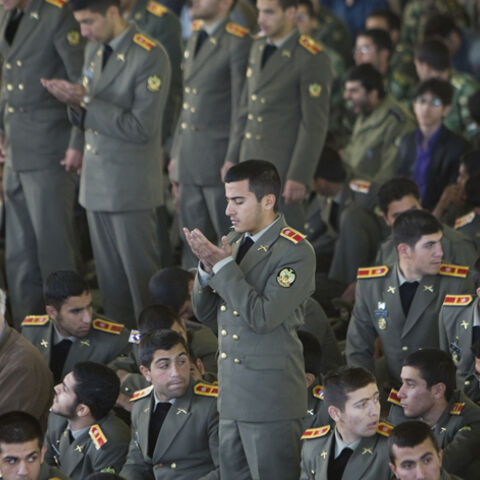