Some Turkish scholars have documented that the expropriation of Armenian property was a systematic and integral part of the genocide that began in 1915. 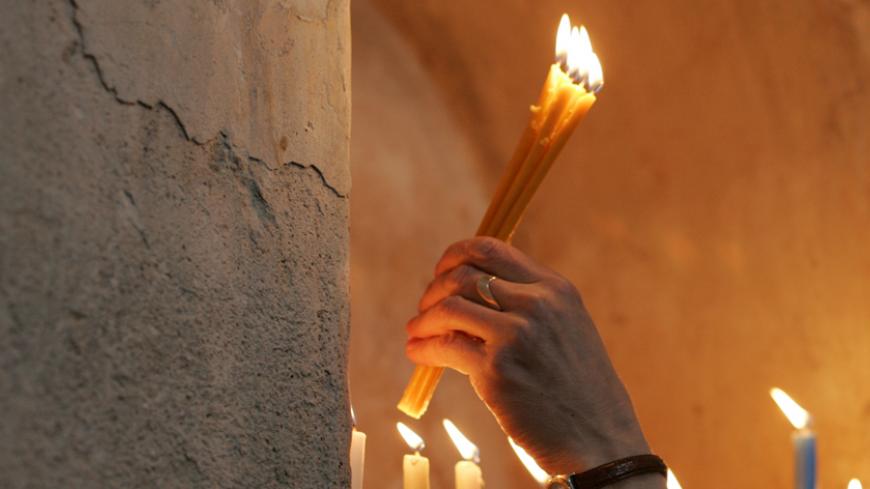 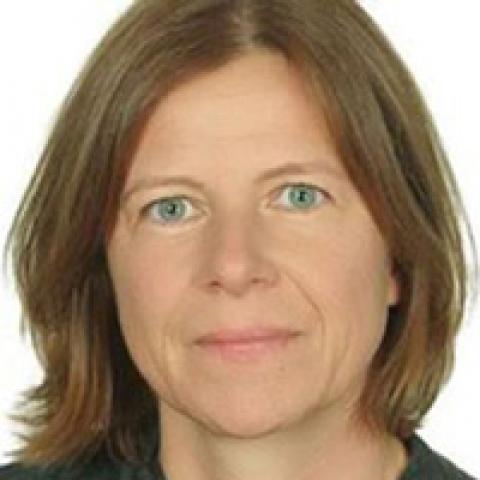 The Armenian monastery of Varagavank stands teetering on the brink of collapse in the mountains above Lake Van, in eastern Anatolia. Built a thousand years ago, and once the seat of an archbishop, it was forsaken in 1915. The monastery's buildings have more recently been used as stables, as a Kurdish villager named Mehmet Coban explained. “The manure was piled this high,” he said, marking the spot with his hand. His clan found the church like this when they settled in the former Armenian village in the 1950s, he recalled. Having shoveled out the dung, Coban now shows visitors around the church and dreams of making the village rich by turning it into a tourist destination. When he enlisted authorities to support the project a couple of years ago, it emerged that a prominent Turkish media executive in Istanbul held the deed to the monastery. His grandfather had amassed vast landholdings around Van after World War I.

“The village is mine,” the executive confirmed to the daily Taraf in 2012. Although he agreed to cede the church to Turkish authorities for restoration, his ownership of an Armenian village was not contested. This is not entirely unexpected, considering that Turkish prisons, airports and even the former presidential palace are built on what was once Armenian property and that treasure hunting for the buried belongings of deported Armenians remains something of a national pastime. While Turkey still struggles with recognizing moral responsibility for the fate of the Armenians, material restitution seems even more distant. “The mere term ‘compensation’ instills fear in Turkey,” wrote Cengiz Aktar, a prominent Turkish political scientist, in an op-ed for Repair: Armenian-Turkish Platform. Nevertheless, he said, “We must find ways to talk about it.”

The expropriation of Armenian properties during and after the deportations that began in 1915 is seen by Turkish scholars researching the period as an integral element of the genocide. Mehmet Polatel, a historian affiliated with Bosphorus University and Koc University, has called the dispossessions a “crucial part” of the cleansing of the Armenians from Anatolia. “Dispossession can be seen as one of the factors that provided genocidal motivation on the part of the genocide’s perpetrators,” Polatel argued in a recent lecture at the American University of Armenia. In an interview with CivilNet TV, Umit Kurt, a political scientist with Clark University and Sabanci University, calls the expropriations a “structural component of the genocide.”

Documents cited by these and other scholars suggest that the state had planned the expropriations and the redistribution of Armenian property and goods while deportees were being rounded up. Authorities established an extensive system for the state takeover of Armenian property through a series of laws, orders and decrees issued between June and November 1915. Commissions charged with taking stock of Armenian possessions criss-crossed Anatolia with their ledgers, carefully recording the valuables the deportees were forced to leave behind. The contents of bank accounts were swept into the state treasury, and all “abandoned” property was transferred to the state.

The “systemic control” quickly established over Armenian property by the state shows that the deportations were never meant to be temporary, Polatel argued. “The fact that the state made precise plans and enacted legal measures regulating allocation, distribution and usage of properties certainly show that the Armenians were sent to their death: Even before they were dead, their properties had begun to be managed as if they had already died.” Kurt spoke of the “considerable similarities” between the confiscation of Armenian properties by the Ottoman state and that of the Jews by the Nazi regime in Germany.

The Armenian property was redistributed in several stages. Part of it was handed to Muslim refugees from the Balkans and the Caucasus, some of whom were settled in the eastern provinces to counterbalance the Kurds, and to Muslim entrepreneurs in an effort to create a Turkish middle class and Turkify the economy. Some of it went to the state, which built prisons and police stations on Armenian land. Other lands and goods were appropriated by local leaders for their personal enrichment, while still others were distributed to the Muslim population to ensure complicity and give them a stake in the annihilation of the Armenians. The popular distribution of property “provided economic motivation to obtain support from society for the extermination of the Armenians,” Kurt explained.

All in all, the dispossession of the Armenians was “one of the largest cases of property transfer in modern history,” said Ugur Umit Ungor, a Turkish-born historian at Utrecht University in the Netherlands, in a recent lecture. The process did not end with the Ottoman Empire, as both the legal structures and the situation of redistributed property were absorbed virtually untouched into the foundations of the Turkish Republic. Public buildings all over Turkey stand on property formerly belonging to Armenians, while successful Turkish commercial enterprises grew from seed capital wrested from Armenians. “This is the Turkish economy,” Ungor said. In addition, dispossession of the Armenians and other minorities continued under the republic through policies like the wealth tax, the confiscation of Greek property after 1955 and 1964, and land expropriations from Syriacs in southeastern Anatolia in the 1990s and 2000s.

As the material debt that Turkey owes the Armenians becomes ever clearer through Turkish scholarship, the question of restitution continues to pose a conundrum. “Restitution is a politically explosive theme … and has deliberately not been discussed in this book,” Ungor and Polatel wrote in “Confiscation and Destruction: The Young Turk Seizure of Armenian Property” (2011). “The dilemma is complex: no restitution would entail the perpetuation of a colossal injustice, whereas material restitution could cause new injustices.”

Nevertheless, there is much that Turkey could do without causing new injustices, Aktar said. In terms of collective compensation, the state could begin by handing over churches and monasteries currently being used as storage facilities by the armed forces, he suggests. Beyond that, collective compensation might be modeled on the example of German compensation to Jews. For individual restitutions, Aktar pointed to a 2008 case of a Kurd who voluntarily handed ill-gotten land back to the Syriacs; still, Aktar said state compensation will also be needed.

Aktar said Turkey could make amends in other ways, such as taking in Armenian refugees from Syria and Iraq, opening the border with Armenia, offering Turkish citizenship to Armenians who want it and removing the names of perpetrators of the genocide from Turkish streets signs and places. Above all, he argued, the issue of collective compensation must be discussed. “It is hard to see how Turkey, as it becomes ever richer and boastful of its riches, can escape this,” he said. 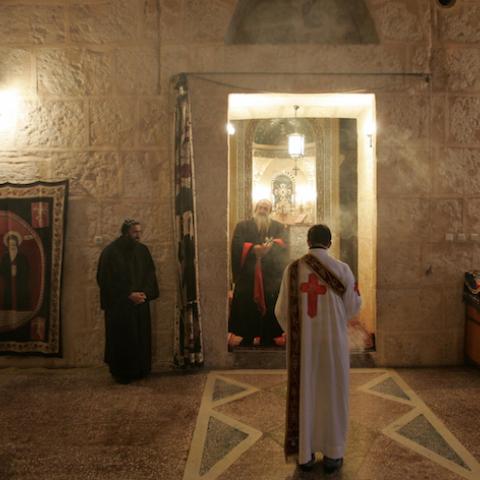 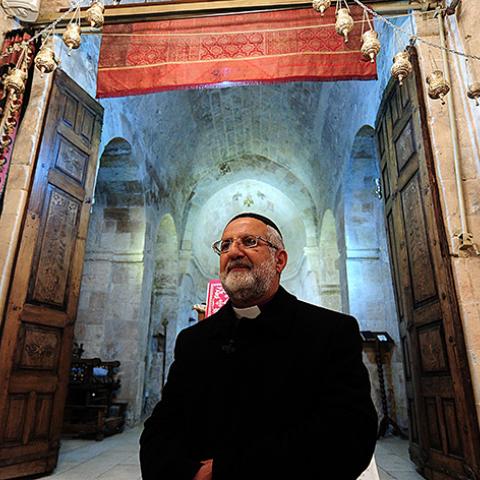 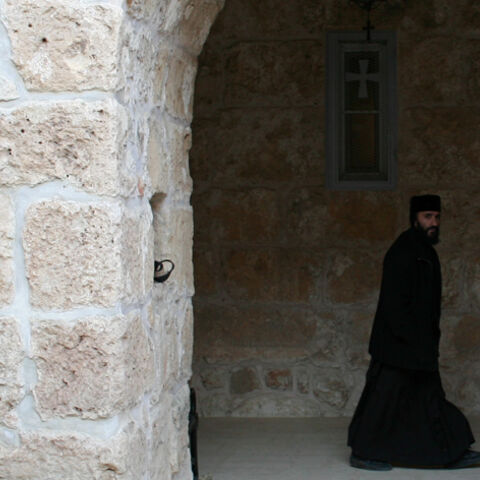