The first Iran nuclear negotiations are due to get underway in Vienna April 22-23 since a framework deal was reached April 2, amid debate in capitals about the provisional accord. US officials say rapid progress was made in the last few months, but two issues still need to be finalized. 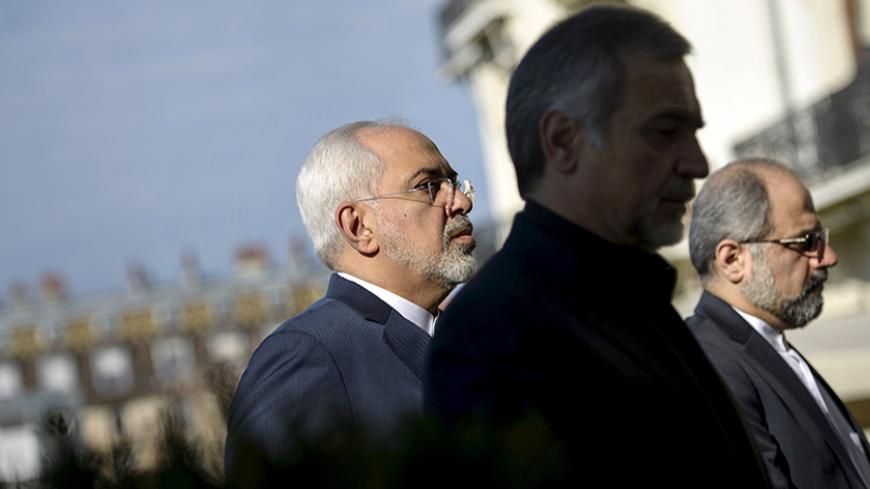 WASHINGTON — Negotiators from Iran and six world powers resume talks in Vienna this week for the first time since the reaching of a framework deal April 2 that has set off debate and some confusion over seemingly conflicting interpretations about the provisional accord.

US and Iran officials have expressed confidence that the understandings reached to date are solid, even as they acknowledge the parties choose to present them differently given domestic political considerations. They also stress there are still a couple issues yet to be resolved, including the timetable for lifting sanctions, and access and procedures for monitoring aspects of Iran’s program under a final deal.

“How sanctions are lessened, how we snap back sanctions if there’s a violation, there are a lot of different mechanisms and ways to do that,” President Barack Obama told journalists at the White House April 18. “Part of John [Kerry’s] job and part of the Iranian negotiators’ job … is to sometimes find formulas that get to our main concerns while allowing the other side to make a presentation to their body politic that is more acceptable.”

In a demonstration of the kind of creative diplomacy Obama recognized as being necessary to conclude a deal acceptable to domestic constituencies on both sides, Iran’s Foreign Minister Mohammad Javad Zarif seemingly smoothed over what some interpreted as an Iranian insistence that all sanctions be terminated on day one of a final deal, while distancing himself from a US fact sheet on the framework deal.

“On the day that we agree, we will go to the Security Council and the Security Council will adopt a resolution which will terminate all the previous resolutions and will set the stage for termination of all sanctions,” Zarif told Euronews in an April 17 interview. “This is very clear, there won’t be phased, there won’t be suspensions, it is very clear in the agreement that we announced.”

Whether pressure from domestic critics to “improve” the framework deal causes backsliding in the negotiations when talks resume in Vienna April 22-23, at the deputy level, is still unclear.

“It will hold up,” predicted veteran former US diplomat Thomas Pickering, in an April 16 press call hosted by the Bulletin of the Atomic Scientists, referring to the framework deal.

“There is inevitably, until it is all done, a tendency to want to improve, if not at the center, at the edges” such an agreement, Pickering said. “Efforts at backsliding are a normal [part of the] process of events. … [But] I don’t believe there is anything that can be characterized as a fatal flaw in the process at the moment.”

Most of the issues are agreed and not in dispute, a former senior US official, speaking not for attribution, told Al-Monitor, adding that the two main issues yet to finalize involve the timetable for sanctions removal, and access and procedures for inspectors monitoring aspects of Iran’s program.

The former US official noted the rapid progress that was made in the last few months of the negotiations, compared to the previous year.

“In the month or two leading up to the [March 31] deadline, they [the Iranians] started to demonstrate, by agreeing to things they had not previously, that they were serious about looking for a deal,” the former US official said.

In just the past few months, “they started to be more serious about finding ways to accommodate” the US bottom line that the Iranian “breakout” time in a final deal remain more than one year, which they had not previously done, the US official said. Iranian negotiators initially favored a formula to achieve a minimum one-year "breakout" — the amount of time it would theoretically take Iran to produce enough low enriched uranium that, if enriched to weapons grade, could fuel one nuclear weapon — that would have reconfigured centrifuge cascades and reduced its low enriched uranium stockpile but allowed them to have more centrifuges. But then they later came back and decided to chuck that plan and agreed to go down to 5,000 centrifuges at Natanz, less than half the number they are currently operating and a quarter of the number they have installed.

A compromise on the issue of the unfinished Arak research reactor, stuck for a year, was able to be reached when Iran agreed to the six world powers' demand that Fordow not be an enrichment site. Under the framework deal, Iran and six world powers agreed that Iran could keep 1,000 centrifuges at Fordow, but that there could be no fissile material or uranium enrichment there. Arak will be redesigned with international cooperation to reduce proliferation concerns.

Zarif said that by keeping two objectives in mind, negotiators were able to reach a compromise, but he warned that the next phase of drafting the final deal, due by the end of June, will also be difficult.

“One objective was to ensure that Iran’s nuclear program will remain always peaceful and the second objective was to remove the sanctions, and from our perspective both objectives were reasonable because Iran never intended to produce nuclear weapons anyway,” he told Euronews.

“Now we start the difficult part, the difficult path of negotiating and writing the final agreement,” he said. “That will take a lot of time, a lot of effort, but I think the political decisions have already been made.”